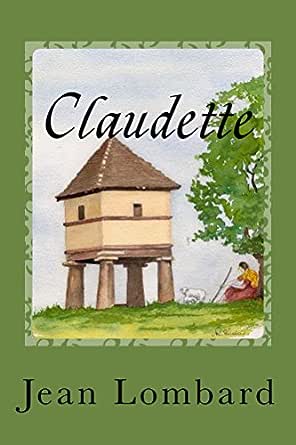 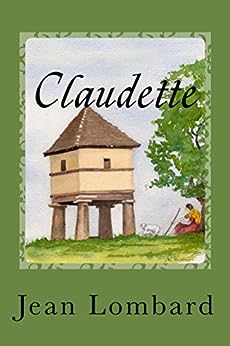 Claudette: A Woman of the Middle Ages Kindle Edition

In the small village of Castel Villa in Southern Burgundy, not far from the medieval town of Cluny, where the towers of the great Abbey reached to the sky, lived the heroes and heroines of this story. Claudette was born into a peasant family who struggled to survive and were often starving when their small harvest failed. Her life and that of her family changed dramatically when she went to work at the Chateau, to a tumultuous life she could not have imagined. In the Middle Ages, girls and women had to struggle to make their place. Labelled by the Church as the ‘first sinners’ and compared by misogynous clergy to the devil, they were at an enormous disadvantage.

Jean Lombard was born and grew up in Dublin, Ireland, where she met John Lombard, a journalist, when they were both working in Guinness's Brewery. She migrated to Australia in 1968 and married John in Melbourne, the same year. They have travelled widely, spending some years in Singapore and Russia, where John was a Foreign Correspondent for the ABC. Jean researched her first book 'An Irish Woman in Czarist Russia' while living in the former Soviet Union. Jean and John bought a ruined farmhouse in a small village in Southern Burgundy, in 1989, and later renovated it. This has been their home for the past 26 European summers. As a lover of history, Jean was inspired by life in the village to write this story. Claudette has been translated into French by Rachel Guyet, M.Lang, PhD.
click to open popover

Joy Darragh
4.0 out of 5 stars Four Stars
22 July 2015
Format: Kindle EditionVerified Purchase
I enjoyed the book very much. I love history and was able to part of their every day lives.
Read more
Helpful
Comment Report abuse
See all 2 customer reviews
Write a customer review

Simon Harrison
4.0 out of 5 stars Atmospheric Medieval tale of life and fate
18 June 2015 - Published on Amazon.com
Format: Kindle EditionVerified Purchase
I really enjoyed this read, the style was unusual but worked well as the tale progressed. Being a fan of this period, I felt it captured the times and the way life was led, while perhaps reflecting that there is nothing new in the vagaries of life. A journey through through a violent time, with pleasantly little gore. It reads like fact despite the unusual twists of the tale.
Read more
2 people found this helpful

Marion Jones
4.0 out of 5 stars I especially liked the relationship between the two women and found myself ...
19 May 2015 - Published on Amazon.com
I found this book to be a highly enjoyable read. It was obviously very thoroughly researched and presented a vivid picture of the living conditions and social mores of the time. The author’s knowledge of, and affection for, the area is evident throughout the book. I especially liked the relationship between the two women and found myself wanting to return to the book to see what happened to these very strong characters. Rosemary Sinclair's illustrations are an attractive addition.
Read more
2 people found this helpful
Go to Amazon.com to see all 3 reviews 4.0 out of 5 stars
Get FREE delivery with Amazon Prime
Prime members enjoy FREE Delivery and exclusive access to movies, TV shows, music, Kindle e-books, Twitch Prime, and more.
> Get Started
Back to top
Get to Know Us
Make Money with Us
Let Us Help You
And don't forget:
© 1996-2020, Amazon.com, Inc. or its affiliates