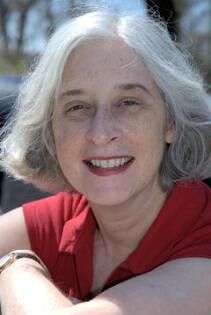 by Stephanie Cowell (Author)
4.4 out of 5 stars 357 ratings
See all formats and editions
Sorry, there was a problem loading this page. Try again.
Previous page
Next page

My new novel is coming July 2023! THE BOY IN THE RAIN, set in Edwardian England 1903, is a love story between two men, a shy young artist and a rising socialist speaker, as they struggle to build a life together against personal obstacles and the dangers of prosecution under the gross indecency laws. It will be published by Regal House and I think this is going to be a very big adventure. This is my second novel with a strong love story between two men; the first was between Shakespeare and the Earl of Southampton in my novel THE PLAYERS.

Though this is my first new novel in several years, I have been working on three or four others which I hope will make their appearance in the not too distant future.

To my great surprise, my novel CLAUDE & CAMILLE: A NOVEL OF CLAUDE MONET is still being picked up by book clubs and selling nicely in translation in Germany and Italy. It's the story of Monet in his 20s and 30s as he struggles to sell his work and manage his love for the beautiful, elusive Camille who would die young and forever remain his muse.

My other novels MARRYING MOZART, THE PLAYERS, THE PHYSICIAN OF LONDON AND NICHOLAS COOKE all continue to find readers. They were translated into several languages and MARRYING MOZART was turned into an opera.

I was born in New York City and still live there; in fact, I have lived in the same apartment for 47 years. My heart is half in England/Europe where I have family and consider myself an emotional citizen there.

Please do visit my website StephanieCowell.com. I will be starting a very special mini-blog soon about life in England 1903: arts and sexuality in Edwardian England.

4.4 out of 5 stars
4.4 out of 5
357 global ratings
How are ratings calculated?
To calculate the overall star rating and percentage breakdown by star, we don’t use a simple average. Instead, our system considers things like how recent a review is and if the reviewer bought the item on Amazon. It also analyses reviews to verify trustworthiness.

David
5.0 out of 5 stars 'Without Durand, we would have died of starvation'
Reviewed in the United Kingdom on 8 October 2020
Verified Purchase
Stephanie Cowell's novel is a delight to read, in that, whilst it is a fine novel, it is based on a great deal of historical fact. It was during a conversation with the French writer, critic and art historian, Marc Elder in 1924, that Claude Monet paid verbal tribute to Paul Durand-Ruel, the Paris-based art dealer who supported and promoted the work of what he termed the Impressionists. This novel is in large-part a love story, the relationship between Claude Monet and Camille Doncieux, who would become his first wife and the group of artist friends who developed painting en plein air, in other words, painting in the open air. Speed was the key. Any delay would result in changing weather, light, shadow and reflection, hence the quick dabs of colour in what Durand understood as the impressions experienced by Monet and his friends. Durand also appreciated that he could readily sell their work in America and Europe. However, getting to the point of fame and wealth was far from easy and up until the involvement of Durand, money was scarce to say the least. One of the early patrons of Monet's work was the Parisian department store magnate, Ernest Hoschede and his wife Alice. Monet apparently had a sexual relationship with Alice when she and Ernest were owners of the Chateau de Rottembourg on the southeast outskirts of Paris. Ernest was to become a bankrupt by 1877-1878, after which, in what was a magnificent gesture, he and his family lived with Monet and Camille in their home at Vetheuil and continued to do so even after Ernest's death in March 1891. The following year, Monet married the second love of his life, Alice. Stephanie Cowell's novel is a polished and beautifully written love story which moves along at a reasonable pace but doesn't skip the important structure. You may find it beneficial to do an on-line search on Monet, Durand and Ernest Hoschede. A highly recommended read, particularly given these difficult and sad times. Read and stay safe.
Read more
One person found this helpful
Report abuse

Sheila M.
3.0 out of 5 stars A bit disappointed
Reviewed in the United Kingdom on 12 May 2019
Verified Purchase
This book had been well used or badly stored-perhaps reflecting the price!
Read more
Report abuse

Brit Vittrup
5.0 out of 5 stars I very much enjoyed this book
Reviewed in the United Kingdom on 20 August 2015
Verified Purchase
I very much enjoyed this book. It is fiction, but I believe very close to real life. While reading the novel, I compared certain issues with a biography to be able to distinguish fiction from facts. Moreover, I found it of great interest to look up the actual paintings which the book is referring to - a
worth-while experience.The book is a true pearl for persons like me with an interest in artists and their lives. I would gladly recommend it to other art lovers
Read more
2 people found this helpful
Report abuse

Christiane
5.0 out of 5 stars A luminous novel
Reviewed in Germany on 18 October 2013
Verified Purchase
The story of Claude Monet and Camille Doncieux is the quintessential bohemian tragedy.

This beautifully written novel conjures up all the images that come to mind at the mention of this term : the desperately poor, struggling young painters sharing freezing, spartan attics and studios, the pawning of overcoats in winter, the gatherings around marble tables in dirty little gas-lit cafés, the living on bread, sausages, cheese and cheap wine, the never-ending talk about art, the painting outdoors in all seasons and weathers, the falling in and out of love, the hopes and dreams of success and the crushing disappointments.

And last but not least she is able to transmit the painters’ irresistible, all-consuming urge to give artistic expression to their inner visions.

A moving story of great love and great art as luminous as a Monet painting.
Read more
Report abuse
See all reviews
Back to top
Get to Know Us
Make Money with Us
Let Us Help You
And don't forget:
© 1996-2021, Amazon.com, Inc. or its affiliates