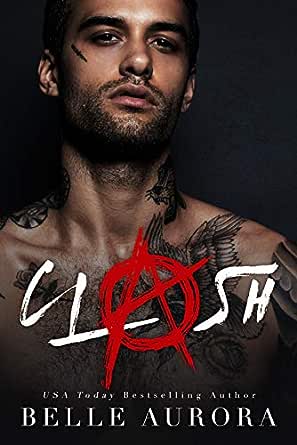 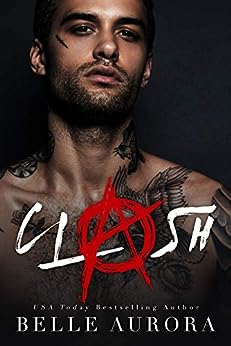 Isabella. R
TOP 100 REVIEWER
5.0 out of 5 stars 5 Fight for the One you Love Stars ⭐
Reviewed in Australia on 23 November 2020
Verified Purchase
Emmy has led a sheltered but blissfully happy life with her nana. The epitome of goodness, it’s no surprise she has spent the last 3 years trying to care for the person that raised her. Now forced to put nana in a care facility, she is in desperate need of a job and income. And it’s this reason that sees her gatecrashing a job interview she knows very little about.

With little skill but all innocent charm, she does the impossible and lands the job. Which is how she finds herself touring with one of the biggest rock bands ‘Left Turn’ as their PA. Completely out of her element, she is soon welcomed into the fold and revered by the band members, Noah, Lee, Hell and reluctantly Clash.

Connor Clash, rock god, enigmatic, and grade A tormentor. And to his dismay, he has no intention of liking the new PA, yet he keeps gravitating towards her sincerity. With many demons, Emmy unexpectedly becomes his calm.

Except she makes a rookie mistake. Emmy falls in love and flays herself open for him. Unfortunately, Clash only has one method of not coping, and that’s burn anything good to ashes and it’s devastating. I can assure you that there is a HEA for these two but the road to forgiveness is long, agonising and bittersweet.

A story of the good girl who falls in love with a rock god. Not exactly original but damn this was worth the read. Edgy, amusing, inspiring and ugly in parts. Clash was an epic read that captured my imagination and made me giddy. We have waited patiently for this story, and it didn’t disappoint.
Read more
Helpful
Comment Report abuse

TrixBelden
5.0 out of 5 stars Loved it ❤️
Reviewed in Australia on 23 November 2020
Verified Purchase
So many words in our English language to use, but all I need are these...I loved it.
Emmy, such a pure and beautiful soul. Connor, a damaged and tortured one. Their tale is weaved with wonder and hope and then pain and heartbreak and there are times when you want to say, Enough!
However if you hang on and work your way through the hard parts you can find redemption and new beginnings. How they love each other is truly next level.
The side characters are integral to Emmy and Connor’s story and I really hope we get more from them.
I really love Ms Aurora’s books and cannot wait for her next instalment ❤️
Read more
Helpful
Comment Report abuse

Jo
5.0 out of 5 stars Amazing!
Reviewed in Australia on 21 November 2020
Verified Purchase
Ahhhh, sadly it came to an end but oh what a story! Love, tears, laughter, angst, madness and emotional is how I felt and still feel after reading this book! Loved Clash and all of his sins, and Emily for being strong and standing up to him. Hoping Belle Aurora does not leave us too long for another brilliant story like this!
Read more
Helpful
Comment Report abuse

Amazon Customer
TOP 1000 REVIEWER
5.0 out of 5 stars Loved this book!
Reviewed in Australia on 21 November 2020
Verified Purchase
I adored this book! I’ve had a book hangover for months and found my antidote when reading Clash!
I related so much to Emmy! The girl who was so withdrawn from life! Thank you belle for writing Connor and Emmys story! Amazing book!
Read more
Helpful
Comment Report abuse

karlie lindsay
4.0 out of 5 stars Loved it
Reviewed in Australia on 20 November 2020
Verified Purchase
5 awesome stars for connor an emily,I absolutely loved this book,you will have laughter,anger an tears,belle makes you feel it all
Read more
Helpful
Comment Report abuse
See all reviews
Get FREE delivery with Amazon Prime
Prime members enjoy FREE Delivery and exclusive access to movies, TV shows, music, Kindle e-books, Twitch Prime, and more.
> Get Started
Back to top
Get to Know Us
Make Money with Us
Let Us Help You
And don't forget:
© 1996-2020, Amazon.com, Inc. or its affiliates