Tom Clancy's Under Fire: INSPIRATION FOR THE THRILLING AM... and over 1.5 million other books are available for Amazon Kindle . Learn more
Share <Embed> 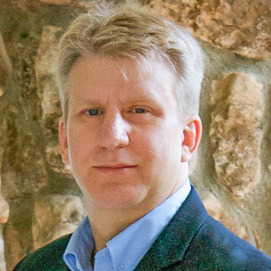 Page 1 of 1 Start overPage 1 of 1
Previous page
Next page
Start reading Tom Clancy's Under Fire on your Kindle in under a minute.

Grant Blackwood is the author of the Briggs Tanner books and the co-author along with Clive Cussler of Lost Empire and Spartan Gold. Blackwood is a US navy veteran who lives in Colorado.

3.8 out of 5 stars
3.8 out of 5
2,138 global ratings
How are ratings calculated?
To calculate the overall star rating and percentage breakdown by star, we don’t use a simple average. Instead, our system considers things like how recent a review is and if the reviewer bought the item on Amazon. It also analyses reviews to verify trustworthiness.

Mark
5.0 out of 5 stars Another great story.
Reviewed in Australia on 7 August 2017
Verified Purchase
How close to the real truth is this story. Russian block country wanting independence, and what are they prepared to sacrifice to get it.
Read more
One person found this helpful
Helpful
Report abuse

Jeremy Glass
2.0 out of 5 stars Jack's back but I really miss Tom
Reviewed in Australia on 3 September 2015
Verified Purchase
It's great to have another Jack Ryan novel to read but I have to say that I really miss Tom Clancy's writing style and prefer Mark Greaney. There was quite a lot of character detail that at times was a challenge to follow and it took a while to get going. It wasn't until the final third of the book that I found it so compelling that I had to keep reading chapter to chapter. Was still good to have a new Jack Ryan book to read and like the fact that Clark and Dom were still involved but lacked the good old depth and colour that we are used to. Still worth a read but I set the bar high, hence the two stars.
Read more
One person found this helpful
Helpful
Report abuse

Leanne Faraday-Brash
1.0 out of 5 stars Crushing disappointment!
Reviewed in Australia on 6 January 2017
Verified Purchase
Having just finished Full Force and Effect by Mark Greaney and loved every minute, I anticipated another Clancy Proxy stunner. The storyline was so confusing, characters so shallow, Ryan Junior so maverick and Campus characters so absent or late arriving I really struggled to finish it. I thought it was me and my failure to follow or that I'd Clancy overdosed, but reading other reviews I had to add my voice.
Read more
Helpful
Report abuse

Russellt
1.0 out of 5 stars Writer under pressure
Reviewed in Australia on 25 July 2015
Verified Purchase
Extremely weak plot, not well written.
Need a different writer. I was very disappointed as I had been looking forward to the new Tom Clancy. Will not go down this road again.
Read more
One person found this helpful
Helpful
Report abuse

Bernadette Thompson
5.0 out of 5 stars Good Ryan storyline
Reviewed in Australia on 25 July 2015
Verified Purchase
Good story line in Ludlum style. I prefer the full team together rather than focus on Jack but this has the political thriller and suspense we enjoy. A good read.
Read more
Helpful
Report abuse

Jeff
2.0 out of 5 stars Average Grind
Reviewed in Australia on 26 August 2015
Verified Purchase
I couldn't keep going with this one. Workmanlike, well written, but just another day in the office for Jack Ryan. What that man has been through!
Read more
One person found this helpful
Helpful
Report abuse

Kindle Customer
4.0 out of 5 stars Not as good as greaney's
Reviewed in Australia on 1 August 2015
Verified Purchase
This replacement author of Tom Clancy isn't as good as greasy but even though long of breath a good read however as I said greasy hits Tom Clancy's stile better
Read more
Helpful
Report abuse
See all reviews

Oh dear. This is what happens when you turn a Tom Clancy novel into a police procedural. It sticks out like a badly-made bed in the canon of Jack Ryan Jr books. It is so different from the rest of the series it must have been an experiment to see how far you can push your readership into accepting something that is off-piste in terms of style and pace.

Maybe this is a more realistic take on the cloak-and-dagger world, but I found it unduly complicated and I got lost after the first few chapters. The plot was unconvincing. I never quite understood why Jack Ryan Jr felt so strongly about his friendship with Seth who I wanted to double-tap because he had "trouble maker" written all over him from the start. Ysabel started off as what I thought was the potential love interest and ended up as an operative with good tradecraft.

And it was boring. I wish I'd read the reviews before I bought this book and not succumbed to my need to read all the Jack Ryan Jr books because the early ones were so fantastic. My only consolation is that I bought it second-hand and so didn't pay full price.
Read more
4 people found this helpful
Report abuse

Mr. Peter W. Bolt
2.0 out of 5 stars Ryan jnr one man killing machine!
Reviewed in the United Kingdom on 1 December 2019
Verified Purchase
A long rambling story of Jack Ryan going solo. I have decided that the attraction of the series was because he was part of a team - in this book he turns into a ‘superman’. Unrealistic plots, one moment in east Europe and then skips over to Scotland and in a week discovers and saves s kidnapped daughter of a prominent politician. Given the story the hero should be the IT chap back at base who provided all the answers, sorted out CCTVs in hotels, cracking codes. A disappointing book which far too long.
Read more
2 people found this helpful
Report abuse

Beachbum
3.0 out of 5 stars Mediocre
Reviewed in the United Kingdom on 3 December 2019
Verified Purchase
Lacked a lot of the usual Clancy-esque type of story telling. Not very fast paced and the usual disparate story.lines all coming together at the end, just didn't materialise.
The main character just isn't his Dad, or Clarke, or even Dom.
Read more
2 people found this helpful
Report abuse

Kindle Customer
5.0 out of 5 stars Action and Intrigue
Reviewed in the United Kingdom on 6 May 2019
Verified Purchase
A fitting continuation of the fantastic series of Jack Ryan adventures,I haven't read any thing written by Grant Blackwood but i will in the future.Jack Ryan Jr is a chip of the old block great and interesting characters,many twists turns in the plot may the adventures continue.Amazon has struck good again.
Read more
2 people found this helpful
Report abuse

Jon, Huddersfield
2.0 out of 5 stars Disappointing in every respect
Reviewed in the United Kingdom on 23 June 2015
Verified Purchase
The first Blackwood novels continued with the great Tom Clancy characters, and the style was very similar to the earlier books in the series. This book has lost the plausibility that was the Clancy trademark, and has some ridiculous sections. Errors have crept in. Grant, FYI an OBE is a minor honour, awarded to successful sportsmen and women, popular entertainers and charity workers. To refer to a fifty pound note and a fifty pound bill is careless. Why invent a country? Weak plot, not worthy of Clancy
Read more
7 people found this helpful
Report abuse
See all reviews
Back to top
Get to Know Us
Make Money with Us
Let Us Help You
And don't forget:
© 1996-2021, Amazon.com, Inc. or its affiliates