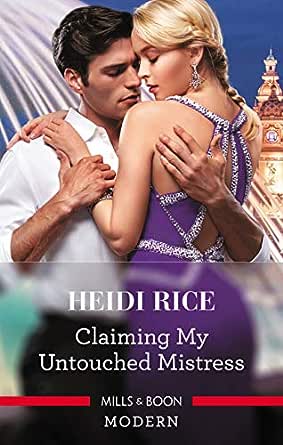 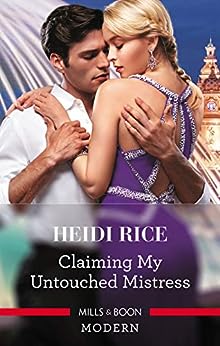 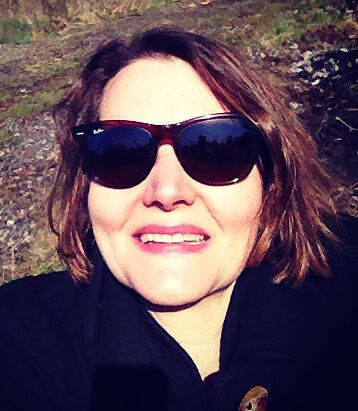 Likable characters and an interesting plot make this an entertaining and worthwhile read! - Harlequin Junkie

Heidi Rice was born and bred and still lives in London, England. She has two boys who love to bicker, a wonderful husband who, luckily for everyone, has the patience of Job and a supportive and ever-growing British/French/Irish/American family. She also has two hamsters, one of whom looks suspiciously like a rat.

As much as Heidi adores "the Big Smoke", she also loves America and every two years or so she and her best friend Catri leave hubby and kids behind and Thelma and Louise it across the States for a couple of weeks (although they always leave out the driving-off-a-cliff bit). Some of their favorite haunts so far have included Monument Valley, the Nantahala Forest in North Carolina, St. Michls in Maryland, Marfa in Texas and the Big Easy itself, New Orleans-but they're always on the lookout for new places to explore.

Heidi's been a film buff since her early teens and a romance junkie for almost as long. She indulged her first love by being a film reviewer for the last ten years for the British newspaper The Daily Mail and its Irish sister paper. Some might call this a dream job-until they had to watch five-hundred Jean-Claude Van Damme films and find something new to say about each one. So a few years ago Heidi decided to pursue a new dream job, writing romance.

Discovering the fantastic sisterhood of romance writers (both published and unpublished) in Britain, Australia and America made it a wild and wonderful journey to achieve her dream and become a published Harlequin novelist. That said, she still finds time to watch the odd movie-preferably ones with Johnny Depp. She loves to hear from her readers.

Darlene
2.0 out of 5 stars 1st person vs 3rd person (deus ex machina) perspective makes for a jarring and distracting read
Reviewed in the United States on 25 May 2019
Verified Purchase
The key is the “MY,” in the title. Tells you that Heidi has written this book in 1st, rather than 3rd (deus ex machina) voice. Bad call Heidi. I usually love Heidi Rice’s work; but she altered her writing style here and I found it to be very jarring. She adopted “first person” for the two lead characters, jumping back and forth - rather then writing from third person (deus ex machina). All other Harlequins are written from third person deus ex machina perspective. So 1st person voice is a real digression from the Harlequin brand. It was jarring (I actually hated it), having every other section switch back and forth from heroine perspective to male lead perspective. The story creativity itself was good (but not great), but writing voice really threw me.... I owned this book since its release, opened it many times to start reading because the plot interested me; only to close the book two-three pages in because of my dislike of the first person perspective writing style. Took me almost six months before i could force myself to wade through it anyway..... Heidi, please give us your other style.
Read more
Helpful
Sending feedback...
Thank you for your feedback.
Sorry, we failed to record your vote. Please try again
Report abuse

Kindle Customer
4.0 out of 5 stars Memories
Reviewed in the United States on 12 April 2019
Verified Purchase
Memories can be deceiving. Edie was at peace with her memories but Dante not so much. Dante was saved by a forgiving woman and set free of his past.
Read more
One person found this helpful
Helpful
Sending feedback...
Thank you for your feedback.
Sorry, we failed to record your vote. Please try again
Report abuse