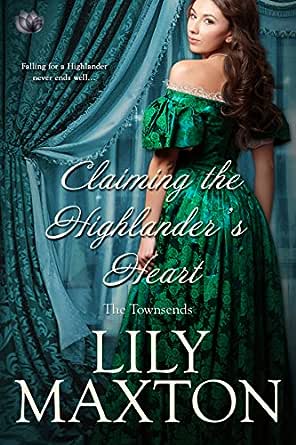 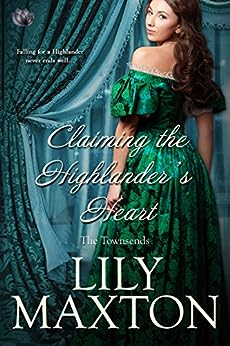 Georgina Townsend has never behaved like a "proper" lady. Her family accuses her of being impulsive, sometimes to the point of recklessness. And they must be right. Because when a band of Highland outlaws steals Georgina's late mother's music box, instead of letting the proper authorities take care of the matter, she disguises herself as a Highland lass and joins the group of outlaws to find the stolen item. She certainly doesn't plan on falling for their charming leader…

Malcolm Stewart has never met a more bold and captivating woman than the mysterious lass who suddenly shows up to join his small band of outlaws. But while she fits in easily, she's more distracting than he expected. When he returned from the war to find his life destroyed, Mal decided to get revenge on the Highland landlords, whom he blames for the death of his family. Falling in love isn't part of that plan—especially not with the sister of one of the very landlords he's sworn to fight against.

Each book in the Townsends series is STANDALONE:
* Enchanting the Earl
* The Rogue's Conquest
* A Scot's Surrender
* Claiming the Highlander's Heart

MsT
TOP 1000 REVIEWER
4.0 out of 5 stars A Great Read
Reviewed in Australia on 10 July 2018
Format: Kindle Edition
I received a copy of this book through NetGalley and the publishers for an honest review.
This is my first book by Lily Maxton and and I just loved it. With a touch of Robin Hood and his Merry Men in the guise of a Highlander and his band of thieves. They seek revenge on the Titled Men who have taken all from the them and a Heroine who has her mother's precious music box stolen by these very men, and who then decides to join the band of thieves to get it back. You have a wonderful story that kept me reading long into the night. Georgina Townsend is not all that a young lady should be or her family thinks she is a tad out of control. Malcolm Stewart is the head of the band of thieves who feels that he has been wronged by many but who also admires the spirit of Georgina for trying to join the band of thieves. As this is the fourth book in the Townsend's series I feel that maybe I will be searching out the other three books to learn more of Georgina's family history.
I recommend this book to readers who love a Highland and his lady and HEA.

Jeremy Jones
5.0 out of 5 stars This Lily Maxton Book Hooked Me From The First Page And I Never Put It Down - Even When I Was Interrupted
Reviewed in the United States on 13 July 2018
Format: Kindle EditionVerified Purchase
Absolutely fell in love with this book. I had just sat down to read this when I was interrupted. I really love Lily Maxton's historical romances, so I was really annoyed by this. When I picked up the book to read again, I received a phone call. When I hung up the phone, I turned it off. I turned the lights off in my house and I went to the basement so as not be disturbed any more and I am so glad that I did. I never put the book back down. As soon as I got done reading this, I had to get on here to give Lily Maxton 5 stars. Another excellent book from her. My only complaint is that I have to wait until her next book.
Read more
2 people found this helpful
Helpful
Report abuse