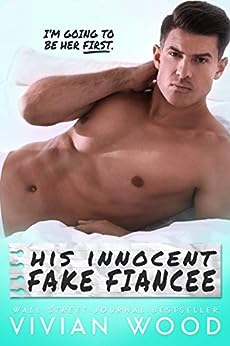 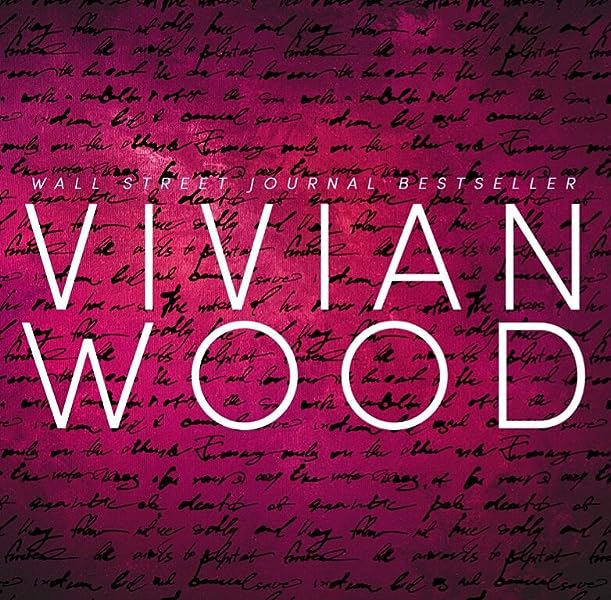 His Innocent Fake Fiancée (His and Hers Book 2) Kindle Edition

4.2 out of 5 stars
4.2 out of 5
119 global ratings
How are ratings calculated?
To calculate the overall star rating and percentage breakdown by star, we don’t use a simple average. Instead, our system considers things like how recent a review is and if the reviewer bought the item on Amazon. It also analyses reviews to verify trustworthiness.

I enjoyed reading this book and look forward to more from Ms Wood.

I voluntarily reviewed an ARC of this book.

Carla
5.0 out of 5 stars I really enjoyed the story of Poppy and Ryan
Reviewed in Australia on 16 July 2017
I really enjoyed the story of Poppy and Ryan. Best friends since childhood they have both come a long way in their careers and remained close but now feeling there could be more than just friendship. Do they give in to the growing feelings or protect their friendship above all else? They come together in some sexy scenes as they pull & push against their feelins and the story also covers the sad reality of domestic abuse and the power the abuser can have over even a grown child. I couldn't put it down and read it in one day. I happily voluntarily reviewed an arc of this book. As a side note Ryan is Eli and Ellie's brother who you will know from Vivian's other recent books. If you missed them I recommend reading them too.
Read more
Helpful
Report abuse

QueenBeeQT
5.0 out of 5 stars A Sexy BFF Romance Worth Reading
Reviewed in Australia on 18 July 2017
Ryan and Poppy have been best friends since middle school. Ryan gets discharged from the SEALs and returns home to his BFF, a medical intern. Ryan begins to see Poppy in a more-than-friends way, but she has a long term douchebag boyfriend. Will love conquer all or will their intense feelings ruin their friendship?

Well written dual POV book with a HEA and no cliffhanger. There are characters you'll love and characters you'll despise. That, to me, is a sign of a great book. With twists and turns you won't see coming, Vivian has written a book that is hard to put down. And speaking of "hard", Claiming Her Innocence has some pretty awesome sex scenes they may leave you hot and bothered. I voluntarily read an advance review copy of this book. Thank you Vivian! :)
Read more
Helpful
Report abuse
See all reviews

Tru
1.0 out of 5 stars Cheating justified.
Reviewed in India on 20 October 2019
Verified Purchase
Disgusting... Both the guy and the girl. Can't abide cheating on your partner being justified. Just break up with the partner first before sleeping with someone else... And no... It doesn't matter how bad they arr. Break up first.
Read more
Report abuse

Kat Meeks
5.0 out of 5 stars Absolutely incredible read about two people that are destined for each other.
Reviewed in the United States on 15 July 2017
Verified Purchase
*Possible Trigger Warnings Domestic Violence*
This is a friends to lovers book. Poppy and Ryan have been friends since middle school, when oddly enough Poppy came to Ryan's defence when no one else would. They stuck all through the years like glue as no more than friends, no matter what others said about them.
As a child, and an adult, Poppy was repressed because of a physically abusive father. While Ryan grew up with no father, and an emotionally removed mother.
As adults, Poppy is a doctor in her internship, and Ryan is recently discharged from the SEAL's due to a knee injury. As they renew their old friendship, new feelings start to crop up between the two. Only problem is, Poppy has a boyfriend, and Ryan has started dating one of Poppy's friends. So do they stay with the ones they're with. Or take a chance on each other, even if it's at the cost of their friendship?
I received this book an an arc for an honest review, and this book was everything. I loved it. It got pretty emotional at times and made me tear up, but it was an incredible read. It wasn't just a present day telling of their lives. It took you back at times and let you see their younger selves, so you got a better idea of how they got to be who they are, and how they came to be that way. Poppy's boyfriend is a narcissistic a$$hole that treats her like crap, but you know what they say about Karma. Through highs and lows, SERIOUS steamy scenes, Poppy and Ryan get the HEA they were meant to have, the one that was set for them the minute Poppy threw a can of coke at the bullies head. This is most DEFINITELY a book you need to read.
Read more
8 people found this helpful
Report abuse

Kindle Customer
3.0 out of 5 stars It's okay
Reviewed in the United States on 4 April 2021
Verified Purchase
I was actually expecting it to be better than it is.
I like/hate the characters as is appropriate for their rolls.
But there are some inconsistencies with the leading man having been a recently returned home Navy Seal who supposedly is suffering from PTSD. He just walks right in to a bar without any caution and turns his back to the room...hmm? Then there is a scene where his fake fiance is surprised he can drive a boat? Really? She knows he was a NAVY SEAL, RIGHT?
At that point I quit reading. What is going on with editing these days?
Read more
One person found this helpful
Report abuse

Christi Love4Books.me
4.0 out of 5 stars The Journey from Friends to Lovers is Rocky
Reviewed in the United States on 9 April 2020
Verified Purchase
Title: Claiming Her Innocence
Author: Vivian Wood
Format: Ebook
Genre: Romance, Friends to Lovers, Military (SEALs), Virgin
Standalone: Yes
Part of a Series: Book 3 of the His and Hers series
POV: Ryan and Poppy
Steam Level: Toasty
4/5

Claiming Her Innocence is a steamy and emotional journey. Ryan and Poppy have to overcome so much in order to make their relationship work. There was a lot of drama and ups and downs throughout. Vivian Wood does a fantastic job of getting you just close enough to the fire to feel the heat but far enough away to not get burned. And this story is explosive. I found myself rooting for Ryan and Poppy but also yelling at them and their decisions.
Read more
Report abuse

Maria Hunt
5.0 out of 5 stars Great Friends to Lovers Romance
Reviewed in the United States on 18 July 2017
Verified Purchase
I am loving getting to know the Scott family and I have to say that Ryan Scott is by far my favorite! Ryan is so loving and caring when it comes to Poppy that you can't help but love him and root for him to get the girl. With Ryan and Poppy's story Vivian shines a light on the effect alcoholism and abuse can have on a person(*trigger warning). Ryan Scott has been recently discharged from the Navy SEALs due to a knee injury. When he comes back home the one person he wants to see is his best friend, Poppy Baker. Poppy and Ryan quickly became friends in middle school when Poppy came to Ryan's defense against a class bully. Growing up they have remained close no matter what others said about them. Poppy is completing her medical internship. She is exhausted and not really happy with her life. Her relationship with her boyfriend, Will is not the most loving or supportive. Due to a childhood of abuse Poppy has learned to deal with the hand she has been dealt and not expect more. When Ryan surprises her she is ecstatic to learn that he will be staying in town. As they begin spending more time together they realize that something is different this time. Poppy and Ryan begin to see each other in a new light and their feelings slowly start to change. Ryan wants Poppy but she is hesitant to risk losing the one person she knows will always be there for her. The chemistry between them sparks and I love the slow burn between them. Can Ryan make Poppy realize that what she has been yearning for is right in front of her? Can Poppy get over a past that still plays a part in her current life? I highly recommend you read Claiming Her Innocence to find out! You won't be disappointed with this sweet, sexy, and emotional friends to lovers romance. I voluntarily reviewed an Advanced Reader's Copy of this book and purchased it as well to support Vivian and her amazing story.
Read more
Report abuse
See all reviews
Back to top
Get to Know Us
Make Money with Us
Let Us Help You
And don't forget:
© 1996-2021, Amazon.com, Inc. or its affiliates