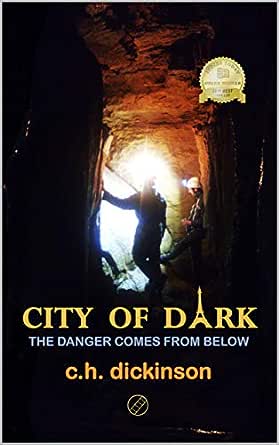 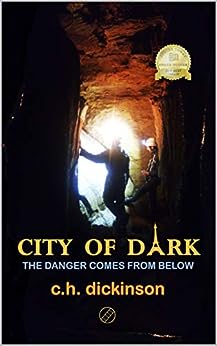 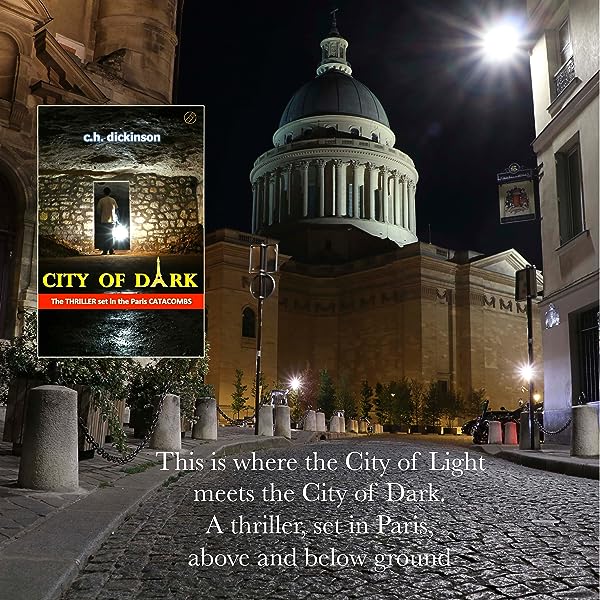 The Paris catacombs. The city’s subterranean shadow. Hundreds of kilometers of tunnels. A land of history and legend, where the underground explorer treads a fine line between reality and irreality. Below the City of Light, this is the City of Dark. As the top inspector on the counter-terror squad, Khalid Sadiqi thought he knew everything there was to know about the city's weak spots. But even he is rattled when he arrives at Val de Grace military hospital and discovers that not only has the Prime Minister been assassinated, but the catacombs were used to break into the secure facility. As if that weren’t enough, the killer has left behind puzzling messages making the attack feel like a warped game of cat-and-mouse. As the link to the catacombs crystallizes, Sadiqi teams up with Antonia Corrigan, a vibrant foreign engineering student who enlightens him on the world below the city. Not only does she have intricate knowledge of the layout of the underground tunnels, she also knows all the myths and legends that will provide deeper insight into the case. But will her knowledge of the tunnels below ground be enough to stop the mayhem above?
click to open popover

Maureen
5.0 out of 5 stars Terrific - would make a brilliant movie!
Reviewed in the United Kingdom on 28 November 2019
Verified Purchase
* 4.5 stars *

Many people visiting Paris will have taken a tour of the catacombs - that ethereal world beneath the busy streets of the French capital. These are the public parts, accessible for a small fee, but the tourist tunnels are just the beginning. Seventy feet beneath the surface, well below the Métro and the RER, there lies a vast network of mines and tunnels not accessible to the general public.

Some of these tunnels have access to Government buildings, schools, and hospitals. Now, imagine if those tunnels were utilised by a terrorist organisation - using explosives or some noxious substance that could kill those going about their daily business in the buildings and streets above whilst evading detection themselves below!

This is the terrifying scenario that Inspector Khalid Sadiqi of the counter terrorism squad is faced with in City of Dark. The opening scene is at the Val de Grace military hospital where the prime minister has been assassinated. This is a particularly secure facility, but it appears that his killer accessed the building from the catacombs, and also left behind messages taunting his pursuers.

Sadiqi teams up with Canadian engineering student Antonia (Toni) Corrigan in his quest to catch the killer. Toni is an expert on the catacombs, her knowledge is second to none - don’t forget that this claustrophobic world below Paris is a place where it’s easy to get lost and find oneself continually hitting dead ends, and the likelihood of never finding your way out is entirely possible, so Sadiqi definitely needs her knowledge, if he’s to discover the killer’s lair.

This was an exciting and well researched storyline, with much historical and political detail. The surly Sadiqi contrasts with the bubbly and quirky Toni, but though Sadiqi is drawn to her romantically, he’s not entirely sure she’s trustworthy.

Well written, with a frightening but credible scenario. I could see this transferring to the big screen quite easily, and I would be first in the queue to see it!

a rondel
5.0 out of 5 stars Page turner
Reviewed in the United Kingdom on 19 June 2019
Verified Purchase
A great story set in a Paris rarely seen by most. Catacombs, Free masonry, jeopardy. A real page-turner.
Read more
Helpful
Report abuse

Rodney Simpson
5.0 out of 5 stars Brilliant and rare
Reviewed in Canada on 22 February 2020
Verified Purchase
The connection between France and Quebec is rarely seen in literature. This book brings it to light. To English Canada, Quebec ranges between a historical artefact and a severe pain in the ass. The story also highlights the sheer corruption of French politics. Not simply money, but control. One line in here stand out. All these years after The Revolution, France is still run by a clique of aristocrats. As one who lived there, you are left with the same question. What breeds such a level of arrogance when nothing in the country's history supports it. The references to Algeria are very telling. In a century of dirty wars, it was one of the most evil, again based on the sense of superiority to emblematic of the French. Living in Algeria after it was all over, one constantly came across the scars and the deep bitterness. Nothing in modern day Bosnia compares with what was evident in Algeria of the late 60s.
Read more
Helpful
Report abuse

Susan MURRAY
5.0 out of 5 stars A really good read!
Reviewed in France on 9 August 2019
Verified Purchase
This is a great first novel and better than many other detective books I have read recently. The plot is terrific and original, the characters attractive, and the research that has gone into it impressive. While it is perhaps a little bit too long, it is full of fascinating information and I learnt a lot of new things about Paris. In addition, I particularly appreciated the strong female character. I also think it would be excellent material for a film. Highly recommended!
Read more
Helpful
Report abuse

Client d'Amazon
5.0 out of 5 stars Great read (especially for Paris lovers)!
Reviewed in France on 9 June 2019
Verified Purchase
A real page-turner that will take you on a thrilling tour of both overground and underground Paris. Dealing with terrorist threats and our ageing democracy, the plot is anchored in today's zeitgeist, while revealing a lot about Paris history.
As the story unfolds, led by very relatable characters, you will discover the Latin Quarter's hidden corners: what lies above and below its historical landmarks, such as elite schools and political institutions, end even its most secretive organisations.
Read more
One person found this helpful
Helpful
Report abuse

Woof
5.0 out of 5 stars An absorbing book
Reviewed in France on 4 January 2020
Verified Purchase
City of the dark takes the reader into a cleverly designed and quite credible plot involving terrorism, cops, academics and the city of Paris in a stuffy summer. Even if you know Paris quite well, you will surely learn a lot about the history of the catacombs and the game of cat and mouse between cataphiles and "cataflics" (the quarry police brigade). The catacombs provide an oppressive, dark and dangerous environment, which suits perfectly a thriller book.
The characters are endearing and the author takes the time to set up the scene, so that the book gets more absorbing as pages scroll.
Read more
Helpful
Report abuse

Jeanette Bicknell
5.0 out of 5 stars A fun, engaging novel
Reviewed in Canada on 7 August 2019
Verified Purchase
A fast-paced, very readable novel set in Paris. Some of the action takes place in the city's extensive network of catacombs.
Read more
Helpful
Report abuse

Greb
5.0 out of 5 stars City of Dark
Reviewed in Canada on 11 August 2019
Verified Purchase
A gripping story that takes place in Paris. Told with some humour. Definitely worth reading.
Read more
Helpful
Report abuse

Françoise
5.0 out of 5 stars For mystery lovers and Paris lovers
Reviewed in France on 12 June 2019
Verified Purchase
I really enjoyed reading this book. The author literally takes us through Paris, both above and below ground. What's more, it's the Paris I love, the Quartier Latin. The story is thrilling, and the characters are well encamped.
Read more
One person found this helpful
Helpful
Report abuse
Load more international reviews

Kindle Customer
4.0 out of 5 stars Very engaging and suspensful
Reviewed in the United States on 26 October 2019
Verified Purchase
I thought the characters were very good and well-developed. I really like the subject matter and how the author tied in the underground and above-ground pieces along with the different policing forces. The plot was awesome if lots of twists and turns. I did feel at certain times that there were some unnecessary descriptions that could have been cut but the writing was still good.
Read more
Helpful
Report abuse