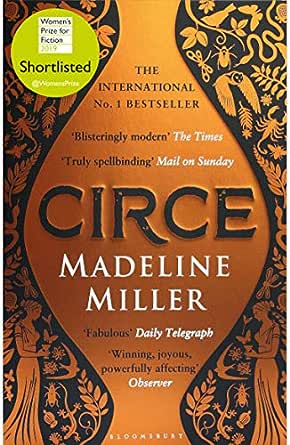 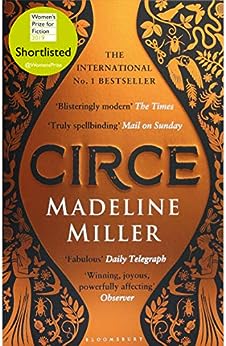 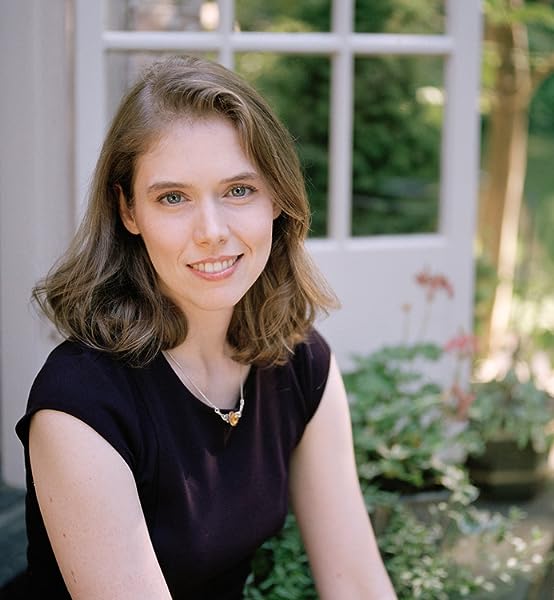 Circe: The International No. 1 Bestseller - Shortlisted for the Women's Prize for Fiction 2019 Kindle Edition

A novel to be gobbled greedily in a single sitting (Observer)

Circe is poised to become the literary sensation of the summer, as much for the quality of its writing as its timeliness (Sunday Times Magazine)

A triumph (The Times, Books of the Year)

Circe back as superwoman . Homer's witch get a kickass modern makeover. Miller's Me Too-era, kickass portrait of a woman trying to defy the men and Fates arrayed against her is enchanting. Blisteringly modern (The Times)

In a thrilling tour de force of imagination, Miller makes her otherworldly heroine a complex, sympathetic figure for whom we cheer throughout. Circe is a truly spellbinding novel, the mesmerising shimmer of ancient magic rising from it like a heat haze (Mail on Sunday)

A brilliantly strange work of mythic science fiction, as effortlessly expressive within the palaces of gods as it is about the world below . Superb . This is both a fabulous novel and a fascinating retelling; the best compliment, perhaps, that any myth could hope for (Daily Telegraph)

This year's novels were filled with the angry clamour of women's voices: ignored, idealistic or excitingly ambivalent. Madeline Miller reflected the mood for feminist revisionism with her lissom follow-up Circe, which casts the witch goddess in the Odyssey not as a bit player in a man's epic but as the star of her own show (Claire Allfree Daily Telegraph, Books of the Year)

It was a big year for creative retelling of myth and pre-modern literature; a favourite was Madeline Miller's Circe, a distinctive, lyrical novel about power, agency and reponsibility, from the point of view of this crafty, much-misunderstood goddess (Emily Wilson Times Literary Supplement, Books of the Year)

The writing is lovely, the tone assured, and the touch just right (Alexander McCall Smith Independent, Books of the Year)

'Fabulous. Bold and sensuously written, it plays brilliantly with the original myth of Circe.' (The Daily Mail)

'This is both a fabulous novel and a fascinating retelling; the best compliment, perhaps, that any myth could hope for.' (The Daily Telegraph)

'In a thrilling tour de force of imagination, Miller makes her otherworldly heroine a complex, sympathetic figure for whom we cheer throughout.' (Mail on Sunday)
See all Product description

Dianna Cooke
5.0 out of 5 stars Better
30 May 2018
Format: Kindle EditionVerified Purchase
I enjoyed The Song of Achilles, but delighted in Circe, a really lovely story. This was such a pleasure to read, thoughtful, with a sound knowledge of character and detailed knowledge of the myths and legends of Ancient Greece. Circe herself is a wonderful woman, growing from an insecure child desperate to belong, to be loved, in a world that mocks weakness or need. By the novel’s conclusion she finally knows herself and has come to terms with her needs. One hopes for her future.
The other wonderfully realised character is Penelope still growing in old age, looking forward to joining her dead when the time is right, rather than regretting a wasted life.
I am already missing walking barefoot across Circe’s island as the moon rides the night skies watching lovers.
Read more
2 people found this helpful
Helpful
Comment Report abuse

margaret visciglio
5.0 out of 5 stars Weaving Greek Magic
6 June 2018
Format: Kindle EditionVerified Purchase
''Circe' recapitulates the story with which we are familiar from 'The Odysseus' - that of the witch who dwells on an island on which Odysseus tarries on his journey back from the battle of Troy - but delves into the circumstances behind that incident and gives insight into the reasons why Circe lives on that island and why she turns men into swine. Circe is not just a run of the mill Greek witch, but the daughter of the Sun who was exiled to her island for her crimes of defying the Olympians and aiding Prometheus who had gifted mankind with fire. The first sailors who come to Circe's island rape her, and she perceives them as swine and therefore avenges herself by changing them into pigs. Odysseus, the trickster, manages to evade this fate but lingers far longer than he had intended on the enchanted isle - long enough for Circe to conceive a son. Later, in a classic Greek tragic twist, that son slays his father, but Penelope (Odysseus' wife, who had spent the twelve years of the Trojan War waiting for her husbands return while weaving and repelling unwanted suitors) and her son Telemachus come to the island and a new family grouping is forged. This is the Greece of the classics transformed into a very readable version of the old myths that keeps the reader enthralled while remaining true to the sources.
Read more
One person found this helpful
Helpful
Comment Report abuse

Samantha J
5.0 out of 5 stars I loved this book
8 July 2018
Format: Kindle EditionVerified Purchase
A fascinating and gripping re-telling of some of the most famous Greek myths, through the eyes of the enchantress, Circe. The book is beautifully written. I found myself immersed in the story and not wanting it to end. The characters include Circe herself, her family, some of the Greek gods and other famous mythological figures including Odysseus and Scylla.The characters are sensitively drawn and very believable, even though they inhabit a mythological world. To say too much more about the story would risk spoiling it for other readers. The story and characters will stay with me a long time. If you enjoyed "The Children of Jocasta" by Natalie Haynes, you will enjoy this book too.
Read more
One person found this helpful
Helpful
Comment Report abuse

Kindle Customer
5.0 out of 5 stars Amazing new book from Madeline Miller
20 May 2018
Format: Kindle EditionVerified Purchase
I loved this book. Miller's writing is beautiful and really pulls you into the world she has created. It was a story about growth and retaking power that had me captivated throughout the telling.
I read Song of Achilles when Miller first released it and to this day it is still one of my favorite books, Miller's writing and story telling ability has gotten even better in the past 7 years and has made Circe a fantastic read.
I would recommend picking up this book, it's a great read.
Read more
One person found this helpful
Helpful
Comment Report abuse

book worm
3.0 out of 5 stars An alright read
3 August 2019
Format: Kindle EditionVerified Purchase
This book was definitely unique to me on How it was written in aspects of character. I found it hard to like or build any positive feelings for any of the characters, especially Circe. I found at time the plot would drag on unnecessary subject then jump forward on more interesting points.

Overall, it was an enjoyable read but I wouldn't be shouting from the roof tops about this book.
Read more
Helpful
Comment Report abuse

Heather Howard
TOP 1000 REVIEWER
5.0 out of 5 stars This is a wonderful and magical book
8 February 2019
Format: Kindle EditionVerified Purchase
I loved Circe as much as the Song of Achilles, I didn't want it to finish. Madeline Miller is an excellent writer and can make the legends of Homer come to life. I am looking forward to her next offering.
Read more
Helpful
Comment Report abuse

Dianne Albiston
4.0 out of 5 stars A surprise!
22 February 2019
Format: Kindle EditionVerified Purchase
How can a book about gods be worth reading I thought to myself when it was recommended to me. But indeed it is. A delightful tale about a feisty goddess and her life. Fascinating tales about gods whose names are familiar
Read more
Helpful
Comment Report abuse

Kira
5.0 out of 5 stars Compelling and truthful
17 April 2019
Format: Kindle EditionVerified Purchase
Such an authentic voice - I was completely enthralled and read until finished. Even when Circe made bad decisions ( and you were yelling at her not to...) you understood why that decision was true to the character. A well-written and enjoyable read.
Read more
Helpful
Comment Report abuse
There are 21 customer reviews and 27 customer ratings.
See all 21 customer reviews
Write a customer review

Go to Amazon.com to see all 2,082 reviews 4.6 out of 5 stars
Get FREE delivery with Amazon Prime
Prime members enjoy FREE Delivery and exclusive access to movies, TV shows, music, Kindle e-books, Twitch Prime, and more.
> Get Started
Back to top
Get to Know Us
Make Money with Us
Let Us Help You
And don't forget:
© 1996-2020, Amazon.com, Inc. or its affiliates