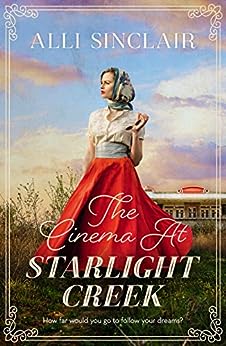 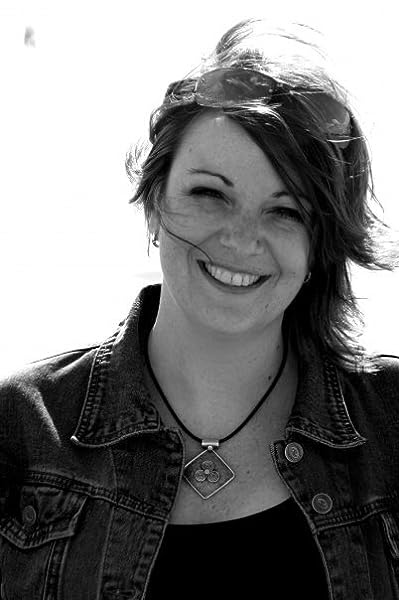 Alli Sinclair, an adventurer at heart, has won multiple awards for her writing. She is Australian and has lived in Argentina, Peru and Canada, and has climbed some of the world's highest mountains, worked as a tour guide in South and Central America and has travelled the globe. She enjoys immersing herself in exotic destinations, cultures and languages but Australia has always been close to Alli's heart. Alli hosts retreats for writers and presents writing workshops around Australia, as well as working in film on international projects. She's a volunteer role model with Books in Homes and is an ambassador for the Fiji Book Drive. Alli's books explore history, culture, love and grief, and relationships between family, friends and lovers. She captures the romance and thrill of discovering old and new worlds, and loves taking readers on a journey of discovery. Alli's website is. www.allisinclair.com. --This text refers to an out of print or unavailable edition of this title.

Cindy
5.0 out of 5 stars Great read
Reviewed in Australia on 21 June 2019
Verified Purchase
Another Amazing story from Alli Sinclair! Love all her books and she is just a brilliant human as well!
Read more
Helpful
Report abuse

Janine K
5.0 out of 5 stars Exceptional dual narrative women's fiction
Reviewed in Australia on 12 August 2019
The Cinema at Starlight Creek is a wonderful dual narrative story from Alli Sinclair. There are two time periods here - a modern one set in a small town in Queensland and the other one set in Hollywood in the 1950's. Claire is on the lookout for a historical cinema as the setting for a mini-series about a famous female architect, she discovers the small town of Starlight Creek and there is a slightly dilapidated cinema that has not been used for years. On approaching the owner she is met with distrust and suspicion by the elderly owner's great nephew and must gain trust before she is permitted to shoot the mini series in the town and cinema. She must also deal with wayward actors whose dalliances with young girls threaten the whole production. Will this production ever get off the ground?

Lena Lee is a struggling actress waiting for her big break in Hollywood. This story was fascinating, about producers and directors 'pairing up' attractive actors and actresses so they would gain a swooning audience where there really wasn't any relationship between them. Putting on a face for the public leads to all sorts of trouble. Relationships with her fellow actresses also showed the jealousy that erupts and the consequences thereafter. It also touched on the 'me too' element and the fact that women were grossly underpaid in comparison to their male counterparts. Secrets, lies & jealousy eventually link these two stories.

This is Women's Fiction at its finest and I devoured every page of this book. So nice to read something a little different in the setting of Hollywood as well.

Mandy White
TOP 50 REVIEWER
5.0 out of 5 stars Beautiful story - absolutely hooked!
Reviewed in Australia on 21 May 2019
Warning - I fear that this review may be a lot of gushing as I absolutely LOVED this book! I have not read anything by Alli Sinclair before and now I wonder why. This book has me absolutely captivated and I did not want it to end. I so looked forward to reading time to get lost in the lives of these wonderful characters. I am a lover of the classic films from Hollywood - Some Like it Hot and Breakfast at Tiffany's amongst my favourites and this book let me indulge in that love whilst reading. The writing was beautiful, setting the scenes so well between the rural Queensland towns and Hollywood - I felt that I was actually there. I am learning more and more about the fantastic writing talents that we have in my home country and Alli Sinclair is absolutely firmly on my list.

This is a story told from 2 points of views - and 2 different time periods. But the themes in both timelines are the same - strong women working in male dominated professions. Neither women is prepared to settle, believing that they are worth more and should have equal rights. Both are very good at what they do but as females they are dismissed as weaker than the men who preform the same roles. I love both Claire and Lena as characters. Worlds apart but so similar.

First of all there is the story told from Claire's point of view - in rural Queensland in 1994. Claire is working on a TV mini series and needs to convince the owner of the Starlight Creek cinema, Hattie Fitzpatrick and her great nephew :Luke Jackson to allow them to film inside the beautiful art deco building. The town do not like outsiders and her work is cut out for her. Starlight Creek is a beautiful small rural town surrounded by sugarcane and farming is what the town know. Hattie and Luke are very stubborn and Claire really has to work hard for what she wants. The gorgeous cinema is no longer used and would be perfect for the mini series.

Then we have movie star Lena Lee. She has been signed to a major studio in Hollywood but is struggling to be taken seriously as an actress and wants roles where women are seen as strong and capable. It is a difficult time in Hollywood with politics and censorship playing a big part in decisions - mostly made by the men. Male actors and even extras are being paid a lot more than the women and Lena wants equality. She puts her career on the line to try to get it as well. She is also having to hide her love affair with fellow actor Reeves Garrity. She should be happier - it is everything that she has ever wanted.

It is not clear how these 2 women relate to each other until much later in the story. It is a wonderful story that I highly recommend everybody read. This is not my usual genre, being a big reader to crime and thrillers, buut I am branching out and I am so glad that I did and that I found this book.

Released on Monday 20th May - go and get it!! It has a beautiful cover as well - what is not to love!!

Big thank you to Netgalley and Harlequin Australia, HQ and Mira for my advanced copy of this book to read. All opinions are my own and are in no way biased.
Read more
Helpful
Report abuse

Shelagh
TOP 500 REVIEWER
5.0 out of 5 stars Beautifully written and utterly engrossing
Reviewed in Australia on 27 May 2019
The Cinema At Starlight Creek is my first Alli Sinclair book and what a fabulous introduction to this talented author it has been. This is a dual timeline story and for most of the book I wondered how the two stories were linked. Don’t get me wrong - I was hooked from page one and eagerly lapped up both stories, but it took a while to see the links. Of course they were there and as with all good stories they came together very nicely at the end.
There was so much to like about this book. First of all the characters own their places on the page. Claire, Luke and Hattie in the 1994 story each had their own challenges to face. I loved the way Claire approached her work with honesty, integrity and drive, always looking for a solution when faced with a problem. I admired her grit and determination to make her way in a male-dominated industry, and I loved the way she approached Hattie with her bid to film in the Starlight Creek cinema. Hattie was also a wonderful character with her quiet elegance.
Hollywood actress Lena Lee was very much at the centre of activities in that story. Here was a woman driven to achieve equality for women at a time when women were expected to take a back seat. Author Alli Sinclair has done her homework well and showcased the issues facing film makers and actors of the time. The censorship board seems to have had far more of an impact on films in the 1950’s than I had been aware of, while it seems women actors faced the same issues then as now - less pay, worse conditions and difficulties in getting strong roles. I loved Lena’s efforts to improve conditions, and her loyalty to her friends in the face of a complex political climate.
This book is beautifully written and utterly engrossing. The characters wormed their way into my heart to the point that I felt as though I were watching their story unfold on a screen in front of me. I’ve absolutely loved this book.
Read more
Helpful
Report abuse
See all reviews

lynette williams
4.0 out of 5 stars a time split story
Reviewed in the United States on 27 May 2019
Verified Purchase
a time split story the early years are about Lena Lee trying to break into movies and the different way females were treated from the male"stars" the later years are set in a small dying town an old cinema in Australia the story is well written and very interesting
Read more
Report abuse
See all reviews
Back to top
Get to Know Us
Make Money with Us
Let Us Help You
And don't forget:
© 1996-2021, Amazon.com, Inc. or its affiliates