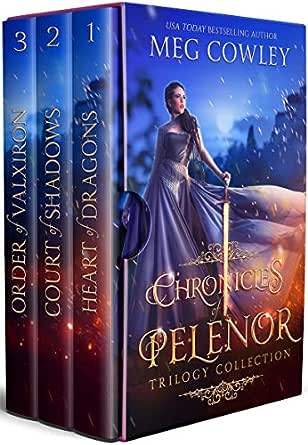 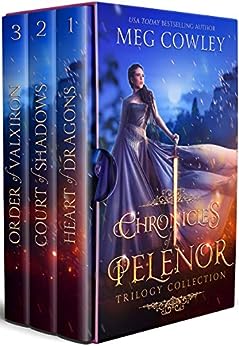 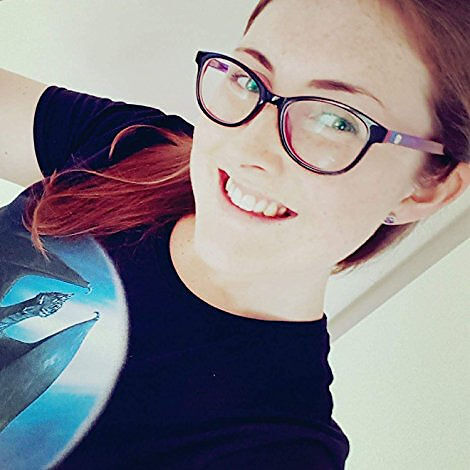 Harper discovers a legendary Dragonheart...and instantly becomes the most wanted person in Pelenor, where magic, dragons, and elves rule. She must survive - or die.

Searching for the elven King's missing Dragonheart is his ruthless Spymaster Dimitri, who has his own agenda to revolutionise Pelenor.

Harper is thrust into a web of intrigue, and her new companions - a roguish elven thief and his ragtag band - are not be the trustworthy friends she thinks.

When Harper and Dimitri's paths collide, the only thing more dangerous than lies might be the truth, for either will destroy them.

Harper and Dimitri must ally to ensure both survive the King's wrath in a court where betrayal is as easy as breathing. Who will drown in deceit, and who will rise triumphant?

Dimitri’s plans backfire as he realises that time, hate, and the darkest of magics have twisted the visionary he hoped to follow, Saradon, into an evil that seeks dominion over all – and Dimitri is bound to his cause.

Harper is bound to Saradon too in ways she could not imagine. She holds great darkness within her – and the only chance for salvation.

Betrayal rules Pelenor - but will Harper betray herself to save those she loves?

Saradon rules Pelenor with an iron fist. The Court of Tournai is beholden to him. A new Order, loyal to the Dark One of Altarea, rises under his dominion.

Trapped under Saradon’s control, Harper is drawn into a darkness she cannot escape – and from which her friends cannot save her.

War comes for Pelenor. The Dark One of Altarea will have his dominion. Will Pelenor be the first to fall, or can Harper and her far-flung companions somehow avert catastrophe?

Filled with vivid characters, complex plots, and hints of romance, the Chronicles of Pelenor is perfect for fans of SJ Maas' A Court of Thorns and Roses and Miranda Honfleur’s Blade & Rose. Read Heart of Dragons now.

Nicole Henderson
TOP 500 REVIEWER
5.0 out of 5 stars Great series
6 November 2019
Format: Kindle EditionVerified Purchase
I have read and reviewed all of these books individually on Amazon US site. Each book is a thrilling tale that for some can be a little bit gruesome, the characters are great your either going to love or hate them and maybe even warm up to some of them. The series isn’t compete yet and I can say that I’m looking forward to reading more of this great series.
Read more
Helpful
Comment Report abuse
See all 1 customer reviews
Write a customer review

E. Lee
5.0 out of 5 stars An exhilarating, action packed adventure!
16 September 2019 - Published on Amazon.com
Format: Kindle EditionVerified Purchase
An exhilarating, action packed adventure full of magic, elves, dwarves, warriors, an evil king, court intrigue, machinations, power grabs and many more wondrous characters. Very well written but I would expect nothing less from Meg Cowley. Also, the plot twists seem to come at you while not anticipating them at all. The world building is fantastic! Many scenes she describes are very vivid and full of wonder and magic. People, places and things brought to life in your imagination. The last book in this series brought chills to my bones. You can literally feel the dark evil that pervades in this book. Meg Cowley has done a terrific job capturing the evil in these characters. Likewise, Ms Cowley has captured well the suffering of the those characters who are working against this evil in their own way. This box set is well worth the price. It allows the reader to consume each book without having to wait for each book separately. I highly recommended it.
Read more
16 people found this helpful

Reena
5.0 out of 5 stars Fans of Sword & Sorcery Epic Fantasy will definitely love the Pelenor Chronicles!!!
14 September 2019 - Published on Amazon.com
Format: Kindle EditionVerified Purchase
I've read the first two installments of the Pelenor Chronicles individually and then binge-read them just before reading the third. Oh boy, what a ride that was!!! Each book is darker than the previous, yet with attention to detail and vivid descriptions, that had me picturing the story unfolding in my mind's eye while reading.

I really loved Meg Cowley's portrayal of each main character, as they develop and grow with each passing page. Harper's character keeps developing from the innocent and naive girl we came to know in the first book to a strong female character that is prepared to do what needs to be done, Dimitrius is not the villain he appeared to be, Aedon has more depth than the lighthearted elf we've come to know. Each and every one of them have a part to play in the greater scheme of things, and I'm definitely anxious to read what comes next. The ending and Harper's and Dimitrius' separation, just as they've started to develop their relationship, left me heartbroken. I sincerelly hope the next installment comes soon!!!

If you haven't read any of the Pelenor Chronicles, I strongly recommend grabbing this boxed set and lose yourself in the wonderful universe Meg Cowley has created.

Gerald W Denny
1.0 out of 5 stars Give me the ability to exclude authors.
26 September 2019 - Published on Amazon.com
Format: Kindle EditionVerified Purchase
I know what I want. Yet I have bought dozens of books where the girl fell in love with her sisters murderer; her kidnappers. She has fell in love for a non-human who has killed 1000's of non-humans and she loves a human too. She's 13 and jumps in bed with the first boy she meets. Allow me to eliminate or choose what stories I read. I am left, please allow me to draw my own morality. This has nothing to do with this author. Although, this author will be in my exclude list. This is the greed of Amazon.
Read more
15 people found this helpful

G. Walden
5.0 out of 5 stars A truly magnificent trilogy!
14 September 2019 - Published on Amazon.com
Format: Kindle EditionVerified Purchase
I have read each book individually and was delighted to get my hands on this box set. This is one of my favorites of the year...... Meet Harper and companions. There is a prophecy that says Harper's destiny is to be the ruin of the evil Saradon and the Order of Valxiron. Can it be true? It will take all of her courage and the help of her friends just to stay alive. This story has a thrilling plot and moves at a fast pace. It if full of excitement, intrigue, betrayal, frequent conflict and danger at every turn. The characters are engaging, complex and unforgettable. The author has created an extraordinary world and story that fully engages the reader. Such a well crafted story you will not want to miss out on. I give this trilogy my highest recommendation possible!
Read more
9 people found this helpful

Littlduck15
5.0 out of 5 stars Excellent story on so many levels!
11 November 2019 - Published on Amazon.com
Format: Kindle EditionVerified Purchase
Well, Men Cowley has done it again! Another fabulous story. Each character is so very real and each stage of their journey as believable as it is often unexpected. I am glad to see my favorite dwarf, Ragnar, again. It is good to travel through Altarea once more with its elves, dragons, abundant magic, evil kings, mean queens, sorcerers and of course the inevitable disparagey of many citizens. There are a whole cast of characters to enjoy, or hate, in this series. Like all of us, they have their quirks, but most of them have redeeming qualities, except for the ultimate Villan, Saradon. The author has done a fine job crafting such an evil villain in Saradon. I cannot think of one redeeming factor to associate with him, although he must have had one or more some time in his 500 plus years.
This series is a good read for just about everyone, regardless of their age.
Read more
6 people found this helpful
Go to Amazon.com to see all 63 reviews 4.4 out of 5 stars
Get FREE delivery with Amazon Prime
Prime members enjoy FREE Delivery and exclusive access to movies, TV shows, music, Kindle e-books, Twitch Prime, and more.
> Get Started
Back to top
Get to Know Us
Make Money with Us
Let Us Help You
And don't forget:
© 1996-2020, Amazon.com, Inc. or its affiliates