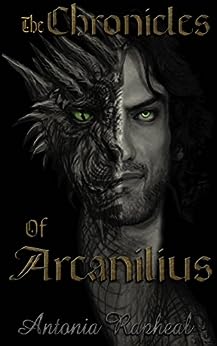 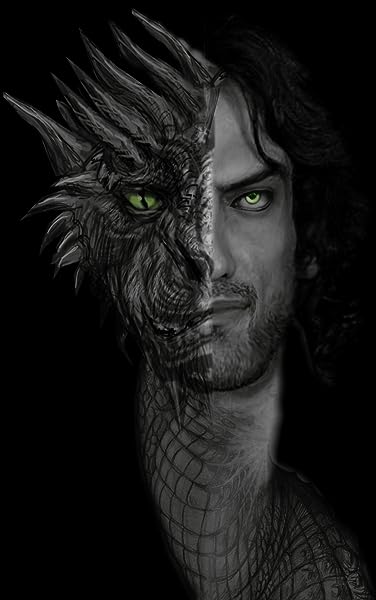 The Chronicles Of Arcanilius: Fantasy Fiction ebook of The Origin Stories Kindle Edition

by Antonia Rapheal (Author) Format: Kindle Edition
See all formats and editions
Sorry, there was a problem loading this page. Try again.
An epic journey across sweeping mountains, sparkling oceans and hounded by ferocious beasts is what Naherna, the last princess of Odgo finds herself entangled in. A simple errand turns into a quest to save her world and she finds herself surrounded by deception and betrayal.
“Times like this you can’t trust a friend let alone a stranger!”
On the treacherous road to uncovering the truth Naherna is confronted with demons from her past. Forced to choose between loyalty and truth, many will falter. Nothing is what it seems and with Varga on the brink of extinction, time is running out.
An evil Malefic has gripped the land of the seven suns in his pincers of hate and is slowly crushing them. In the battle of Gods and demons, it is the Vargans who are sacrificed. Will Naherna rewrite the code that has always been? Will Naherna and her companions find a way to save Varga or will they too fall as heroes often do? Will they turn into myth or will they fulfill the prophecy of redemption?
Will the combined might of a high priestess, a powerful wizard and Arcanilius himself be enough? Or will they fail like the others before them?
Every chapter introduces the reader to the various races of this exotic planet, Vargans, Elves, and Galshers. Varga is on the precipice of a world war, a war that threatens to engulf the entire planet and decimate its exotic life.
Varga is a magical planet. Scribes, Wizards, Warlocks and their nemesis are able to conjure magic and exploit the five elements: magic, air, water, fire, and Varga itself. But even in a world where magic abounds, there are tinkerers like Old Man Cogs, who know and believe that long after the magic disappears, his gadgets and his knowledge will survive the test of time.
Several prophecies tell of the coming of the Malefic and allude to the birth of a savior. But in a world where everyone is forced to choose sides based on their beliefs and history, who will awaken and question the very foundation of Varga? History is often written by the victors and the truth gets lost in myths and fables. Are prophecies to be trusted?

It is not easy to question what one has believed their entire life. Who do you trust? Whom do you believe? "Wisdom is the ability to see beyond what is visible, and knowledge is knowing everything that is known"

What of those who have spent their entire life seeking revenge? They have spent their waking life hating their nemesis and seeking them out. When they finally have their chance, with their enemy at their feet, do they strike? Can that final thrust which stops their enemy's heart beating quench their lifelong thirst for revenge and justice?

What makes a brother so loved and admired in his youth, turn arch enemy in his prime? Isn't wisdom and knowledge the fruits of age and experience? So what drives people to hate and bloodshed.

Let us journey to the Pleiades system, where the seven suns await us. Come, discover the world of Varga, become a part of it and uncover the Truth
Read more
Previous page
Next page
Due to its large file size, this book may take longer to download

Ever had that feeling that if you didn’t do something you’d explode? That’s writing for me. Every wildflower that exists on my sidewalk tells me a story. A story of survival, of hardships, of pent-up emotions and aspirations. As I walk on the street every nameless being that I chance upon tends to whisper into my ears untold secrets.

People talk about finding your voice, giving things a spin and plating out a new ‘version’ of the same old. I don’t have a voice of my own, I let my characters do their talking, I often censor, edit and ignore much of their ranting but it’s their stories. I am also dyslexic which really doesn’t help much but it keeps me from diluting or tainting their speech.

This is my world, and this is what I do. I write about what I hear in the whistling of the wind, the clap of the thunder that beats the mountains, the shrill screech of tyres on the road, the hum of the machinery in the farm, the ping at the supermarket checkout, the screams from the silent tears of a widow, the sighs of a child playing alone in the sandpit and mostly the untold stories of what should have, could have but did not.

Did you miss the pause in the movement of the second’s hand? I hear the story of creation in that moment. Come walk with me and let me tell you a story, about life, about dreams, hopes and the cruel death they die. Of heroes, survivors, villains and how they intertwine.