and over 1.5 million other books are available for Amazon Kindle . Learn more
Share <Embed> 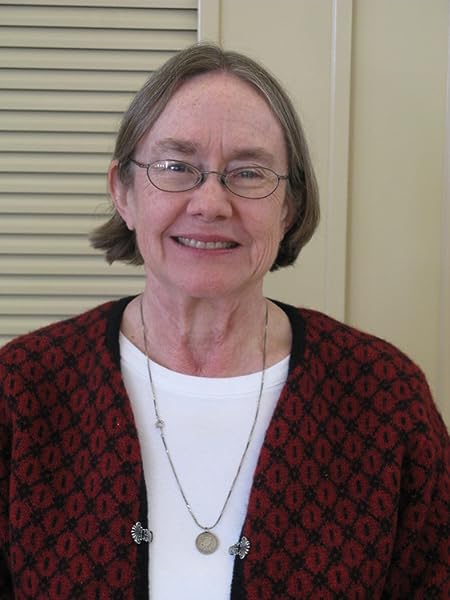 Page 1 of 1 Start overPage 1 of 1
Previous page
Next page
Start reading Regency Christmas Wishes/Captain Grey's Christmas Proposa... on your Kindle in under a minute.

Carla has always said that she only writes the books that she wants to read, which has made this whole writing business extra fun.

She wrote her first book at age six. It was called The Old Mill, and she wrote it on her mother's Olivetti-Underwood typewriter. It had a cover (she spent more time on the cover than the narrative), and consisted of two sentences. But Carla said it had a plot.

Carla was always writing something. She admits to going through that awkward, poetry-writing phase. Luckily, it passed. In high school (A.C. Jones High School, Beeville, Texas), she got involved in journalism, which was a great thing, since JHS had an exemplary journalism teacher, Jean Dugat (Miss D), the meanest teacher alive. To show how mean, she insisted that her students learn A LOT. She was the only teacher Carla ever knew who never needed a substitute when she was gone. "We wouldn't have dared not complete what she had assigned us," Carla said. Miss D was a wicked hard taskmaster, but it occurred to Carla that if she did what Miss D said, and paid attention, she'd be a writer someday.

Brigham Young University was a great place to go to college. Papers were a breeze (refer to Miss D in the above paragraph), and Carla graduated with a degree in Latin American history. She was married by her senior year, and eventually Martin and Carla had five interesting children. Martin, retired now, was a university professor, teaching theatre courses, English courses and speech, plus directing plays.

Carla says she began writing in earnest (i.e. selling stuff) when she lived in Ogden, Utah. She started out with short stories about the Indian Wars, reflecting academic interest, plus several years as a National Park Service ranger at Fort Laramie NHS. Great job. Carla said they paid her every two weeks for what she would have done for free… The result of those short stories were two Spur Awards from Western Writers of America and eventually the anthology Here's to the Ladies: Stories of the Frontier Army, which remains her personal favorite book of those she has written.

In 1983 or 1984, Carla wrote her first novel, Daughter of Fortune (she called it Saintmaker), inspired by an incident in New Mexico history. After that, her then-agent suggested she might want to try her hand at Regency romance, which turned out to be a nice fit.

Carla had written mainly for Signet and now Harlequin, with occasional academic works and state and Park Service–funded history projects thrown in to keep life interesting. She has two RITA® Awards for regencies, plus a Lifetime Achievement Award from RT Book Reviews. She doesn't belong to any writing groups because they take up too much time, and she's too cheap to pay dues.

Carla likes to write, but she does other stuff, too. More years in the Park Service meant a greater understanding of the American fur trade and Indians on the Northern Plains. She likes to read, focusing on police procedurals for her escape reading (John Harvey is her favorite such author) and whatever academic history interests her. She is currently researching coal mine history in Utah, because the Kellys moved to Wellington, Utah, in 2009, after Martin retired. Wellington is in Carbon County, well-known for coal mines. She has plans for a history of one 1900 mine disaster, and probably a novel on the same subject (she's a great one for using research many times—re: the Channel Fleet). Also in the works is a biography of Guy V. Henry, a well-known cavalry officer of the Indian Wars, Carla's primary history field. She's been known to present academic papers here and there, and never misses the Indian Wars Symposia at Fort Robinson, Nebraska.

There will always be time for fiction, though. Carla recently sold a novel that reflects her years in southeast Wyoming and her Mormon background to a Utah publishing company. She anticipates more books in this vein, partly because she has always been a bit squeamish about bodice ripping, and she's always up for new ventures.

Other than reading, Carla's only bona fide hobby is crocheting baby afghans. She does it while she watches television or rides shotgun in cars, and she's well on her way to making a gazillion.

Years ago, one of Carla's friends and fellow authors made the perceptive observation that Carla is only writing herself in her books: someone practical, down-to-earth, not Too Stupid To Live, who solves her own problems. And she writes about stalwart, caring men and women because she personally knows a lot of stalwart, caring people. She was also told by a friend, a certified graphologist (handwriting analyst), that her handwriting indicates she hasn't a creative bone in her whole body. Sigh. So it goes.

Christine Merrill lives in rural Wisconsin about ten minutes outside of pizza delivery range with her high school sweetheart and two sons, a one hundred pound golden retriever, a pond full of goldfish and two cats with active social lives. She talks frequently about getting "just a few sheep or maybe a llama." Everyone breathes a sigh of relief when she stops.

Chris has wanted to be a writer for as long as she can remember, and during a stint as a stay-at-home-mum decided that it was time to "write that book." It would be a part-time job. She could set her own hours, and would never have to wear pantyhose to work.

How hard could it be?

Seasons changed, as did the century. Manuscripts piled up, along with rejections. But she slogged onward and seven years later, she got the thrill of seeing her first book hit the bookstores.

When not writing, Chris can be found at the movies, halfway back and towards the centre, with a large buttered popcorn (but only if the film has a happy ending).

Janice Preston grew up in Wembley. At eighteen she moved to Devon, where she met and married a farmer, but she now lives in the West Midlands with her second husband and two cats. She has two children and two step-children, all now adults. Apart from farming, Janice has worked as a conveyancer, a police call handler and a university administrator. She currently works part-time for a weight management counsellor (vainly trying to control her own weight despite her love of chocolate!).

Miss Cupcake
5.0 out of 5 stars Heartwarming Christmas cheer
Reviewed in the United Kingdom on 26 March 2018
Verified Purchase
Three heartwarming stories which give a wonderful dose of Christmas cheer. My favourite was Awakening His Sleeping Beauty by Janice Preston, although all three stories were engaging and romantic. Recommended for all lovers of Regency romance, Christmas stories and for when you only have time for a quick romantic read.
Read more
Report abuse

Vicki B
4.0 out of 5 stars Wonderfully Christmassy
Reviewed in the United Kingdom on 20 March 2018
Verified Purchase
I loved the Christine Merril and Janice Preston novellas - both wonderfully Christmassy and engaging tales that I couldn't put down. I was less keen on the Carla Kelly one. It was well written and told a beautiful story, but the fact that it was told exclusively from the hero's point of view made it hard for me to get into.
Read more
Report abuse

jennifer parker
4.0 out of 5 stars Four Stars
Reviewed in the United Kingdom on 13 January 2018
Verified Purchase
lovely romantic story
Read more
Report abuse
See all reviews
Get FREE delivery with Amazon Prime
Prime members enjoy FREE Delivery and exclusive access to movies, TV shows, music, Kindle e-books, Twitch Prime, and more.
> Get Started
Back to top
Get to Know Us
Make Money with Us
Let Us Help You
And don't forget:
© 1996-2020, Amazon.com, Inc. or its affiliates