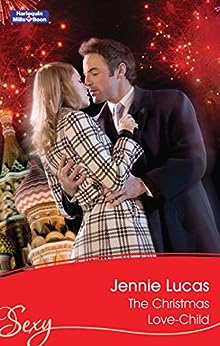 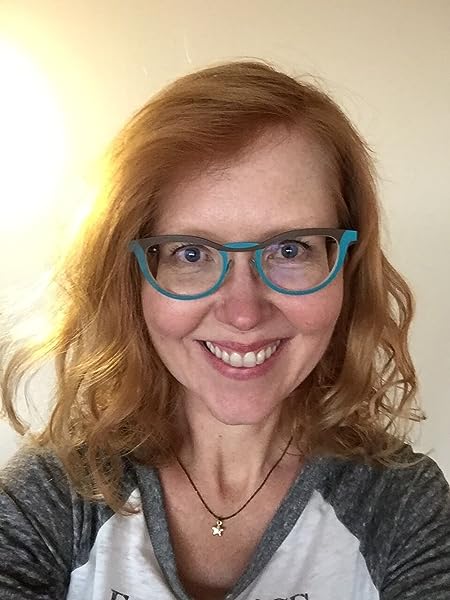 by Jennie Lucas (Author) Format: Kindle Edition
See all formats and editions
Sorry, there was a problem loading this page. Try again.

Bought for business, captured for marriage!

It's Christmas time in London, and unwittingly Grace is swirled into the sumptuous and scandalous world of Prince Maksim Rostov. When the unworldly secretary learns he took her innocence in exchange for a business deal, broken–hearted she flees.

But when Maksim discovers Grace's pregnancy secret, the ruthless Russian drags her to his guarded mansion in snowy Moscow. There he'll keep her as his captive bride and unwilling princess

Jennie Lucas's parents owned a bookstore and she grew up surrounded by books, dreaming about faraway lands. At twenty-two she met her future husband and after their marriage, she graduated from university with a degree in English. She started writing books a year later. Jennie won the Romance Writers of America’s Golden Heart contest in 2005 and hasn’t looked back since. Visit Jennie’s website at: www.jennielucas.com

Janine Taylor
4.0 out of 5 stars Cute
Reviewed in Australia on 7 December 2020
Verified Purchase
Another “HEA”, Cinderella type story. Escapism and it is an easy story to enjoy with a worldly hero and an innocent heroine.
Read more
Helpful
Report abuse
See all reviews

Carol 'avid little bookworm'
4.0 out of 5 stars REALLY ENJOYABLE
Reviewed in the United Kingdom on 3 January 2013
Verified Purchase
This was my second reading of this novel and I enjoyed it just as much as the first time 13 months ago.

There's a synopsis that tells you all you need to know and some detailed reviews already so I won't go too much into the actual story. If you like a more old fashioned romance I highly recommend this. Prince Maksim, gorgeous, successful is totally in charge. My type of main man and I adored Grace. So sweet and gentle and totally trusting.

I have a few books by Jennie Lucas and I like her writing style, she's such a good story teller; you feel as though you're there in the novel. I love the romance of Mills and Boon even though the stories are often far-fetched, it's a fine line between cheesy and sheer delightful escapism. It's a real skill to be able to take the unbelievable and turn it into an exciting read and Jennie Lucas has that skill. The chemistry between Maksim and Grace is magical, I went through all the emotions with them and the love scenes where brilliantly written and hot, hot, hot! One word of advice though, don't purchase purely as a Christmas read, the novel is set at that time of year but it's not fundamental to the story.
Read more
2 people found this helpful
Report abuse

deb Corcoran
4.0 out of 5 stars Good read
Reviewed in the United Kingdom on 29 December 2018
Verified Purchase
Kept my interest till the end liked the heroine loved the hero sorry to see the book end well done
Read more
One person found this helpful
Report abuse

KerryD
5.0 out of 5 stars A nice heart warming story
Reviewed in the United Kingdom on 22 November 2014
Verified Purchase
Maksim is a Russian Prince, handsome Alpha male. Grace is a beautiful girl both in looks and heart. There are baddies too in the form of Alan - Grace's Boss and Francesca - Maksim's Ex. The story is well written and extremely enjoyable. Recommended
Read more
One person found this helpful
Report abuse

Baseballmom
4.0 out of 5 stars Don't Betray This Russian.....d:o
Reviewed in the United States on 11 November 2014
Verified Purchase
Okay, so here's the deal, I know the h was naive and a virgin, but I thought she was emotionally immature. She believes the H only wants to seduce her for info on her boss, she asks him, he says no, she decides to believe. **News flash** he's seducing her for info, BUT, low and behold, he ends up falling in love with her and decides to put their relationship first. Of course, things go sideways, she decides he used her and runs away. Well, this big bad Russian follows her all the way to California and tries to explain, but she won't listen. Additionally, she lies to him. Oops, now he's a MAD big bad Russian determined to make the h pay for her betrayal. I liked the H, but it was tough seeing how cold and unemotional he was with h. Once the truth was revealed, the h was humble and tried to make things right, but, the H didn't want to hear it; so the h ran away. Fortunately, the H has an epiphany and chases her, next stop, the HEA. If you like a story with a lot of angst, you'll like this one.....d:)
Read more
One person found this helpful
Report abuse

Justirishgirl
4.0 out of 5 stars enjoyable
Reviewed in the United States on 11 March 2018
Verified Purchase
Not unlike the typical Harlequin Presents novel but enjoyable nevertheless. Shy virgin heroine who has low self esteem and thinks that she is plain and ordinary. A very rich hero who sees her beauty and wants her. He makes her his and they are happy for a short period of time. Hot sexy times commence. Then miscommunication leads to stupid decisions on both of their parts resulting in pushing each other way, the hero more so than the heroine. After wasting time by being miserable apart both finally recognized that they are behaving like idiots and fix things. Then a HEA with an epilogue. While it is nothing that I would reread I was glad that I read it. It was worth the money and the few hours of my time.
Read more
Report abuse
See all reviews
Back to top
Get to Know Us
Make Money with Us
Let Us Help You
And don't forget:
© 1996-2021, Amazon.com, Inc. or its affiliates