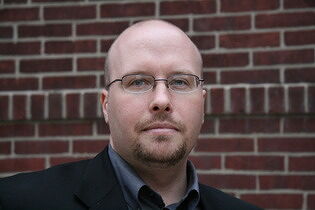 Christmas with Elvis: The Official Guide to the Holidays from the King of Rock 'n' Roll Hardcover – 8 February 2022

by Running Press (Author), Robert K. Elder (Author)
4.0 out of 5 stars 3 ratings
See all formats and editions
Sorry, there was a problem loading this page. Try again.
Pre-order Price Guarantee. Details
For Elvis, Christmas at Graceland was a time for family and friends, a respite from the road and the recording studio. It was a time to sing gospel songs around the piano and give out extravagant gifts. In this spirit, Christmas with Elvis is designed like a Christmas party Elvis himself would have liked -- it's a behind-the-scenes, definitive look at the iconic music and songs Elvis sang and recorded for his bestselling Christmas albums, while also digging into the archives and telling some of the King's favorite holiday stories. Also sprinkled throughout are Elvis quotes, trivia, Yuletide cocktails and Elvis-inspired munchies, and full-color photos and art throughout, all wrapped up with a merry Christmas twist fit for a King.
Read more
Previous page
Next page

Perfectly slated to coincide with an upcoming biographical film on Elvis, this giftable Christmas book -- celebrating all things Elvis Presley -- provides an intimate and rare look at Elvis's most iconic holiday songs and invites you to share a blue Christmas with the King himself.

Robert K. Elder is the author of several books, including Read Your Partner Like a Book, The Mixtape of My Life, and Hidden Hemingway. His work has appeared in the New York Times, the Los Angeles Times, The Boston Globe, Salon.com, and many other publications. He has worked for Sun-Times Media and Crain Communications, and is the founder of Odd Hours Media. He lives and writes in Chicago.

Robert K. Elder is the author of seven books, including 2016's Hidden Hemingway. His work has appeared in the New York Times, the Los Angeles Times, The Boston Globe, Salon.com, and many other publications. He has worked for Sun-Times Media and Crain Communications, and is the founder of Odd Hours Media. He lives and writes in Chicagoland.
Read more
Start reading Christmas with Elvis on your Kindle in under a minute.

Robert K. Elder is a tech and media executive, founder of Odd Hours Media and the author or editor of 12 books, including &quot;Last Words of the Executed&quot; and &quot;Hidden Hemingway.&quot;

Pulitzer-winner Studs Terkel calls Elder &quot;a journalist in the noblest tradition&quot; in his introduction to Elder's book, &quot;Last Words of the Executed.&quot;

&quot;Dead Man Walking&quot; author Sister Helen Prejean called it, &quot;a dangerous book.&quot; &quot;Last Words of the Executed&quot; received rave reviews in The Economist, Harper's Magazine, and The New York Review of Books, among many other outlets. The New Yorker called it, &quot;...A harrowing portrait of our justice system.&quot;

Praise for his 2013 book, &quot;The Best Film You've Never Seen&quot; came from critic Roger Ebert, who said, &quot;How necessary this book is! And how well judged and written! Some of the best films ever made, as Elder proves, are lamentably all but unknown.&quot;

Elder has deep roots in the digital media and innovation spaces, having served as the Executive Director of Digital Product Development &amp; Innovation for Crain Communications and Vice President of Content for Sun-Times Media Local. He has been a mentor at startup incubators such as 1871 Chicago and Northwestern University’s The Garage.

Elder’s work has appeared in The New York Times, The Paris Review, Salon.com and many other publications. Elder has held leadership positions at Blockchain News, AOL Huffington Post Media Group’s Patch.com and the Chicago Sun-Times. For almost a decade, Elder served as a staff writer at the Chicago Tribune.

A former member of the Chicago Film Critics Association, Elder has taught film classes at Facets Film School. He has taught journalism at Northwestern University's Medill School and Columbia College.

A Montana native and graduate of the University of Oregon, Elder lives and writes in Chicagoland.

Bernard F. A. Roughton
3.0 out of 5 stars Poor research
Reviewed in the United Kingdom on 23 October 2021
Verified Purchase
Did you know that "If Every Day was Like Christmas" first appeared on the 'How Great Thou Art' Gospel LP?
I never realised this, & strangely enough it seems to be missing on all my copies of the album...
Read more

3.0 out of 5 stars Poor research
Reviewed in the United Kingdom on 23 October 2021
Did you know that "If Every Day was Like Christmas" first appeared on the 'How Great Thou Art' Gospel LP?
I never realised this, & strangely enough it seems to be missing on all my copies of the album...

TOPPS
4.0 out of 5 stars SANTA ELVIS IS BACK IN TOWN
Reviewed in the United Kingdom on 11 November 2021
Verified Purchase
Nice xmas present for the elvis fan in your life. A few inaccuracies like " If everyday was like christmas" was from the "How great thou art" album. Not true but it was recorded at the same sessions as that album so perhaps that was what the writer meant. Nice photos and overall presentation.
Read more
Report abuse

Client d'Amazon
5.0 out of 5 stars Super livre
Reviewed in Canada on 7 November 2021
Verified Purchase
Très beaux livre d'Elvis
Read more
Report abuse
Translate review to English
See all reviews
Back to top
Get to Know Us
Make Money with Us
Let Us Help You
And don't forget:
© 1996-2021, Amazon.com, Inc. or its affiliates