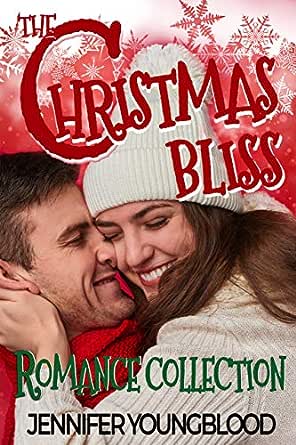 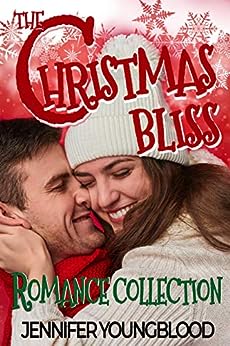 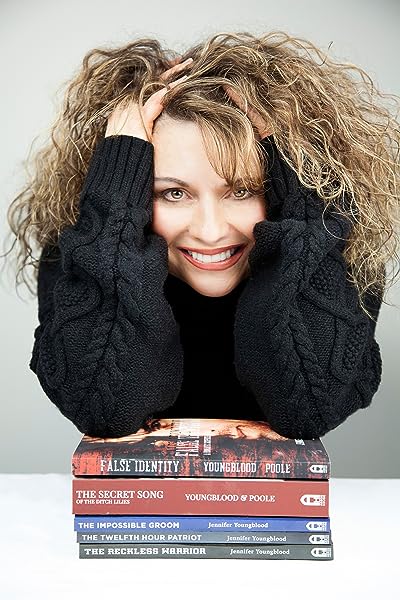 Jumpstart your holiday season with this new collection of Christmas Romances by Bestselling Author Jennifer Youngblood.

Haven Lockwood’s Christmas takes a nosedive when she discovers that her mother and identical twin sister, Brynn, ditched her, leaving her to spend Christmas alone in their New York City apartment. To make matters worse, Brynn’s boyfriend Wyatt shows up, ready to take Brynn on a road trip to Atlanta to meet his family.

Haven is fully prepared to tell Wyatt the hard news—that her flighty twin sister jetted off to Ireland with a movie star, leaving him high and dry—however, when she finds herself staring into his mesmerizing blue eyes, all explanations fly out the window. Not only is Wyatt devastatingly handsome, but also charming and witty with an adorable Southern accent that rolls like a ballad off his tongue.

Haven knows that when Wyatt looks at her with adoring eyes it’s only because he has mistaken her for her glamorous clothing designer sister. She wants to tell Wyatt the truth, but she can’t stand the thought of spending Christmas alone. As one thing leads to another and Haven and Wyatt share a near-kiss, Haven makes a split-second decision to accompany Wyatt to Atlanta—as Brynn!

When the sizzling attraction deepens to something real, Haven faces an internal dilemma—should she come clean now, before Christmas, or wait until afterwards? Will the truth destroy Haven’s chance for happiness … or will it be the very thing that brings two searching hearts together?

After a bad breakup with her boyfriend Gunner, playwright Kinsley Preston has avoided going home for Christmas for five long years. She has no intention of going home this Christmas but then gets the extraordinary opportunity to meet with an elusive author about turning adapting a worldwide bestselling book into a play. The only snag? The meeting is to take place in Kinsley’s home town over the Christmas break.

Kinsley never expects to come face-to-face with Gunner the minute she gets home, and she certainly doesn’t anticipate slipping on ice and taking him with her where she finds herself gazing like an idiot into his piercing blue eyes. No way is Kinsley going to fall for him again! Gunner broke her heart and she swears she’ll never forgive him!

Will Kinsley obtain her lifelong goal of writing a play for Broadway, or will she end up rewriting her heart instead?


Beckett Bradshaw knows what it’s like to be on top of the world and then to come crashing down to the lowest form of human existence, living on the streets. It has taken a huge amount of hard work and self control to get where he is today. He’s content with his job as a firefighter and so incredibly grateful for the miraculous recovery of his young daughter.

When a mysterious old lady shows up at the fire station and makes a prophecy that Beckett will find love by Christmas, he doesn’t believe it. Beckett doesn’t dare pray for the desires of his heart for fear that he’s used up all of his miracles.

Then, Beckett meets the beautiful and vivacious Ava Lawrence and starts to hope that maybe he really can find love. Beckett is hesitant to tell Ava about his checkered past for fear that she won’t want him. However, Ava has a few secrets of her own that could destroy everything Beckett has built.

Will a Christmas miracle be enough to bind two lonely hearts together or will the scars of the past prevent Beckett and Ava from finding the lasting love they most desire?

GMom
4.0 out of 5 stars Four Stars
Reviewed in the United States on 7 November 2019
Verified Purchase
I loved the first and third books. The second one not so much. That's why the 4 star rating. Jennifer is a fairly new author to me. I have read quite a few of them. I love the spirituality of her stories and there is a good, romantic plot.
Read more
3 people found this helpful
Helpful
Sending feedback...
Thank you for your feedback.
Sorry, we failed to record your vote. Please try again
Report abuse

Connie Roth
5.0 out of 5 stars Christmas Bliss
Reviewed in the United States on 11 November 2019
Verified Purchase
I loved this book. There were surprises and romance and faith.
I already bought the next book. I would highly recommend this one!

Martha Levy
5.0 out of 5 stars Wonderful Storys
Reviewed in the United States on 26 January 2020
Verified Purchase
I enjoyed these story's so much I didn't want to put the book down. Jennifer you are one of my favorite authors the story are clean which I do love, the stories are will thought out, they really keep my interest going. Always wanting more. Thank You Jennifer.
Read more
Helpful
Sending feedback...
Thank you for your feedback.
Sorry, we failed to record your vote. Please try again
Report abuse

Susan Pack
5.0 out of 5 stars A page turner.
Reviewed in the United States on 21 December 2019
Verified Purchase
The author created enough desperation and concern for her leads you keep reading. You have a great desire to make sure they not only get together in the end but survive the danger they are thrown in. Good job.
Read more
One person found this helpful
Helpful
Sending feedback...
Thank you for your feedback.
Sorry, we failed to record your vote. Please try again
Report abuse