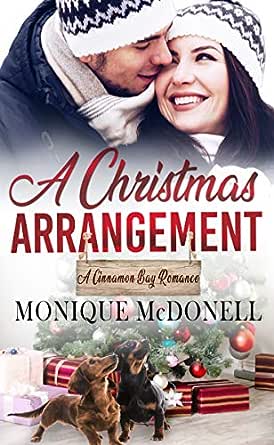 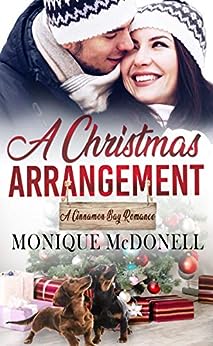 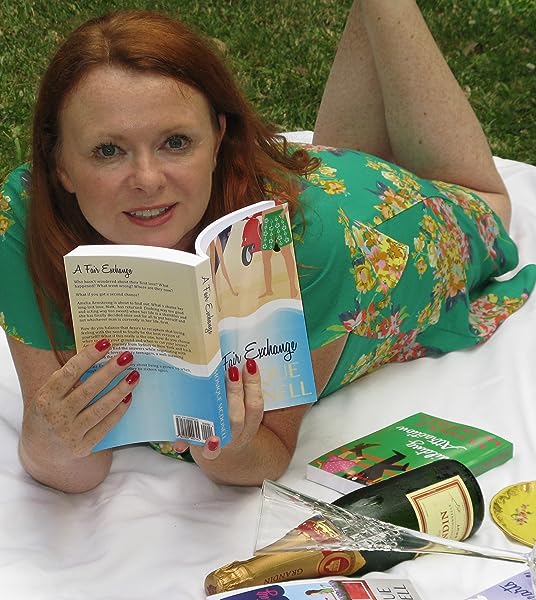 A Christmas Arrangement
☆ Tori ☆
Most people would move to a big city to get lost. I decided to move to a small town, Cinnamon Bay to get lost...in the magic of Christmas.

Somehow, I’d timed it perfectly. Trust me, this was a first. My new boss at the hairdressing salon was ready to pop out a kid, and the festivities meant that the place was positively bursting with business. I moved right in. Literally. Until the owner’s nosy, hot .brother found me sleeping in the stock room. We compromised and he invited me to stay at her place, with him.

Just because I’d never trust another man again, didn’t mean I was completely against having one to share the holidays with. In fact, I might be just what Mr. Grinch needed...for the holidays, since that’s about as long I could safely stay.

Don’t get me wrong. I’d love to stay longer. I’d love a home, but I’d grown accustomed to disappointment. I was afraid of lingering anywhere too long, since Saxon had vowed to always find me. Still, I was long overdue for a Christmas miracle. And this town seemed like just the place to get one.

My word was my bond.

I promised my sister I’d stay here and help out since she had three kids, a baby on the way, and a husband deployed overseas. I promised I’d help run the salon, keep the place afloat in her absence.

Inviting Tori to stay at the house seemed like a fair trade. I needed the help. She needed a home. Only life wasn’t fair.

Tori, if that was even her real name, was secretive, shy, and easily impressed by a small town Christmas. Soon, she had me taking part in the festivities. When things threatened to get ugly in the form of her ex, I pretended I planned to take her hand in marriage. I was a basketball player, not an actor. Soon the lines were blurred. Everyone in town was convinced we were really and truly engaged and in love. Maybe including us.

I kept reminding myself that we were too different. It wasn’t working. All I could see was how we were the same. All I felt was how much I wanted to be with her, if I could only convince her to stop pretending and really be with me.

Kathy
5.0 out of 5 stars The magic of Christmas!
25 November 2019 - Published on Amazon.com
Format: Kindle EditionVerified Purchase
Tori, runs away from an abusive boyfriend and lands in Cinnamon Bay where she takes a job as a hairdresser under very unusual circumstances. Luca, an injured former NBA player, is in the Bay to help his pregnant sister with her kids while her hubby is deployed. Author Monique McDonell set up a great meeting for our protagonists. There was a charge of electricity right from the beginning. And I've come to appreciate the charming and joyful relationships this author gives to her leading characters. Sprinkle in Christmas decorations everywhere, a fake relationship, flirting, lots of kissing, small town gossip and small town friends and you simply have the magic of Christmas. This book is just perfect for the holidays!
Read more
One person found this helpful

NASCAR ROCKS!!
5.0 out of 5 stars Awesome Story!!
2 December 2019 - Published on Amazon.com
Format: Kindle EditionVerified Purchase
Tori is trying to get away from her abusive boyfriend Saxon. After Saxon left she called about a Hair Dressing job. She left for Cinnamon Bay and when she got to the Salon she took one look at the owner and ended up delivering the woman's baby with the help Luca [owners brother]. Luca is an injured Pro-Basketball player and is in Cinnamon Bay to help his sister run the Salon and help with the kids [3 of them], as her husband was deployed. Then one day Luca found Tori sleeping in the stock room. Luca offered Tori a room at his house [Luca has a huge house by the ocean]. Luca decided that inviting Tori to stay at the house was fair since he needed the help and she needed a home. Only life was about get a bit scary. Saxon showed up in Cinnamon Bay looking for Tori. Luca and Tori decided to tell Saxon that they were engaged hoping he would leave town. Well he didn't leave and started following Tori. At one point Saxon runs Tori off the road and pulls her out of the car trys to force her to go with him. You want to know the whole story and how it ends!! Well you need to read this awesome book. I truly loved this book!!
Read more

Lisa F.
5.0 out of 5 stars Transported to a Land of Christmas Magic
25 November 2019 - Published on Amazon.com
Format: Kindle EditionVerified Purchase
I adored this delightful story! Tori has led a life of hard luck, but she's a feisty fighter and so interesting! Luca turned his tough childhood into a charmed life, but he needs to figure out where to go from here. Is Tori the answer? Does he even want to go there? Does she? A sometimes sweet, sometimes sizzling attraction simmers throughout the story, making this story compelling as it wraps us up in the charm of a small-town Christmas. Highly recommend!
Read more
One person found this helpful

But this novel was full of the biggest pet peeve I have when it comes to reading ...

This story switched from Tori’s POV to Lucas at the most random times. I was so confused as to how one sentence can be in a females voice and the next is a males. Nothing was marked when the POV was changed from one character to the other.

Honestly, it pissed me off so much I skipped to the end without reading the story. Which is sad, cause I was actually enjoying the it. But I just couldn’t overlook such a simple editing error.

J. Walker
4.0 out of 5 stars A very enjoyable Christmas novella!
30 December 2019 - Published on Amazon.com
Format: Kindle EditionVerified Purchase
Tori has been in an abusive relationship that led to her pack up her things and skips town in secret, in fear that the now ex-boyfriend will find her. Although she has little to her name, she has picked a town on the ocean’s edge hoping that the serenity helps her heal from the abuse. Arriving just in time for her interview with the owner of a salon, Tori gets the job and her life instantly begins to change for the better.
Read more
Go to Amazon.com to see all 8 reviews 4.3 out of 5 stars
Get FREE delivery with Amazon Prime
Prime members enjoy FREE Delivery and exclusive access to movies, TV shows, music, Kindle e-books, Twitch Prime, and more.
> Get Started
Back to top
Get to Know Us
Make Money with Us
Let Us Help You
And don't forget:
© 1996-2020, Amazon.com, Inc. or its affiliates