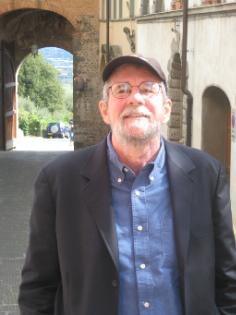 by Robert C. Jr. Davis (Author)
4.7 out of 5 stars 151 ratings
Edition: 2003rd
See all formats and editions
Sorry, there was a problem loading this page. Try again.

This is a study that digs deeply into this 'other' slavery, the bondage of Europeans by North-African Muslims that flourished during the same centuries as the heyday of the trans-Atlantic trade from sub-Saharan Africa to the Americas. Here are explored the actual extent of Barbary Coast slavery, the dynamic relationship between master and slave, and the effects of this slaving on Italy, one of the slave takers' primary targets and victims.
Read more
Previous page
Next page

'Christian Slaves, Muslim Masters is about a subject of immense importance, which has been strangely neglected...It is very well researched, and... at a time of unprecedented interest in racial slavery in America, it is interesting to read a crucial and informative preview to that subject.' - David Brion Davis, Yale University

ROBERT C. DAVIS is a Professor of Italian Social History at the Ohio State University. He has previously researched and written on gender in Renaissance Italian cities, on the shipbuilders of the Venetian state arsenal, on various forms of sport in Renaissance Venice, and on past and present-day tourism in Venice.
Tell the Publisher!
I’d like to read this book on Kindle

Robert Davis is professor emeritus of Italian Renaissance and pre-modern Mediterranean history at Ohio State University. He has studied Naples, Rome, Palermo, Venice, the Vatican, and Perugia, and mostly works on the lives of ordinary people and the values they cherished. His subjects have ranged from shipbuilders, bull fighters, and amateur boxers in Venice to the corsairs who terrorized the Mediterranean everywhere else. He has co-authored studies of Venice as the world's most touristed city and of Renaissance men and women. He has also been in a number of television documentaries, on shipbuilding, Carnival, and the Mediterranean slave trade, and is currently writing a textbook on the history of modern Europe.

subversive@lineone.net
4.0 out of 5 stars Interesting study of an important and neglected chapter of European history
Reviewed in the United Kingdom on 26 April 2015
Verified Purchase
A detailed and in-depth study of a phenomenon which is little known in contemporary Europe, and perhaps should be more widely understood. For instance, the whole North African colonial adventure by France makes more sense when you understand that the European slave trade was only permanently halted when the French invaded Algeria and Tunisia. Also, the theological justifications for the enslavement of non-Muslims is even now being discussed on broadcast and print media throughout the Middle East at the present time.

Davis' book is thick with facts and analysis which provide an absorbing insight into the economic and social impact of this unpleasant trade. The lack of a human narrative might put casual readers off, but it is definitely worth making an effort to grasp the subject matter, but there is nevertheless plenty of objectively presented examination of personal accounts of the cruelty and barbarism of the slave-takers and owners. Tantalisingly, Davis touches on the possibility that many of the European converts to Islam who so enthusiastically enslaved their former compatriots, and who wore their own Islam so lightly, may have included homosexuals escaping Church persecution, given that many of these European renegades were alleged to have sexually abused their male captives.

Davis also cautions against contrasting the European slave trade with the trans-Atlantic variety. Indeed, as early as the seventeenth century savants were asking how, if it was wrong for a Muslim to enslave a Christian, it could be right for a Christian to enslave a pagan African.

If I have a complaint about this book it was that Davis limits his analysis to the Turkish vassal states in Barbary, whose slaving, while it occasionally reached out to the British Isles and beyond, predominantly attacked the Mediterranean coasts of Europe. The Moroccan slavers, who more frequently attacked Britain and Ireland, are not covered.
Read more
32 people found this helpful
Report abuse

D. V. R.
5.0 out of 5 stars Expensive book but interesting
Reviewed in the United Kingdom on 30 May 2016
Verified Purchase
Slavery is a very sensitive subject, no matter who is being enslaved. Davis explains the causes and the reaction of slavery on its victims . We normally assume slavery was of the African native by the rich Northern Americans,however, the author reveals that there was a big market in white slaves by Middle Eastern enslavers. This trade stretched from Iceland to Tunisia to Ireland. Some of the enslaved were reluctant to return many died in the service of their captors. The trade seemed to be a cash cow to some smaller nations for several years. Not an easy read and the book is expensive but interesting.
Read more
11 people found this helpful
Report abuse

Kostal
5.0 out of 5 stars A must read
Reviewed in the United Kingdom on 2 October 2016
Verified Purchase
This book is written without any polemical intent, it is pure historical research. Yet it shows light on a very important aspect of how the muslim world interacted with Europe. It also shows a new light on slavery as a whole, and it is important to teach this aspect of things that have generally been forgotten / hidden in European history manuals.
Read more
9 people found this helpful
Report abuse

Tiw
5.0 out of 5 stars A must read
Reviewed in the United Kingdom on 23 April 2017
Verified Purchase
An extraordinarily interesting book on an almost unknown and a little explored subject. Very factual, rather than a story.
Read more
4 people found this helpful
Report abuse