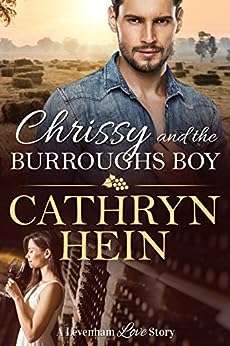 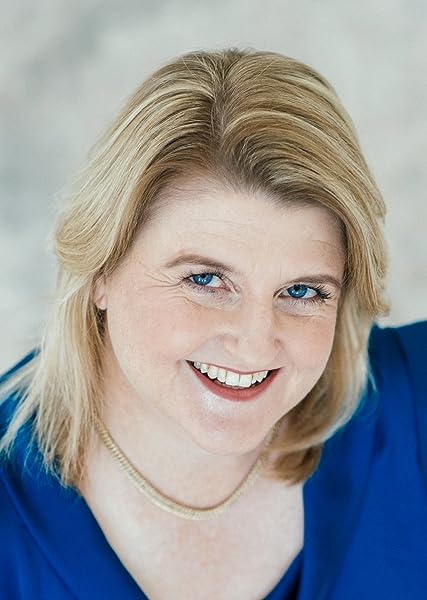 Cathryn Hein is a best-selling rural romance and romantic adventure author. A South Australian country girl by birth, she loves nothing more than a rugged rural hero who's as good with his heart as he is with his hands, which is probably why she writes them! Her romances are warm and emotional, and feature themes that don't flinch from the tougher side of life but are often happily tempered by the antics of naughty animals. Her aim is to make you smile, sigh, and perhaps sniffle a little, but most of all feel wonderful. Cathryn currently lives at the base of the Blue Mountains in New South Wales with her partner of many years, Jim. When she's not writing, she plays golf (ineptly), cooks (well), and in football season barracks (rowdily) for her beloved Sydney Swans AFL team. Discover more about Cathryn and her books at cathrynhein.com. --This text refers to the paperback edition.

Neil Logan
5.0 out of 5 stars Rip-Roaring Love Story
Reviewed in Australia on 28 August 2017
Verified Purchase
Rural love story with cute girl and a heartthrob lover to die for. Chapter one has one of the funniest sentences I have ever read. Enjoy ! .
Read more
Helpful
Report abuse

Suze Lavender
TOP 500 REVIEWER
5.0 out of 5 stars Funny, sweet and romantic
Reviewed in Australia on 29 March 2018
Chrissy James is back in Levenham, her hometown, and she's happy she can spend time with her family and friends again. She's found her dream job, working as a marketer for a winery. Chrissy used to be madly in love with Nick Burroughs when they were both in high school, but he never seemed to notice her, no matter what she did. Now that she's all grown up she has his interest straight away. He even saves her from an aggressive man, someone who's had too much to drink and won't take no for an answer. Nick instantly falls in love. However, Chrissy isn't the naive lovesick school girl any longer and Nick has to work for it to make her notice him. Will he be able to win her heart?

Nick knows he's fallen head over heels in love with Chrissy soon after his heroic rescue. He needs a plan to make her realize that he's changed from an ignorant boy into a true gentleman. Nick will do anything to make Chrissy fall for him once more and that means their roles are now reversed. He doesn't mind if it makes him look foolish, as long as he has the opportunity to show the girl of his dreams how much she means to him. Will Chrissy give him a chance?

Chrissy and the Burroughs Boy is a wonderful romantic story. Nick is a kind and caring man. He genuinely feels bad about not paying more attention to Chrissy when they were in high school and I loved how he tries to make it up to her. Chrissy is a cute, innocent, good-natured and sensitive girl. She's smart and talented, but has been hurt in the past and doesn't easily let anyone in anymore. Nick has a difficult task to accomplish, but he's determined and willing to do whatever it takes. This is incredibly adorable and I enjoyed reading about every single one of his actions. It's clear from the start that Nick and Chrissy belong together and I loved the amazing chemistry between them. I couldn't turn the pages quickly enough to find out if they'd get their happily ever after.

Cathryn Hein has a great warm writing style that is laced with humor. I was immediately captivated by Chrissy and the Burroughs Boy. It's an entertaining and endearing story about true love and second chances. I really liked this charming feelgood story that put a big smile on my face. Cathryn Hein's vivid descriptions of her main characters and their feelings are making the story come to life in a fabulous way. Chrissy and the Burroughs Boy is funny, sweet and very romantic.

Kees2Review
4.0 out of 5 stars A Lively, Fun Read
Reviewed in Australia on 27 August 2017
A lively, fun read from Cathryn Hein. Everyone should have a Nick in their lives. He’s smart, sexy and just a little cheeky (okay, maybe a lot cheeky). Most of all, he’s irresistible. Ms Hein charms us all the way to The End with innovative ways to romance the girl you didn’t notice at school but sure as hell notice now. There is nothing Nick won’t do to get Chrissy’s attention in this heartwarming, youthful romp to an HEA. (ARC provided for honest review)
Read more
Helpful
Report abuse

Rachel
4.0 out of 5 stars sweet, and manages to capture hearts
Reviewed in Australia on 5 December 2017
Another lovely read from Cathryn that is short, sweet, and manages to capture hearts. Set amongst the beautiful setting in South Australia shared in Cathryn's other linked books, there is a great mix of small town and rural living interwoven in the story with a sense of community feel.

Chrissy is a strong girl who knows what she wants in career and love and Nick, well there's no stopping a Burroughs boy in love apparently. And nothing stops him on his mission of capturing Chrissy's heart.

And Nick calling himself and others a 'peanut' made me laugh every time.
Read more
Helpful
Report abuse
See all reviews

Mrs. Helen Sibbritt
5.0 out of 5 stars A Fun Fabulous story
Reviewed in the United States on 27 October 2017
Verified Purchase
I really enjoy MS Hein’s stories she has such a wonderful voice her stories always make me smile her heroes are true Aussie guys, heroes that are all round good guys and yummy, and Nick Burroughs is all of that and more when he runs into a girl he went to school with Chrissy and goes all out to prove his love in such a fun and sensual way, sit back and enjoy this one.

Nick is starting to feel a bit left out his brother Danny and his friends are all finding their HEA with wonderful heroines but not Nick he is still to find his girl. So when leaving the pub one evening he comes to the rescue of a gorgeous girl who he should know but he does not at all but when she brings up things that happened to him at school he remembers them, Nick’s heart is running amuck he needs to get to know Chrissy better.

Chrissy has been home in Levenham for a short time and one of the first people she meets is Nick Burroughs the boy that she had the biggest crush on in school the things she went through to get his attention would make the mind boggle and he doesn’t remember her, but that crush is still there she thinks maybe.

This really is a great story what Nick goes through to prove his love is fabulous but Chrissy is settling into a new job and takes a bit of convincing that he does love her but when they both realize their love is true the bells go off, I highly recommend this one lots going on it is a fun sensual story with a fabulous setting and friends from past books and I do hope that there will be more to come in the town of Lenenham. Thank you MS Hein for another beauty.
Read more
Report abuse

K. B.
4.0 out of 5 stars wonserful characters
Reviewed in the United States on 22 January 2019
Verified Purchase
4 stars
I purchased a copy of the Australian second chance at love short novel A Levenham Love Story Book 4: Chrissy and the Burroughs Boy by Kathryn Hein and this review was given freely.
Danny's brother and farmer Nick is at a crossroads, sidelined with an injury and feeling lonely he has a surprising meeting with Chrissy, a girl he was oblivious too in High School. Family excerpts intermix with a course on wines as well as some sweet and some awkward scenes as Danny and Chrissy take a journey through attraction, trust issues and finally find love.
Read more
Report abuse

Colleen Redman
5.0 out of 5 stars Love Cathryn Hein's books.
Reviewed in the United States on 8 September 2017
Verified Purchase
Another great read. Well done Cathryn.I have read most of your books and am always on the lookout for new titles.This was another book I enjoyed from start to finish.
Read more
Report abuse
See all reviews
Back to top
Get to Know Us
Make Money with Us
Let Us Help You
And don't forget:
© 1996-2021, Amazon.com, Inc. or its affiliates