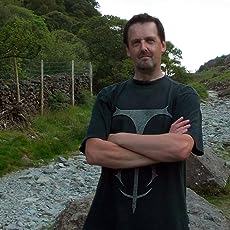 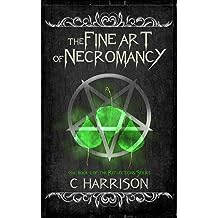 The Fine Art of Necromancy (TotenUniverse Book 6) 02/08/2019
by Chris Harrison
$4.49
Frieda Schoenhofer is very much alive after being murdered in Rotterdam and obsessed with an unusual form of revenge: resurrection.

Before she can carry out her plan she must first understand the mechanics of life and death. She embarks on an odyssey that takes her to Cornwall, Luxembourg, Avignon and back home to Bamberg where her mother is convinced Frieda needs psychiatric help.

She meets a biologist whose father took a brewing secret to the grave, teaches a hopeless human cannonball to fly, visits a re-enactment group in the midst of a feminist insurrection and helps a genealogist grapple with a treacherous family legacy.

Followed by a mysterious woman called Metze who may or may not hold the key to eternal life, Frieda struggles to understand and control mortality. The Fine Art of Necromancy is a study of perseverance in the face of inexplicable obstacles.

The book also contains a short story, The Miller's Daughter, which explains Metze's mysterious origins and her relationship to Frieda.
Read more
Other Formats:: Paperback
includes tax, if applicable 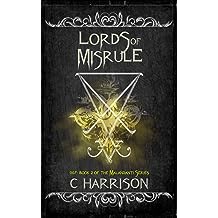 Lords of Misrule (TotenUniverse Book 7) 02/08/2019
by Chris Harrison
$4.00
The plan is chaos and the plan begins in the Vatican where a demon ransacks the Sala Ducale. The demon is Enaliziel, inadvertently conjured up by Virginia Bruck and revelling in the conflicts spreading across Europe.

Desperate times demand desperate measures. Interpol abandons its investigations into the Malandanti leaving Leonard Thwaite to establish a new undercover unit instructed to take the fight to the enemy with gruesome force.

The unit is headed by Pierre Dremba after Bernadette Maldini chooses to return to the Carabinieri. Before taking up her old post, she travels to the hotspots of the 17th Century witch trials hunting for occult inspiration and answers to her own personal conflict.

After raising Lena Siebert-Neved from her woodland grave, Frieda steps up her own plans to spread chaos whilst maintaining her distance from a network on the verge of discovering a way in to hidden dimensions including the Lost Valley.

With the intelligence services crippled, Davos disappears in the fog and a long-overdue settling of old scores takes place in front of a watching world. History comes full circle and the end times approach in Lords of Misrule, the seventh novel of the TotenUniverse.
Read more
Other Formats:: Paperback
includes tax, if applicable 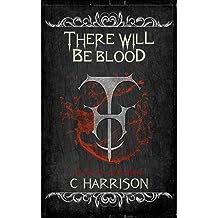 There Will Be Blood (TotenUniverse Book 5) 17/03/2017
by Chris Harrison
$4.00
Having completed their comeback album Malandanti and butchered their Belarussian rivals backstage at the 2016 Gwando Awards, Toten Herzen prepare to tour the world. Taking time out between concerts Rene secretly explores the Lost Valley and the possibility of creating a permanent home there.

But rival band There Will Be Blood refuses to die and a new line-up is created fuelled by Toten Herzen's notoriety and funded by arms dealers. Ambitious plans to sabotage the tour collide with events chronicled in Who Among Us... and The One Rule of Magic. (TotenUniverse books 3 and 4.)

When Interpol's Bernadette Maldini extends her investigation into Malandanti crime and the murder of Frieda Schoenhofer in Rotterdam she begins to unpeel the layers of the Toten Herzen myth. She discovers Susan Bekker's 'Big Lie,' the tragic truth behind the death of Lorraine Daley's father, and a key book in Dee Vincent's private collection.

The man behind the myth, Rob Wallet, sacked but secure on his Monaco yacht, the Agnetha, exorcises his past in the company of ghost hunters, but his past and several other surprises are about to catch up with him.

The world burns in the wake of Toten Herzen's disastrous tour. Goblin sellers, pig hunters, Armageddon Bells and a man called Alf join a cast of thousands and one crocodile to ensure There Will Be Blood in the fifth book of the TotenUniverse.
Read more
Other Formats:: Paperback
includes tax, if applicable 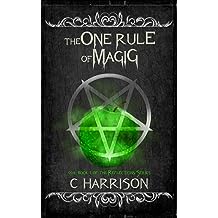 The One Rule of Magic (TotenUniverse Book 4) 31/10/2015
by Chris Harrison
$4.00
Frieda Schoenhofer is dead, murdered in Rotterdam. For her grief-stricken parents the true story of their daughter's life is about to begin.

Her father, slowly demolishing the world around him, tries to eradicate painful memories by throwing out his lifelong collection of film memorabilia. Her mother is convinced Frieda has been reincarnated as a new born foal.

But Frieda isn't dead. She is travelling Europe hoping to rescue her father's discarded collection. A journey of redemption that takes her to Nice, Prague, Turin and Vienna, where she meets a crooked dealer in antique silverware, joins a funeral party full of mourners who can't stop laughing, falls in love with a beautiful marionette, and discovers a plan to destroy the legacy of Mozart.

The One Rule of Magic explores Frieda's attempts to make amends for the crimes of her old life, come to terms with what she has become, and prepare her parents for the bizarre truth surrounding their daughter's disappearance.
Read more
Other Formats:: Paperback
includes tax, if applicable 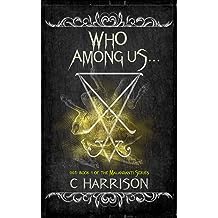 Who Among Us... (TotenUniverse Book 3) 23/09/2015
by Chris Harrison
$4.00
Disowned by her family and deranged by anger, Jennifer Enzo views the world as a demonic garden, a film script and a list of names to be assassinated. But when she finds her own name on the list she is forced out of her insular world to counter a sinister threat to her life.

Professor Virginia Bruck’s world is divided between her research in artificial intelligence and posing for her husband, the eccentric German artist Earnst Bruck. Suspected of being the source of a destructive rumour she decides to do what her semi-aristocratic family have never done throughout centuries of rumour, and fight back.

All three women share a common association: the Malandanti, a four hundred year old network of covens on the brink of collapse following rumours of a plot to kill the leading members. As the conflict intensifies and the familiar world disappears, they will be forced to reassess their own ambitions, confront the nature of guilt and innocence, and question how their beliefs explain the supernatural forces they each control.
Read more
Other Formats:: Paperback
includes tax, if applicable 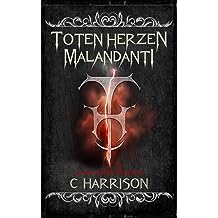 Toten Herzen Malandanti (TotenUniverse Book 2) 16/06/2014
by Chris Harrison
$4.00
After the disastrous events in the previous novel 'We Are Toten Herzen,' the band are forced to count the costs and the repercussions of their comeback tour. The focus turns to the safety of the recording studio and their first album in forty years. Things can't get any worse.

But this is Toten Herzen, the dead rock band: murdered in 1977, discovered alive in 2013. Guitarist Susan Bekker wants to sing, antagonising lead singer Dee Vincent whose catastrophic interview in Hullaballoo magazine leads to a multi-million dollar lawsuit. Rob Wallet, the band's publicist, flirts with insanity when he isn't flirting with Lena, the seductive former terrorist and leader of a network of covens known as the Malandanti.

The story sets down amongst the isolated mountains of the English Lake District, with excursions to post-communist St. Petersburg and Bamberg in Germany, scene of the 17th century witch trials. Along the way the band are assaulted by an ever growing list of mysteries. Why has a Russian voice coach arrived uninvited at three in the morning? Why are the Malandanti searching for a book owned by Dee Vincent? What is Susan Bekker's Big Lie? And is the valley pictured in a 14th century painting the source and home of the first European vampires? 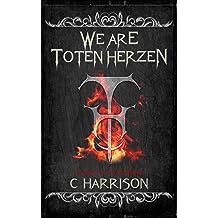 We Are Toten Herzen (TotenUniverse Book 1) 12/01/2014
by Chris Harrison
( 1 )
$4.00
Between 1973 and 1976 Toten Herzen sold over eight million albums and toured arenas in Europe and the US. In 1977 all four members of the band were murdered by crazed fan Lenny Harper. Harper was only charged with wasting police time and the bodies disappeared.

Thirty five years later, British music journalist Rob Wallet's investigation into the incidents of 1977 led him to discover the band still alive in a remote village in southern Germany.

He persuaded them to make a comeback.

The paranormal dark comedy We Are Toten Herzen is the authorised story of one music journalist's ambition to bring Toten Herzen back from the dead. From an isolated Dutch farmhouse to the teeming chaos of New York, via Suffolk and the Ahoy Arena in Rotterdam, fact and fiction blur as the '70s most notorious rock band plan their return, outwitting the modern music industry and settling old scores in the only way they know how.

But is Wallet's story a hoax or strange reality? As he uncovers more of the band's past new questions begin to emerge. Was lead guitarist Susan Bekker hospitalised in 1974 with Rabies? Was the band's first manager Micky Redwall killed by his own dogs in 1977? What happened to an original 'fifth member' of the band Peter Miles? And after all this time why haven't Susan Bekker, singer Dee Vincent, bassist Elaine Daley and drummer Rene van Voors grown old? Find out in the only official account of Toten Herzen's long awaited reappearance.
Read more
Other Formats:: Paperback
includes tax, if applicable
Back to top
Get to Know Us
Make Money with Us
Let Us Help You
And don't forget:
© 1996-2020, Amazon.com, Inc. or its affiliates