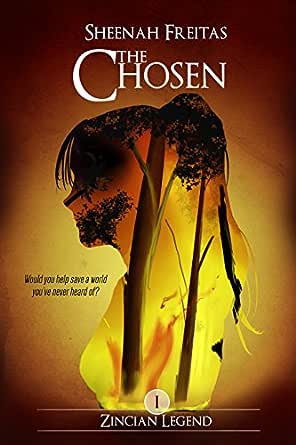 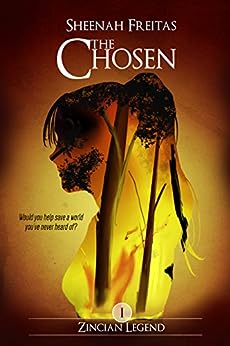 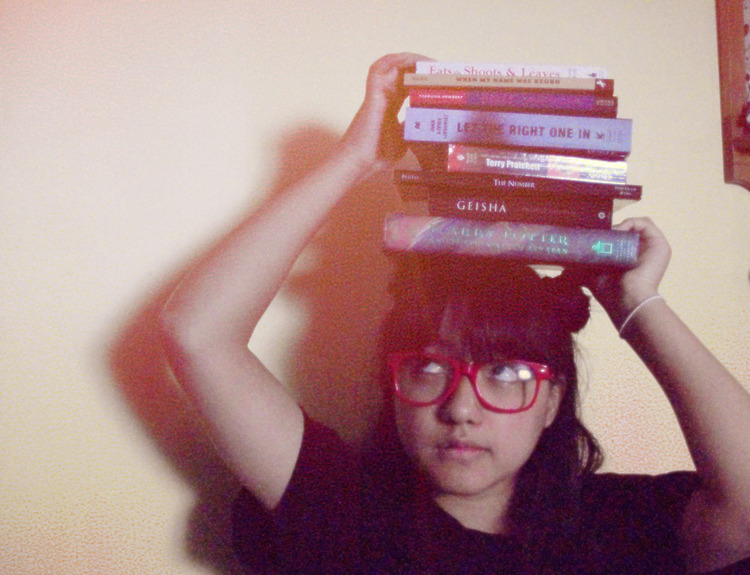 A neek at heart, Sheenah Freitas has a love for the whimsical and magical. She looks to animated Disney movies and Studio Ghibli films for inspiration because of the innovative twists on fairytales, strong story structures, and character studies. When not writing, you might find her in a forest where she's yet to find any enchanted castles. --This text refers to an out of print or unavailable edition of this title.

Tim Greaton
5.0 out of 5 stars A fascinating story that blends mythology with modern fantasy fare...
Reviewed in the United States on 5 February 2012
Verified Purchase
Some writers are born with talent and others with a book in their hands. In Sheenah Freitas' case, I dare say that both were true. In "The Chosen" she has crafted a fascinating novel that captures the modern magic of supernatural vampires, mermaids, and dragons and has effectively combined them with a mythology that echoes the finest historical fantasies.

Kaia Ketoki is a simple girl growing up in a rural community. But when her entire village is destroyed, she is magically whisked away by members of an otherworldly priesthood and soon learns that her destiny is anything but simple. As a descendant of Shanti, a helper to the gods, Kaia is asked to assist in returning the proper balance of good and evil to Earth's sister world Zinc. As luck--or divine intervention--would have it, the only other young survivor from her village is asked to protect her during a quest to retrieve a series of magical items. As young Kaia encounters supernatural and magical creatures of nearly every stripe, she experiences the elations of success and true friendships as well as the stinging wounds of defeat and betrayal.

Come join brilliant author Sheenah Freitas on a fantasy journey fraught with danger and steeped in discovery. This fabulous first book in the Zincian Legend is sure to leave you pleading for more.
Read more
2 people found this helpful
Report abuse

Tiffany Fulton
5.0 out of 5 stars It's an RPG in a book
Reviewed in the United States on 4 December 2012
Verified Purchase
10/10 Stars to this wonderfully written book by Sheenah Freitas! If you love fairy tales, mythology, and a clever spin on the hero's quest (Or in this case, heroine's quest), then this is the beginning of a wonderful series that shouldn't be missed.

I've been wanting to read this book forever, first of all, and the wait was well-worth it! It reminded me of the impressive world-building in RPGs like Chrono Cross and the Legend of Dragoon. The story centers around a young girl named Kaia Ketoki and her fate as The Chosen. But this is so simple tale of saving the world: The balance of good and evil has been thrown off, and her fate as the Chosen has a lot to do with it.

We follow Kaia as her village is torched to the ground, but she isn't the only survivor with supposedly hidden trauma. Reeze, her appointed Guardian, has a few surprises as well, and we meet other allies who come from many paths of a mythological light. One would think that adding so much of it would be a tad confusing, but to me, it made every location in the book that much more fun and variable. (^_^)

I look forward to watching Kaia develop, as well as her friends. Sheenah has certainly made an impression on me.

Ch'kara SilverWolf
5.0 out of 5 stars Fantasy Blended with mythology
Reviewed in the United States on 18 April 2013
Verified Purchase
I really enjoyed the story of Kaia Ketoki and her journey of discovery. She discovers that she is a descendant of Shanti a powerful goddess and that she is to aid in bringing balance between good and evil.

I loved the dynamics of the characters who surround Kaia to protect her on her journey. Particularly Reeze, he is dark and broody which is often great in a hero and protector. And I really felt for Shawn, he clearly cares for Kaia but in truth is a deadly warrior.

This is clearly a fantasy quest and I love the way her companions split off at times onto their own journey. All of the characters had their chosen goals and nothing would divert them from it.

It has everything needed in a good fantasy. Dragons, demi-gods, mer-folk and even vampires.

Kashif Ross
3.0 out of 5 stars Almost there
Reviewed in the United States on 27 February 2012
Verified Purchase
I've been wanting to read this book for so long. I must admit that I was originally drawn to it for the cover art, but several other factors pulled me in. One, I read her bio and blog, and loved that she studied Disney films. That would mean she'd do a great job at setting up an emotional story. But I also wanted to read it because of the synopsis. This book had all the potential in the world.

Overall:
The book is great, but that Disney factor played a large role that I didn't expect. *Warning, here's a small spoiler: The second the book opens up, Kaia's mother dies. The first thing I thought was, I have no emotional attachment to this character so why should I care? I even tried thinking of how I would feel if my mom were murdered at that age, but that only made things worse. Kaia didn't seem as emotionally ripped as she should have been if everything she knew and loved had been torn from her. The entire book started off poorly for me, but I kept pressing on.

Characters:
I won't spoil any more of the story, but I will say that the characters are appealing for the most part. Catrina is my favorite. I love her fire. She's the only reason I could press on. Kaia was weak and a stereotypical boring fantasy girl with no real spine. She relied on everyone too much and it made the story drag out. With Catrina, there was depth and a true back story. I was thrilled when Derek found out about her secret, but wanted more. I don't want to spoil it, but I wanted so much more fire and anger.

Settings:
Around 40% of the novel, the settings were described very well and detailed. However, I couldn't picture the worlds in the first half. Freitas did spend time describing them in the beginning, but it didn't work for me. Out of no where, things picked up and I got great mental images.

Minor Issues:
Here's a pet peeve that may bother some readers, but not others. At one point, the reading really slowed down for me. Kaia, Kaitlin, and Catrina were all in one scene. Fine, but I really had to pay attention to the names because they all blended. It's just one minor thing, but I would hope an author would choose more unique names to help with my flow.

Other Minor issues include the varying ellipsis usage, the confusing scene changes, and the quick topic changes in some dialogue.

Strengths:
Zinc is amazing. You'll love this place and want to meet some people. The second I read about mermaids I was all in. The weapons and gods are interesting as well. Freitas was definitely flexing her mental muscles when building this place.

To conclude, I liked it though I wanted to love it. This is a great story for someone that has some extra time and wants change from the vampires and werewolves lurking in so many different indie books. I'd be all for this book if the content editing was a bit better. The transitions needed strengthening and some of the dialogue should be picked up. But the characters are very complex and have a long history. I just wish they were a bit more interesting.

I'm so in the middle on this novel but I wish the author the best. I don't know if I'll read the second book, but I'm definitely going to read Freitas's next series. I think as she grows as a writer, the stories will get epic.
Read more
One person found this helpful
Report abuse