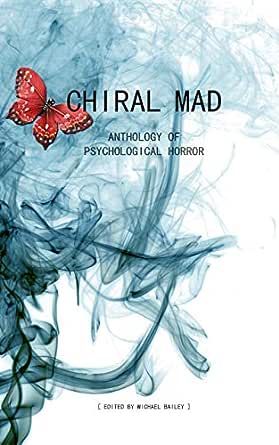 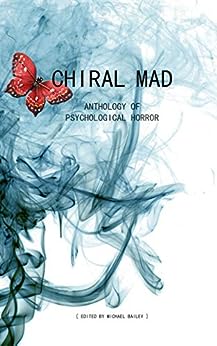 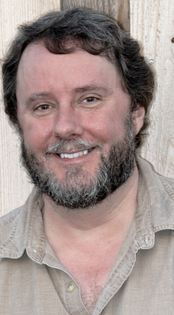 Michael Bailey is the multi-award-winning author of PALINDROME HANNAH, PHOENIX ROSE and PSYCHOTROPIC DRAGON (novels), SCALES AND PETALS and INKBLOTS AND BLOOD SPOTS (short story / poetry collections), and editor of PELLUCID LUNACY and the CHIRAL MAD anthologies. His books have been recognized by the International Book Awards, National Best Book Awards, Independent Publisher Book Awards, the USA News "Best Book" Awards, the London Book Festival, ForeWord Reviews' Book of the Year, This is Horror Anthology of the Year, the Indie Book Awards, and the Eric Hoffer Award. His short fiction and poetry can be found in anthologies and magazines around the world, including the US, UK, Australia, Sweden and South Africa.

Nuttz
2.0 out of 5 stars A good cause maybe, but not a good read IMHO
Reviewed in the United Kingdom on 23 September 2019
Verified Purchase
I appreciate that the book may be attempting to raise money for a good cause (and it is a good cause), but sadly its not a particularly pleasant read.

Maybe some of you will enjoy, but its like wading through treacle for me (admittedly I haven't finished it yet, but I do have to admit I'm wondering why I'm persevering with it).

I'm no literary critic so I'm not going to try and flower up this review, suffice to say that most of the stories that I've read so far are just plain boring and even weird (not pleasantly weird though).

C. Vale
5.0 out of 5 stars A Win in Every Way
Reviewed in the United States on 16 January 2014
Verified Purchase
As the introduction warns, readers who try to apply logic to this book will go away with their heads spinning. With reason stripped away, the reader is left with perception. And each of the unique and compelling stories in this anthology left a distinct impression on my senses.

Stories, such as "Experiments in an Isolation Tank" by Eric J. Guignard, left me gasping and wheezing while helplessness pulled me down, keeping me trapped in an endless nightmare. While stories such as Monica J. O'Rourke's "Five Adjectives," had me struggling between shame and disgust until a rage began to build - only to be extinguished by frustration. It finally left me with the conflicting desires to vomit and to laugh (albeit ruefully). A sign that both of these stories hit their marks with precision.

Other stories, such as "Inevitable" by Meghan Arcuri and "A Flawed Fantasy" by Jeff Strand, were equal parts funny and awful (the storylines, not the writing). It's a skilled writer who can make you laugh despite yourself and still pack a punch. Both did this superbly.

"Some Pictures in an Album" by Gary McMahon was a page-turner that had my mind reeling while I tried to unravel the mystery. Similarly, "Enchanted Combustion" by Amanda Ottino turned the tables on me with a twist that shed new light on the characters of the story.

Christian A. Larsen's "Mirror Moments" reminded me of Faulkner's "Barn Burning," not in tone but in the feelings that it evoked. That in between age when you are too light and young to be grounded but too heavy and old to be completely free fills the pages of this story. The main character is smart and observant but can't quite grasp the bigger (scarier) world. Yet circumstances force him to make decisions that may have a lasting impact. The author successfully achieved a sinister tone that fit the story well.

Ian Shoebridge's "White Pills" was filled with chilling moments as the protagonist switches from a reporter like account of other people's experiences to disturbing experiences of his own. This story was set up well and led down a dark, recognizable road.

"Lost in a Field of Paper Flowers" by Gord Rollo was as suspenseful and bleak as it was cathartic and delightful. Very impressive.

And, finally, "The Underwater Ferris Wheel" by Michael Bailey had my mother's heart in my throat and my hands sweating as I learned about each of the main characters and the sadness and loss that binds them. I appreciate that the author took a mature and complex character development approach to this story rather than simply exploiting fears common to all parents and children. In the end, the reader is left with a beautiful story that speaks to the power of all human relationships.

The purchase of this book was a win in every way. The money I spent went to a deserving charity. Skilled writers had an opportunity to show off their talents. And I was encouraged to feel a number of gratifying sensations, especially the feeling of being a little less alone, for 374 pages.
Read more
One person found this helpful
Helpful
Sending feedback...
Thank you for your feedback.
Sorry, we failed to record your vote. Please try again
Report abuse

ailebur
5.0 out of 5 stars Chiral Mad
Reviewed in the United States on 17 November 2012
Verified Purchase
This is a perfect book for cuddling up with on a cold fall night. Each story is unique, spooky and thought provoking.
Read more
2 people found this helpful
Helpful
Sending feedback...
Thank you for your feedback.
Sorry, we failed to record your vote. Please try again
Report abuse