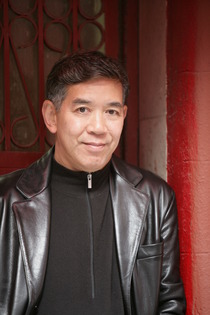 Page 1 of 1 Start overPage 1 of 1
Previous page
Next page
Start reading Chinatown Beat (A Detective Jack Yu Investigation Book 1) on your Kindle in under a minute.

3.4 out of 5 stars
3.4 out of 5
63 global ratings
How are ratings calculated?
To calculate the overall star rating and percentage breakdown by star, we don’t use a simple average. Instead, our system considers things like how recent a review is and if the reviewer bought the item on Amazon. It also analyses reviews to verify trustworthiness.

George
3.0 out of 5 stars Interesting
Reviewed in France on 3 May 2020
Verified Purchase
Reading it today I found two points of interest. A)The action evolves early 90's and the Chinese community in nyk has developed and b)for a foreign reader it is very enlightening both for the mafia way of running business and the way of feeling being Chinese and having all other communities considering you lowest class citizen irrespective your real level of education or background.These two points I found more interesting than the plot.
Read more
Report abuse

Yang Zhao
4.0 out of 5 stars Great book shouldn't be dimissed.
Reviewed in the United States on 7 July 2016
Verified Purchase
I don't think I have read enough crime fictions and detective novels to give 5 stars to Henry Chang's book. In my mind this book deserves 5 stars. I grew up in a Literary family that produced several renowned modern day Chinese poets and writers. Grandma's house's most priced possessions are the books. Ironically I never enjoyed reading books. Perhaps the education system of China started me off on the wrong foot. I've always read books by counting pages. Reading book has been a task for me rather enjoyment. This year I crossed over into the beginning of the late 30s and suddenly I found myself embracing books. I was introduced to Charles Bukowski and I followed the author's literary alter ego Henry Chinaski through 5 books and enjoyed each one of them in just a month and half. I devoured books and rather to count pages I am finally inside the story, to become the character, and wanting to know more. I took a break for Bukowski and I thought about giving NYC Chinatown Author Henry Chang a shot. I never met him in person but I've met many of our mutual friends on Facebook. Many of them are old timers who grew up in Chinatown and his Chinatown fictions must have reality in them and I'm sure the old timers bleed stories like detective Jack Yu. This is my first detective novel and definitely ain't be my last. I think I've found another literary hero to follow. I want to hear more Chinatown crime stories told through Detective Jack Yu. I have always been fascinated by the Chinese underworld from watching all those fast paced, sex and violence filled hongkong triad stories with lessons taught in blood about honor, ritual, respect, and tradition. After I adapted the author's writing style I found his articulation to be smooth and clever. The dialogue mixed with Chinese street smarts and Chinese slang and vulgarity, the corruption and betrayal, racism and discrimination, the bias and the stereotype. This book echoed the Asianscape reality of the recent controversial case of former officer Peter Liang. This story offered realistic perspective on the mentality of Chinese living in NYC. In the story there are no real winners. Why? Well I recommend you to read it and find out.
Read more
4 people found this helpful
Report abuse

Wen Luo
5.0 out of 5 stars A jaded man still trying to do good
Reviewed in the United States on 18 November 2019
Verified Purchase
Great story, a must read. Especially if you're a Asian American who grew up working class.

The protagonist Jack Yu is a cop and a man struggling to reconcile his duty to his community, who he wants to be, and his identity. But he's under fire from people in his community who have been harassed by the police, from the racism he receives from his co workers and American society at large. Despite all this and the nihilism that creeps into his life, he tries to be a good man.

B. McEwan
4.0 out of 5 stars Very good police procedural
Reviewed in the United States on 20 November 2010
Verified Purchase
I have always loved visiting NYC's original Chinatown in Manhattan, so I really enjoyed reading about the Chinese-American detective Jack Yu. The son of immigrants, Jack was born and raised in Chinatown but no longer lives there. He considers himself a modern American and resists attempts by his elderly father to behave more traditionally, in keeping with Chinese culture and values. When his father dies, Jack goes back to Chinatown to clean out the old man's apartment and while there gets drawn into a murder case involving some of his old neighborhood buddies. The story takes off from there and moves along pretty well, although I expect that author Henry Chang will become more adept at plotting as his writing career moves along.

The real value of Chinatown Beat is not the plot in any case. It's the wealth of interesting detail about the lives of the people who live in what can arguably be called New York City's most intriguing neighborhood. Assuming that Chang's material is authentic (and there is no reason not to), readers get a peek into the workings of the Chinatown gangs known as tongs, which compete with one another in a variety of criminal enterprises, including smuggling, drug dealing and gambling. We also get a look at the way most people in Chinatown live, which is to say as upstanding citizens who work hard and comply with the laws just as most other New Yorkers do. I found Chang's descriptions of the daily lives of 'regular' people especially interesting, such as the old women who gather in Columbus Park to tell fortunes, the wealthy housewives who spend their afternoons gambling at private mah jong parties or the man who runs a wholesale bean curd business.

Also striking are Chang's depictions of the racism and discrimination that many Chinese Americans continue to suffer, from within their own ethnic group as well as from outsiders. The story's hero, Jack Yu, is a man without a community. As the only Asian detective in his precinct, he doesn't he feel he fits in with his fellow officers and as a Chinatown 'expatriate' he is now rejected by many of the family and friends he left behind. By the novel's end Jack has more or less come to terms with his otherness, but readers are left with the idea that New York's great melting pot is truly a myth and the beautiful mosaic that supposedly replaced it is less lovely than we may have thought.
Read more
2 people found this helpful
Report abuse

amf0001
3.0 out of 5 stars the most vibrant character was Chinatown itself
Reviewed in the United States on 16 November 2010
Verified Purchase
I wanted to like this more than I did. I written that a lot lately... This was a free kindle download of a debut novel and the author's inexperience shows, with uneven pacing and plotting.

It's certainly evocative, you get a sense of the emptiness and loneliness of these men's lives, either trying to go straight or falling in with the tong. Chinatown in New York is an area I know well enough, I live in walking distance from it, and like wandering around, but it is another country, plenty of people there don't speak a word of English and this was a glimpse into their lives, I was just sad that their lives were so bleak. (well it's a noir novel, what did I expect?) the mystery held no energy, I didn't care, and the book definitely bogged down in the middle. I wanted the killer to get away with it. I didn't care about most of the other characters. The most vibrant character was Chinatown itself and she was well described.

I don't know if I am longing to go read the next one in the series, but I read this from beginning to end and there were some interesting notions in it, so it gets a 3 star rating from me.
Read more
Report abuse
See all reviews
Get FREE delivery with Amazon Prime
Prime members enjoy FREE Delivery and exclusive access to movies, TV shows, music, Kindle e-books, Twitch Prime, and more.
> Get Started
Back to top
Get to Know Us
Make Money with Us
Let Us Help You
And don't forget:
© 1996-2020, Amazon.com, Inc. or its affiliates