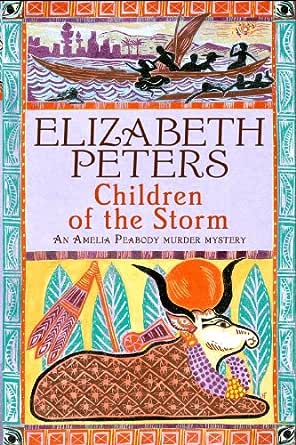 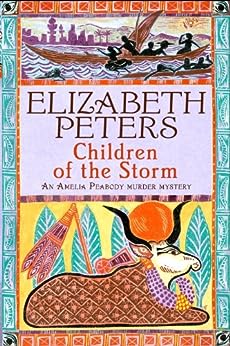 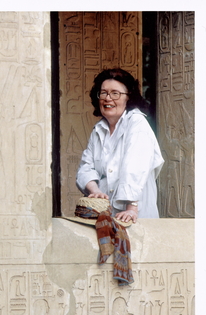 Elizabeth Peters earned her Ph.D. in Egyptology from the University of Chicago's famed Oriental Institute. She was named Grand Master at the inaugural Anthony Awards in 1986 and Grand Master by the Mystery Writers of America in 1998. In 2003, she received the Lifetime Achievement Award at the Malice Domestic Convention. She lives in a historic farmhouse in western Maryland. --This text refers to an out of print or unavailable edition of this title.

The Great War has ended at last. No longer must archaeologist Amelia Peabody and her husband, Emerson, the distinguished Egyptologist, fear for the life of their daring son, Ramses, now free from his dangerous wartime obligations to British Intelligence. But in the aftermath of conflict, evil still casts a cold shadow over violence-scarred Egypt. The theft of valuable antiquities from the home of a friend causes great concern in the Emerson household. Ramses's strange encounter with a woman costumed in the veil and gold crown of the goddess Hathor only deepens the mystery. And the brutal death of the suspected thief washes the unsettling affair in blood--setting Amelia on a terrifying collision course with an adversary more fiendish and formidable than any she has ever encountered.

"- 'If Indiana Jones were female, a wife and mother who lived in Victorian times, he would be Amelia Peabody Emerson' - Publishers Weekly - 'A writer so popular that the public library has to keep her books under lock and key' - Washington Post Book World - 'Bursting with surprises, a sheer delight' - New York Times Book Review --This text refers to an out of print or unavailable edition of this title.

I can't wait for the next Peabody story... I really do think [Elizabeth Peters'] books are great entertainment.A writer so popular that the public library has to keep her books under lock and key. - Washington Post Book WorldThink Miss Marple with early feminist gloss crossed with Indiana Jones... accomplished entertainment. - Guardian --This text refers to the paperback edition.

At last, the Great War is over. Amelia, her distinguished Egyptologist husband Emerson and their extended family are preparing for another season of excavation in Egypt. To everyone's great joy their son Ramses and his wife Nefret have become parents. Amelia, enjoying her role of fond grandmother, hopes that for once, this will be a quiet year. --This text refers to the paperback edition.
Read more

4.8 out of 5 stars
4.8 out of 5
144 global ratings
How are ratings calculated?
To calculate the overall star rating and percentage breakdown by star, we don’t use a simple average. Instead, our system considers things like how recent a review is and if the reviewer bought the item on Amazon. It also analyses reviews to verify trustworthiness.

Sue from the south
5.0 out of 5 stars Always a good read
Reviewed in the United Kingdom on 12 February 2010
Verified Purchase
Elizabeth Peters chronicles of Amelia Peabody are always a good read. I have become genuinely fond of the characters over time and anxious to know what happens to them. The mysteries are always gripping and the humour and style of writing is sufficiently tongue in cheek to be amusing at the same time.

In this book, the 15th in the series, we meet Ramses and Nefret's twins for the first time and see the family reunited in Egypt with Walter and his family. With plenty of other familiar characters this is an exciting and entertaining read.

Elaine Tomasso
5.0 out of 5 stars Slow burn
Reviewed in the United Kingdom on 4 February 2014
Verified Purchase
This adventure is a slow starter with lots of small incidents occurring like a small quantity of stolen treasure and a scorpion in Daoud's bed but nothing major and Amelia is at a loss to make sense of it all. It is only in the last quarter of the book that we get the normal crazy action. Amelia is back on centre stage which makes this a fun read.
Read more
Report abuse

A. O'Loughlin
5.0 out of 5 stars Best yet
Reviewed in the United Kingdom on 18 May 2014
Verified Purchase
Got it all , murder , mystery and mayhem, not to mention ghosts and more new relations than you can shake a stick at , but even Emerson is starting to fray at the edges as the younger generation gets more of the action
Read more
Report abuse
See all reviews
Get FREE delivery with Amazon Prime
Prime members enjoy FREE Delivery and exclusive access to movies, TV shows, music, Kindle e-books, Twitch Prime, and more.
> Get Started
Back to top
Get to Know Us
Make Money with Us
Let Us Help You
And don't forget:
© 1996-2020, Amazon.com, Inc. or its affiliates