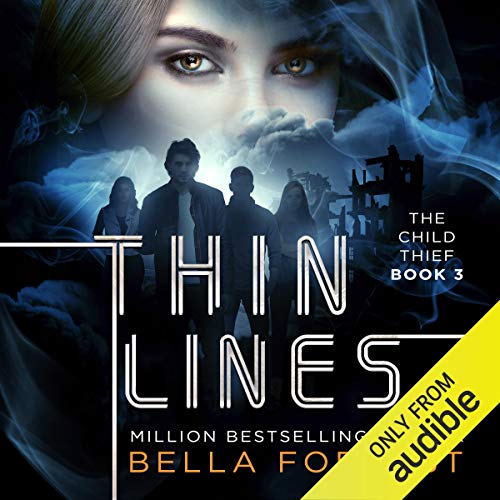 4.7 out of 5 stars
4.7 out of 5
104 global ratings
How are ratings calculated?
To calculate the overall star rating and percentage breakdown by star, we don’t use a simple average. Instead, our system considers things like how recent a review is and if the reviewer bought the item on Amazon. It also analyses reviews to verify trustworthiness.

Aston
5.0 out of 5 stars Another fantastic novel
Reviewed in Australia on 15 October 2018
Verified Purchase
When I started the child thief journey, I was hesitant and unsure if this book was really something I would get into. However, true to form the writer has the ability to draw me in, with enough action, drama, love and corruption.
Read more
Helpful
Report abuse
See all reviews

Jess. (JessReviews)
5.0 out of 5 stars Absolutely brilliant
Reviewed in the United Kingdom on 8 September 2018
Verified Purchase
I absolutely loved this book, and in fact, I'm loving the whole series so far.

The book ran at a fast pace throughout with plenty of action. There was never a dull moment.

The storyline developed well, although, this book had more action in terms of moving around and looking for safety rather than actual missions like in the previous book. It was still very good, exciting and well written.

I love the characters. Robin is such a strong character. She is determined to succeed and survive. She really comes into her own in this book and steps up with the situation they are in and takes the lead a bit more.

I also like all the other characters too. As the story continues to develop, we get to know each character more and more. I also like the mysteriousness of Nathan, Zion and Alexy. I'm looking forward to the next book, especially after that ending and there's still so many unanswered questions.

Overall, I really enjoyed this book. This series definitely needs to be read in order. It's exciting, full of action, well written and with great characters.

Roberts
4.0 out of 5 stars Great escapism
Reviewed in the United Kingdom on 11 January 2019
Verified Purchase
I am enjoying this series. It grips you with a bit of suspense and build up. The pace is reasonably quick though sometimes the musings of the main character, whose point of view it is written from, does get in the way of that pace. The end is left mid air but the next book picks up exactly where it lets off. A nice bit of escapism amid an otherwise busy schedule.
Read more
Report abuse

maxine
5.0 out of 5 stars Fab read
Reviewed in the United Kingdom on 2 November 2018
Verified Purchase
This book, part of a set of four has left me hanging for the next which fortunately comes out next week.
This is the first time in ages I’ve not wanted to stop reading, I found myself staying up late to read.
Read more
Report abuse

diane
5.0 out of 5 stars I want more please,
Reviewed in the United Kingdom on 5 September 2018
Verified Purchase
Absolutely brilliant book, these are all fantastic stories with great characters, lots of twists and turns, a must read!
Read more
Report abuse

claire
5.0 out of 5 stars Good story
Reviewed in the United Kingdom on 3 November 2018
Verified Purchase
Love this story, don’t love paying £4 a month but hey ho!
Read more
Report abuse
See all reviews
Back to top
Get to Know Us
Make Money with Us
Let Us Help You
And don't forget:
© 1996-2021, Amazon.com, Inc. or its affiliates