Skip to main content
Child of the Night (Power of the Blood World Book 1) and over 1.5 million other books are available for Amazon Kindle . Learn more
Share <Embed> 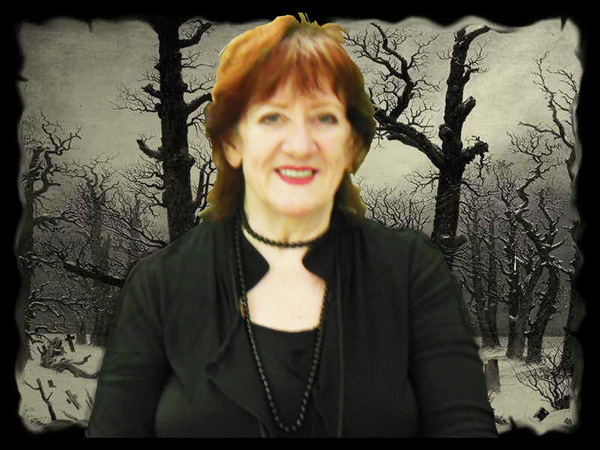 Start reading Child of the Night (Power of the Blood World Book 1) on your Kindle in under a minute.

F.Ale
2.0 out of 5 stars Confused is an understatement.
Reviewed in Italy on 5 February 2020
Verified Purchase
I really got mixed feelings about this book. Like the "love" story got me completely nubstruck. I have know idea what the author was trying to communicate. I mean the relationship was abusive and rapy but that wasn't really dealt with.
I'm truly at a loss for words. This book was a roller-coaster of emotions.

weewilkins
3.0 out of 5 stars Vol. 1 in series of 4
Reviewed in the United States on 24 June 2012
Verified Purchase
I started out with a paperback copy of Vol. 3 (of 4) in this series of vampire stories by Nancy Kilpatrick. I picked it up in a grocery store for 99 cents and took it with me to Mexico. After reading vol. 3, I knew I wouldn't be able to find the other volumes in the series easily so purchased them for my Kindle Fire. Each volume describes in detail the different members of a group of vampires who have found each other despite their nature to be solitary souls. They form a connected, rather bizarre group that is protective of each other. There are parts in the books that are quite sexually graphic...I have not read the Twilight series so don't know how this compares. As a Canadian, I was interested in reading these books by a CDN female writer and because they partly based in Montreal. I did re-read vol. 3 in after reading Vol. 1 and 2 and it made more sense in series. These were "beach" reads...not intended to be read for their great literary value. They were entertaining and kept me interested...but became almost too repetitive over the series so I was glad that Kilpatrick stopped at Vol. 4. Read for entertainment only...the series did entertain.
Read more
One person found this helpful
Report abuse

Eve in the dark
4.0 out of 5 stars good book didn't care for the "romance" part so much
Reviewed in the United States on 12 September 2016
Verified Purchase
Once of my favorite books is the third in this series. This one was good but felt a bit different. The hostage romance isn't really my thing and Andre isn't my type of dreamy romantic guy. Still there is enough going on in this book to give it a read so that's saying something. The series as a whole is a good one too so it you like vampire books you should try it, it is infact different.
Read more
Report abuse

Rayla
5.0 out of 5 stars Darker more adult themed vampire book
Reviewed in the United States on 11 May 2013
Verified Purchase
I first read this book back in high school and was instantly hooked. I loved the darker, more mature audience targeted type of book it was. This book is not for children. It is a book that is targeted for adults and deals with adult scenarios. It deals with love, betrayal, sex and abuse. This book presents vampires in such a way that you can imagine these people existing and getting away with the things they do.

If you are looking for a lovey-dovey twilight type of book than keep looking. This book is not for you. However if you like that darker type of vampire book than give this a read.

Rafael A. Serra
5.0 out of 5 stars Great novel!
Reviewed in the United States on 8 June 2014
Verified Purchase
I am not a into vampires, I hate Twilight, but for some reason this book grabbed my attention many years ago in Borders. I started reading and could not stop. I really recommend it!
Read more
Report abuse
See all reviews
Back to top
Get to Know Us
Make Money with Us
Let Us Help You
And don't forget:
© 1996-2021, Amazon.com, Inc. or its affiliates