The Child Goddess and over 1.5 million other books are available for Amazon Kindle . Learn more
Share <Embed> 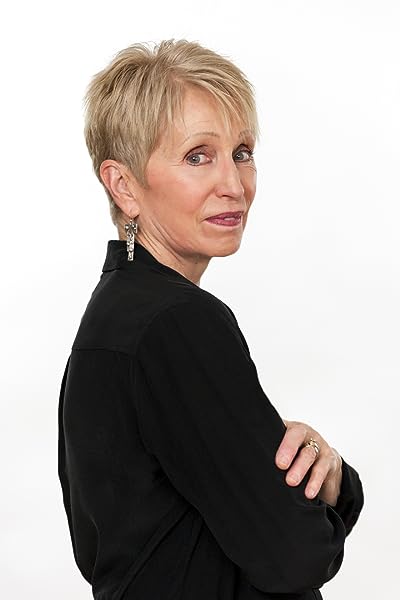 Releases February 16, 2021. Pre-order How to Avoid a Climate Disaster now with Pre-order Price Guarantee.
If the Amazon.com.au price decreases between your order time and the end of the day of the release date, you'll receive the lowest price. Order now
click to open popover
Start reading The Child Goddess on your Kindle in under a minute.

Lousie Marley is an opera singer, lives with her husband and son.

Lenora G.
5.0 out of 5 stars Another great escape
Reviewed in the United States on 23 August 2015
Verified Purchase
I read fantasy for escape, and once again, Ms. Marley has given me a great escape. I enjoyed reading about the Magdalenes, and like another reviewer, wondered why they clung to the celibacy idea; however, if they were trying to be accepted, it's understandable. It was hard enough just getting female priests accepted. One step at a time.

The protagonist is Mother Isabel Burke, a priest with faults. Serious faults with which she must cope. She is, alas, very, very human. And that humanness comes out when she is assigned as guardian to child from another planet. It comes out when she again meets the man she loves. It comes out as she deals with people. Mostly, Mother Burke is filled with love.

To help protect her young charge, she returns with Oa to her home planet, from which she was kidnapped, to unravel the secret of the anchen and to help them become persons if they so desire.

Although the protagonist is a Priest, this is not a religious book. It is a great adventure in which the religion of the protagonist plays a role, and helps solve the riddle.

Like another reviewer, I hope we see more books about Mother Burke, and Jin-Li Chung (nice to meet an old from again from Irustan).

Joanne Clarke
5.0 out of 5 stars Wonderful writing. I'm ordering more Louise Marley books.
Reviewed in the United States on 13 September 2006
Verified Purchase
I just finished reading this book for the first time. It will go on the bookshelf with the others I reread. The touch is deft. Not too sentimental, but very engaging. The settings are many layered and believable. The charcters are emotionally satisfying. She can write people who are flawed and true to life. Growth is described in some of them. Like in the real world, not everyone chooses to grow. I've just found a new women science fition writer! I'm happy.
Read more
One person found this helpful
Report abuse

T. Hooper
4.0 out of 5 stars Beautifully written
Reviewed in the United States on 22 October 2005
Verified Purchase
I consider myself a fan of mostly hard SF and dark fantasy, but the great writing and compelling characters of this intimate and thoughtful 'first contact' novel really got to me and I enjoyed it immensely. The central character of Isabel Burke is beautifully written, but the real star is the alien child Oa who definitely stays with you beyond the last page. Louise Marley has created two powerful female characters and left us wanting more. A recommended read.
Read more
One person found this helpful
Report abuse

S. Gordon
3.0 out of 5 stars Well written but a bit dull.
Reviewed in the United States on 7 April 2018
Verified Purchase
I have loved many of Marley’s book. This one was well written but it just didn’t engage me as some of her other works have. I found the ending unsatisfying and I wouldn’t read this book again.
Read more
Report abuse

Valerie
3.0 out of 5 stars Not terrible not the best
Reviewed in the United States on 24 May 2016
Verified Purchase
Ok. Not terrible not the best.
Read more
Report abuse
See all reviews
Get FREE delivery with Amazon Prime
Prime members enjoy FREE Delivery and exclusive access to movies, TV shows, music, Kindle e-books, Twitch Prime, and more.
> Get Started
Back to top
Get to Know Us
Make Money with Us
Let Us Help You
And don't forget:
© 1996-2020, Amazon.com, Inc. or its affiliates