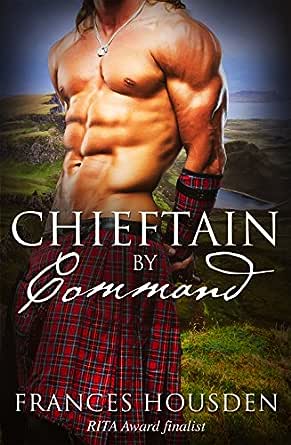 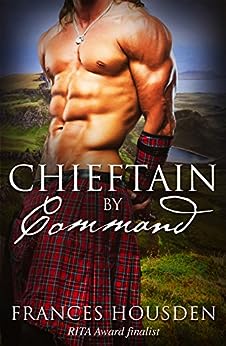 Gavyn Farquhar's marriage is forged with a double–edged blade. Along with the Comlyn clan's lands, a reward from the King, he is blessed with an unwilling bride, Kathryn Comlyn, and an ancient fort with few defences that desperately needs to be fortified before it can act as a sufficient buffer between Scotland and the Norsemen on its northern borders.

Gavyn needs wealth to meet his king's demands, and he knows of only one way to get it – with his sword. Leaving his prickly bride behind in the hands of trusted advisors, he makes his way to the battlegrounds of France and the money that can be made there.

Two years married and Kathryn is still a virgin. A resentful virgin, certain that, like her father before her, she is perfectly capable of leading the Comlyn clan. In her usurper husband's absence, she meets the clan's needs, advising and ruling as well as any man.

But she is an intelligent woman, and she knows the only respect and power she will ever hold will be through her husband. And to wield it, she needs to make him love her. An easy task to set, but impossible to complete, when said husband has been gone for two years, and there is no word of his return. But Kathryn is undeterred. After all, a faint heart never won a Chieftain.

Frances Housden lives in New Zealand - a beautiful country not so very different from Scotland, where she was born. She began her career as a published writer after winning Romance Writers of New Zealand's prestigious Clendon Award. She went on to pen six very successful novels for Silhouette Books, where she merged her penchant for characterisation with her love of suspense. She is now delving into the world of historical romance, using her love of history to take her readers on an exciting trip into the lives of memorable characters.
click to open popover

Midnight Attic Reader
4.0 out of 5 stars Chieftain by Command
18 November 2014 - Published on Amazon.com
Format: Kindle EditionVerified Purchase
Neither Gavyn nor Kathryn are very pleased by the King’s decree that they wed, but after some prideful posturing and a two-year absence in which Gavyn goes abroad to seek fortune with his mercenaries, both seem resigned to make the best of things, though they have a rough start of it even then, a lunatic on the loose not helping things. This is a romance story with a bit of murder mystery woven in the background. Gavyn and Kathryn both had quite a temper, leading to many frays where they both said things in haste that they later regretted, and I did wish they wouldn’t hurt each other so deeply, so often, but it was very true to character. There were so many great secondary characters in this and their stories were just as touching as the main characters. I can’t wait for Rob’s story, and I look forward to reading Jamie’s story in the next book in this series, The Chieftain’s Feud!
Read more
3 people found this helpful

Sande
5.0 out of 5 stars Their romance has the body language of a well orchestrated tango.
8 October 2014 - Published on Amazon.com
Format: Kindle EditionVerified Purchase
I enjoyed this story very much. In the beginning I did find Katheryn's immaturity and inability to understand the gravity of her situation a bit irritating, and yet this allows the reader an opportunity to appreciate Gavin's confidence and maturity which he exhibited before he had feelings for her as woman, much less a wife and mate for life. Her behavior could have easily warranted harsh treatment, especially considering the times and despite her blood ties to the land which is now his. After a prickly wedding night he leaves as a mercenary for the battle fields of France to gain wealth the only way he knows how; by the will of his blade. I think it is important to consider at this point of the story his life had been all about the business of war, and their marriage was more or less just another business arrangement in his quest to secure stability and power for himself. When he returns two years he gets a surprise when she fires off an arrow at him not sure if it is an enemy, and not wanting to risk it. In all fairness, he had that coming to him and it could have been avoided if he had sent a messenger to announce his return before approaching the keep, but it turns out that this is one of several things Gavin has to learn about his responsibility as Laird. However, it is from this point they begin building their relationship and figuring out how to make their marriage relationship fulfilling in every sense of the way. Theirs is a romance that is comparable to the body language of a well orchestrated tango; pushing, pulling, demanding, refusing, and a lot of passion and fire.

There is also plenty of drama with the supporting characters. I did find several of them quite interesting with their own stories! Much to my relief I actually liked Katheryn very much by the end of the story, and Gavin finds some peace and centeredness in his life. They end up being a very good match, and it's a very entertaining story as to how they get there!

2Winters
3.0 out of 5 stars Didn't care for this book
14 January 2018 - Published on Amazon.com
Format: Kindle EditionVerified Purchase
I purchased this book because of all the good reviews, but I did not care for it. 1st-the way it is worded plus a few Scottish words sprinkled in make it not that easy to read, quick example "Aye to Gavyn's self-disgust, he couldn't rightly count himself one of yon rare few." But that wouldn't have made me dislike the book. It was the evil that ran throughout the book, many gruesome deaths plus Kathryn's cousin's sexual favors used to manipulate men made too much sex for my taste. I started skipping through then finally decided to go to the last few chapters only to find a sad ending. I like more humor and lightness in stories. I don't think I will read this author again.
Read more

NavyWave62
4.0 out of 5 stars 4.5 STARS!!
3 December 2014 - Published on Amazon.com
Format: Kindle EditionVerified Purchase
Do yourself a favor and read book one first, because the journey through this book will be a richer experience. I liked book one, but this one I felt more of a connection to Gavyn and Kathryn than I did with the H/h in book one. There is more of a story here, than in the first book. I realize the first one of the series, won awards, but this one touched my heart more. I felt I was on a roller coaster with all the suspense and drama that was in this book. The sex is passionate, and doesn't happen until about 1/3 into the story. The secondary character's are written so well, and have such a major role in the story, I felt I was getting more for my money. There is an Epilogue which I loved about 4 years into the future. I wished the author included some back story of our H/h from book one, but she doesn't. The road to HEA, is rough going, but the journey is so rich it is well worth the read. I am not going to repeat the story, as the author's narrative is all that is needed. Just know there is a lot of pleasurable love making, that will leave you feeling warm and fuzzy. Also, no cliffhanger's! Happy Reading! (ljb)
Read more
One person found this helpful

yves
3.0 out of 5 stars Good read!
15 November 2014 - Published on Amazon.com
Format: Kindle EditionVerified Purchase
This read was good God, but I did not like trending. It whizzed by and nothing was mentioned about the secondary characters I grew to love, therefore the ending felt very incomplete for me because it left me with many unanswered questions I wanted to know about the other important characters that helped shape this story. Instead they made the epilogue wholly about their incessant love making, which at that point I had had my fill of during 85 percent of the book. If it hadn't' t been for the ending I would have rated this book a five. I would recommend this read because it was good, but beware of the abrupt ending.
Read more
3 people found this helpful
Go to Amazon.com to see all 41 reviews 4.1 out of 5 stars
Get FREE delivery with Amazon Prime
Prime members enjoy FREE Delivery and exclusive access to movies, TV shows, music, Kindle e-books, Twitch Prime, and more.
> Get Started
Back to top
Get to Know Us
Make Money with Us
Let Us Help You
And don't forget:
© 1996-2020, Amazon.com, Inc. or its affiliates