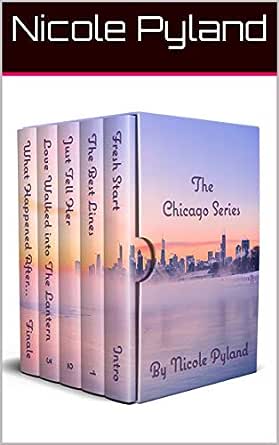 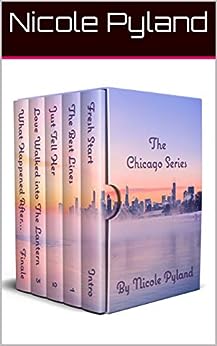 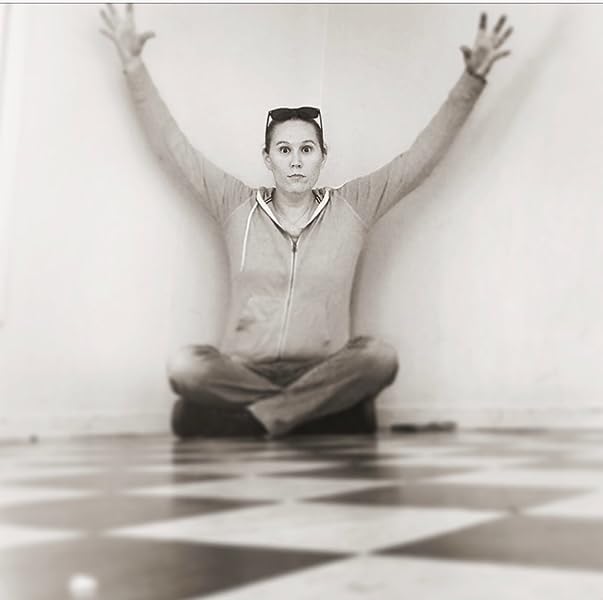 This is a Collection of Lesbian Romance Novels by Nicole Pyland.

List of books included in the Chicago Series: Complete Edition:

Alyssa Masters had been accused of a horrible crime she didn’t commit and was now the most hated woman in America. She’d lost people she’d loved, her credibility, and a part of her life. To get it back on track, she returns home to live with her mother and has all but given up on any hope at a normal life.

Hannah Granger had been off exploring the world and finding herself, only to return home to lose her mother and a lot of what she’d found out about herself while away.

Eva Dash has her career on track. After earning her Ph. D in Literature, she became a professor at the same college she’d called home as a student. When she loses the only job she’s ever wanted, she’s forced to consider leaving the only home she’s ever really known.

Ember Elliot, the reformed player, has finally committed herself to looking for the right woman, while struggling to find herself in other ways. She’s tired of being misunderstood by her family and hiding a very important part of herself from them. Being gay isn’t her secret. Wanting to be more than just a manager at her family’s restaurant is. And she’s ready to take steps to get what she wants.

Charlie Adams has two best friends. Ember Elliot and Hailey Grant, the woman she’s secretly been in love with since the moment they met over a decade ago. She has watched Hailey date all the wrong women and never said anything about how she wanted to be Hailey’s forever love.

Hailey Grant had a first love that she was comparing every other woman to. When that woman comes back into her life, Hailey has to get to know her again after all this time. As Hailey tries to figure out if her first love is actually her forever love, she sees something is different about Charlie.

Love Walked into The Lantern (Book 3)

Summer Taft is a twenty-seven-year-old billionaire, who founded a tech start-up with her brother while she was still in college. As that company’s CEO, she feels stuck and underappreciated. She also has to take care of the company while her brother goes off exploring the world, leaving her holding the bag. The company recently opened an office in Chicago, where Summer has met some new friends. As Summer decides to uproot her life and make the move to Chicago, she meets Lena.

Lena Tanner has had no luck in her love life after divorcing her husband of several years before, after finally admitting to herself that she was gay. Lena had been exploring and having fun in the new life she’d made for herself. But now, she’s ready to find the one and settle down. After a blind date gone wrong, she ends up at The Lantern where she spots her group of expanding friends and a newcomer.

What Happened After... (Series Finale)

Do you ever read a story, fall in love with the characters, and wonder what happens to them after the book ends?

If you plan to read these short stories, please read all the books in the series first.

Kindle Customer
5.0 out of 5 stars Rollercoaster of Emotions and love
13 October 2019 - Published on Amazon.com
Verified Purchase
This book series was one of the best I have ever read. It had me laughing, crying, and just feeling like my heart is going to explode with all the love in these books!
Read more
One person found this helpful

Jennifer B.
5.0 out of 5 stars Friends, family & forevers
23 December 2019 - Published on Amazon.com
Formidable friendships full of family & forevers!! But, SERIOUSLY— how is everybody’s exes & love interests just all up in the group like its nothing afterwards?!?! IJS…

An emotional & entertaining series full of characters that are so authentic they truly become like real people in your mind & diverse narratives with each couple that draws you in so effortlessly & subtly without you even noticing.

Absolutely wonderfully written, the story just flowed almost effortlessly & easily. Despite being able to anticipate what's to come, it didn't diminish the desire to read on as it actually plays out. Loved the journey of discovery, understanding, acceptance & love as it developed & intensified between each couple!

S. Forbes
5.0 out of 5 stars Excellent series
10 December 2019 - Published on Amazon.com
I read the individual books of this collection long ago, but they are good enough to read again. So I did. Each story in this collection is wonderful. I will probably read them all again in the future. Some books are like that. You can enjoy them again and again. It was fun to read them all at once, with no wait in between. It was just so cohesive. Made a big difference. Enjoy!
Read more
One person found this helpful
Go to Amazon.com to see all 3 reviews 5.0 out of 5 stars
Get FREE delivery with Amazon Prime
Prime members enjoy FREE Delivery and exclusive access to movies, TV shows, music, Kindle e-books, Twitch Prime, and more.
> Get Started
Back to top
Get to Know Us
Make Money with Us
Let Us Help You
And don't forget:
© 1996-2020, Amazon.com, Inc. or its affiliates