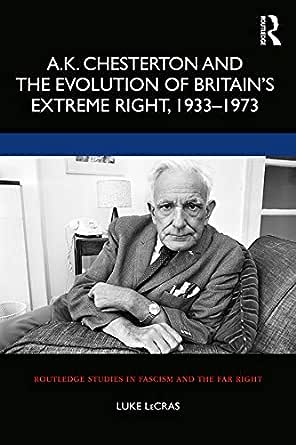 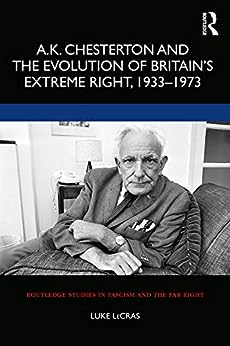 Arthur Kenneth (A.K.) Chesterton was a soldier, journalist and activist whose involvement with fascist and extreme right-wing politics in Britain spanned four decades. Beginning with his recruitment to Oswald Mosley’s ‘Blackshirts’ in the 1930s, Chesterton’s ideological relationship with fascism, nationalism and anti-Semitism would persist far beyond the collapse of the interwar movements, culminating in his role as a founder of the National Front in 1967.

This study examines Chesterton’s significance as a bridging figure between two eras of extreme right activity in Britain, and considers the ideological and organizational continuity that existed across the interwar and post-war periods. It further uses Chesterton's life as a means to explore the persistence of racism and anti-Semitism within British society, as well as examining the political conflicts and tactical disputes that shaped the extreme right as it attempted to move ‘from the margins to the mainstream’.

This book will appeal to students and researchers with an interest in fascism studies, British political history, extremism and anti-Semitism.

Luke LeCras holds a doctorate in history from Murdoch University in Western Australia, where he has taught undergraduate courses in global and modern European history. His research interests include fascism and right-wing extremism, nationalism and populism in contemporary British politics.
click to open popover