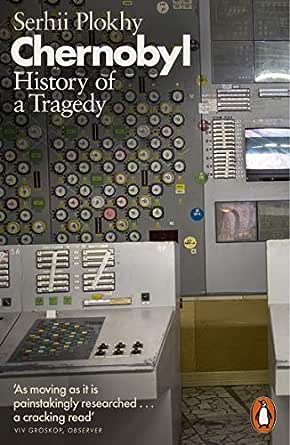 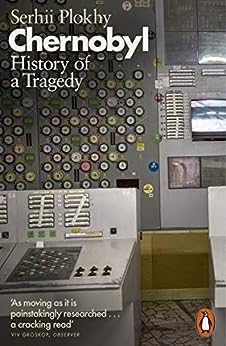 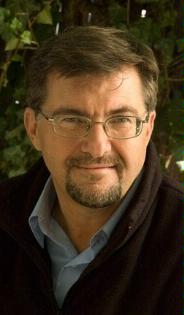 An insightful and important book, that often reads like a good thriller, and that exposes the danger of mixing powerful technology with irresponsible politics (Yuval Noah Harari, author of Sapiens)

The first comprehensive history of the Chernobyl disaster. . . here at last is the monumental history the disaster deserves (Julie McDowall The Times)

A work of deep scholarship and powerful stroytelling. Plokhy is the master of the telling detail (Victor Sebestyen Sunday Times)

This history reads like an academic thriller written by Malcolm Gladwell. Without losing any detail or nuance, Plokhy has a knack for making complicated things simple while still profound. As moving as it is painstakingly researched, this book is a tour de force and a cracking read (Viv Groskop Observer)

A compelling history of the 1986 disaster and its aftermath. . . Plokhy's well-paced narrative plunges the reader into the sweaty, nervous tension of the Chernobyl control room (Daniel Beer Guardian)

Plokhy's range, from scene-setting and character-sketching to hard science and political analysis, is near-Tolstoyan. His voice is humane and inflected with nostalgia (Roland Elliott Brown Spectator)

Plokhy, a Harvard professor of Ukrainian background, is ideally placed to tell the harrowing story of Chernobyl. . . he has an immense knowledge of Russian and Ukrainian history and maintains the highest standards of scholarship (Tony Barber Financial Times)

An important work that offers a clear-eyed assessment of the disaster and its consequences. . . Plokhy tells the story with great assurance and style, and the majority of his material appears here for the first time in English (Tobie Mathew Literary Review)

Serhii Plokhy is uniquely qualified to tell this tragic story: he writes not only as a major historian, but also as someone who was living with his family under the cloud of the Chernobyl disaster at the time. The result is as riveting as a novel (Mary Elise Sarotte, author of The Collapse: The Accidental Opening of the Berlin Wall)

A meticulous account of the disaster - and how the Soviet authorities tried to cover it up. . . A worthy winner of this year's Baillie Gifford prize for nonfiction (Robbie Millen The Times Books of the Year)

A dramatic, minute-by-minute account of one of the most shattering events of the Cold War, from an award-winning writer and historian
See all Product description

Terence johnson
5.0 out of 5 stars Epic disaster, epic history.
8 August 2019
Format: Kindle EditionVerified Purchase
Having watched the Chernobyl mini-series, and having been in Europe working in 1986, my interest in furthering my understanding was piqued. I purchased the paperback but read the book on Kindle - the electronic search facilities helped both instruct me, and remind me of the players. Such an authoritative yet easily read, chronological revealing of the timeline of the disaster, coupled with enough background, and back story to cover, well, everything that is pertinent. Thoroughly enjoyed the book, which is evident by my rating. Thank you Serhii.
Read more
Helpful
Comment Report abuse

Kindle Customer
5.0 out of 5 stars Historical details
18 June 2019
Format: Audible AudiobookVerified Purchase
This book anticipates any and every question we may ask about this tragedy. The history of the area and the descriptions of local peoples set the scene brilliantly.
Read more
One person found this helpful
Helpful
Comment Report abuse
See all 2 customer reviews
Write a customer review

Student
5.0 out of 5 stars Detailed account
19 January 2020 - Published on Amazon.com
Verified Purchase
This is a highly detailed account of the worst nuclear accident in human history. After watching the HBO series, I was curious as to the accuracy of the miniseries. Although the series took some liberties with the facts, it was well done. This book drills down and exposes the root causes of the accident, such as the cost-cutting that led to design flaws, the need to meet deadlines no matter the risk, and the control of information necessary for the proper management of the reactor. Then, the book exposes the Communist Party and the Socialist state while they fail to acknowledge the severity of the problem, then launch a massive cover-up. All in all, this book is an important recounting of the history of a disaster.
Read more
One person found this helpful

Amazon Customer
5.0 out of 5 stars History with personal stories
22 August 2019 - Published on Amazon.com
Verified Purchase
Well written, easy to read history book, with engaging personal stories that bring you into the moment.
Read more
One person found this helpful

Jack Gregorio
5.0 out of 5 stars Detail and Analysis
15 February 2020 - Published on Amazon.com
Verified Purchase
The best book on this disaster both in detail of the event and in analysis of its aftermath.
Read more

LightMaster
5.0 out of 5 stars Know what happened without the sides taken by critics, etc.
29 January 2020 - Published on Amazon.com
Verified Purchase
Good, balanced account without a lot of "politics." Background, event description and follow-up. In all, a very sad story, but one we must keep in mind.
Read more

jgrossma
5.0 out of 5 stars Prompt and professional
9 July 2019 - Published on Amazon.com
Verified Purchase
Exactly as described
Read more
Go to Amazon.com to see all 9 reviews 4.8 out of 5 stars
Get FREE delivery with Amazon Prime
Prime members enjoy FREE Delivery and exclusive access to movies, TV shows, music, Kindle e-books, Twitch Prime, and more.
> Get Started
Back to top
Get to Know Us
Make Money with Us
Let Us Help You
And don't forget:
© 1996-2020, Amazon.com, Inc. or its affiliates