Skip to main content
Cherished (Wanted Series Book 4) and over 1.5 million other books are available for Amazon Kindle . Learn more 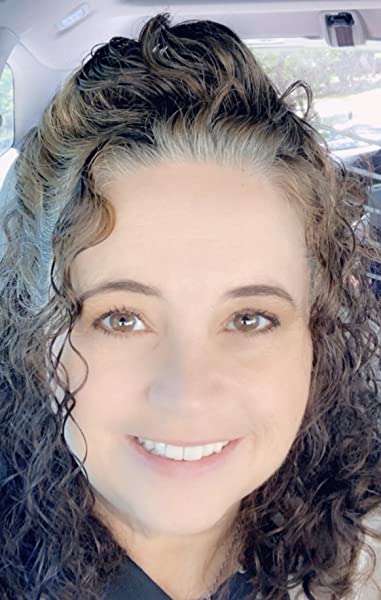 Page 1 of 1 Start overPage 1 of 1
Previous page
Next page
Start reading Cherished (Wanted Series Book 4) on your Kindle in under a minute.

4.7 out of 5 stars
4.7 out of 5
413 global ratings
How are ratings calculated?
To calculate the overall star rating and percentage breakdown by star, we don’t use a simple average. Instead, our system considers things like how recent a review is and if the reviewer bought the item on Amazon. It also analyses reviews to verify trustworthiness.

Sarah Martin
3.0 out of 5 stars Nearly four stars
Reviewed in Australia on 23 January 2014
Verified Purchase
I have really enjoyed this series and this book was just as good as the rest but I found it to be a little too sickening sweet in some spots.

This story line was really enjoyable and I loved Scott and Jessie but all the conversations of love between all the couples just seemed a little too much.

The book had an original concept and the when Jessie runs away was great.

The other problem I have is how forgiving the characters are with issues that have been major in previous books, I won't spoil it but you'll know what I'm talking about when you read it.

Otherwise it was great to keep up to date with all the gang and I will definitely keep reading the new books.
Read more
Helpful
Report abuse
See all reviews

Rachel B C Parker
5.0 out of 5 stars Loved it
Reviewed in the United Kingdom on 18 August 2018
Verified Purchase
Jessie and Scott have a bumpy road to travel. It never has been straight forward as Scott kissed Jessie in high school only to walk into another girl's arms moments later.
After a party which leads to a very drunk Scott and jealous b@#@h, things are not what they seem and Jessie runs away for five weeks.

Five weeks is a long time especially when you think you need to mend a broken heart.

Jessie and Scott seem to find forgiveness and plan for the future (not wanting to give too many spoilers away). They find their happily ever after and so do the rest of the gang.

What I love most is that we get POV from Ellie, Gunner, Ari, Jeff, Heather and Josh through out the book also so you get updated on everyone. What I especially loved was Alex's POV 17 years later.........can't wait for the book.
Read more
Report abuse

➳ Raj
4.0 out of 5 stars Cherished
Reviewed in the United Kingdom on 20 March 2014
Verified Purchase
I loved the prologue, Scott had been crushing on Jessie since forever, too hesitant to take a step in making her his girl until he could no longer fight his feelings or should I say her lips lol! Sharing one kiss with Jessie, sparked his true feelings for her, but being too frightened to admit them he left her stranded and ran off with the whore that is Chelsea, this is where I wanted to slap him! Jessie is left confused and heartbroken, and in that instant her issues on trust and forgetting Scott come into play. Cherished takes us on their journey which continuously tests the strength of Scott and Jessie's love for one another. I loved how Scott never gave up on finding Jessie, as her misjudgement caused her to run away thinking that Scott had betrayed her with his ex. I felt Scott's pain as he tried to make sense of what happened and tried to keep a lid on his anger, his reaction to seeing Jessie was painful but you could see how much these two really belonged together. Scott was so sweet, and I really liked Lark, I can't wait for his story, I wanted more for Trey as I liked him too and I felt his pain. We also get to catch up with the others which I loved and the kids were hilarious, so looking forward to reading Alex and Will's story. Good read with plenty of angst, drama, love and craziness!
Read more
Report abuse

Mikes music
5.0 out of 5 stars another 5* from me
Reviewed in the United Kingdom on 28 January 2014
Verified Purchase
This is a great way to finish this chapter in the Wanted series. With Kelly Elliott’s books you can live in the fairy tale and be swept away dreaming of happy endings and undying unconditional love.
Kelly’s books are full on romance they start where the last book left off, they will have you laughing out loud as well as sobbing your heart out.

Scott and Jessie have some big bumps in the road on there way to happiness but im so glad they get there in the end, there story was heart breaking at times but we get to the sugar and all is right with the world. It was such an emotional story.

I must say im intrigued by Lark im full of questions about him, what does he do for a living ect and i cannot wait for Kelly to share his story too which is called Unconditional Love.

Kelly has done such a wonderful job with this series and Cherished ties everything up, we get to visit with all of the Wanted couples in this book, we share some really loving moments with them, some down right steamy moments too, but above all they all have a happy ever after.

THE END…. ALMOST nearly killed me, i want Alex and Will’s story Without you, like yesterday please that little teaser was just not enough to hold me over until the book comes out! I just know im so going to love Gunner more watching him cope with his Baby girl dating, lol.
Gunner is my favorite ever book boyfriend in the wanted series closely followed by Jeff, but they are all just so dreamy.
Read more
Report abuse

Carron Scott
5.0 out of 5 stars Another fantastic read from Kelly Elliott.
Reviewed in the United Kingdom on 2 February 2014
Verified Purchase
Ok just finished Cherished and loved it. But why do I love ,Kelly Elliot's books? I find I can never put her books down so now made a rule never start reading unless I have plenty of time or I don't have to get up the next morning because I know it will be long haul I never want to put them down! Because they are written from the heart and you can tell books that are. Another author does this for me but for a different reason. The Wanted series is like reading about friends, I guess that is why some people mistakenly think they are based on real people which of cause they are not, Kelly might take some phrases or looks of people but those things just add to her imagination. The stories are believable, and I also think that's what's so great about them. They also keep the stories going of all the other characters. I will hate it when they come to an end, but already love the new series Broken. So if you have not read any of the books I fully recommend you do. 5 star.
Read more
Report abuse

Shirley Hunter
5.0 out of 5 stars another brilliant read
Reviewed in the United Kingdom on 29 January 2014
Verified Purchase
This is another brilliant read from Kelly loved this series and is ready for more from the Wanted Characters
Loved that everyone is included in this book and can't wait to hear abut Grams and Gramps what a story that will be
Scott is a darling and I could of slapped the bake of Jessie in this book she needs a good kick up the ??? But we forget she hasn't had a mother to guide her through life so I forgave her for her stupidity all the things that has happened to this couple wow !!!!
I love the children in this book and laughed herd at the antics of them what comes out of babes lol
I have to say to anyone who has not read this series it's a must absolutely brilliant
Read more
Report abuse
See all reviews
Back to top
Get to Know Us
Make Money with Us
Let Us Help You
And don't forget:
© 1996-2021, Amazon.com, Inc. or its affiliates