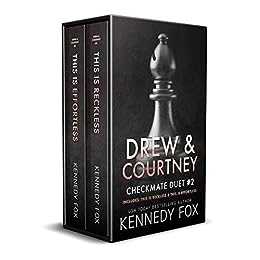 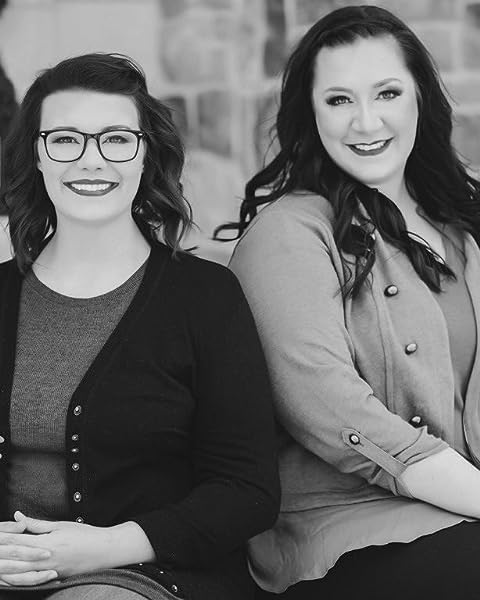 4.6 out of 5 stars
4.6 out of 5
128 global ratings
How are ratings calculated?
To calculate the overall star rating and percentage breakdown by star, we don’t use a simple average. Instead, our system considers things like how recent a review is and if the reviewer bought the item on Amazon. It also analyses reviews to verify trustworthiness.

Constance
5.0 out of 5 stars Country bombshell and sexy officer - roommates to lovers
Reviewed in Australia on 14 June 2020
Verified Purchase
You can’t help but fall for these characters. I love how this duet shows that you shouldn’t judge a book by its cover and our blond bombshell demonstrates so many layers of depth and is one fiery character. You also get introduced to Courtney’s crazy and handsome brothers! Draw also plays the straight laced but sexy officer.
Read more
Helpful
Report abuse
See all reviews

AMC
4.0 out of 5 stars So good.
Reviewed in the United Kingdom on 8 August 2019
Verified Purchase
Loved this story of Drew and Courtney.
Hot. Sweet. Angsty. Loving. With an added bit of scary thriller woven through.
Awesome story and definitely recommended.

Brina
3.0 out of 5 stars Two books in one, but...
Reviewed in Germany on 31 May 2019
Verified Purchase
It's really great to have two books in one, especially since is a duet.
However, This is Effortless was not really necessary. This is Reckless was way better and should've ended there.
Read more
Report abuse

Marjorie Noiseau
5.0 out of 5 stars Love it
Reviewed in France on 18 January 2021
Verified Purchase
A LOT of cheesy things and anger towards a person in particular but LOVE IT
Read more
Report abuse

eabreese
3.0 out of 5 stars this did NOT need to be a duet
Reviewed in the United States on 18 May 2019
Verified Purchase
Okay - this is a perfect example of why I dislike the duet concept. The need to fill two books took an interesting concept and turned it into something over done and frankly a little boring towards the end.

I liked Drew and Courtney and liked the set up for their story. Friends/roommates who gradually realize there is more to to their relationship. Add a crazy ex and a dangerous job for some drama, siblings and friends for a good secondary cast and you have the makings of one good book.

When stretched to two books, we ended up with a lot of filler that just left me flat. The sexy time even got old, especially once it started getting a little too creative.

I also struggled with the fact that several plot points were introduced, but never fully resolved. Combined with the heavy continuation of Travis/Viola’s story and the lead in to the next books and this was just too much.

There is so much potential here, I wish the authors behind the pen name would stop writing duets and focus on telling the story without the extras.
Read more
2 people found this helpful
Report abuse

Savana C. (@thebibliolife)
5.0 out of 5 stars Just buy them, who are we kidding?!
Reviewed in the United States on 26 October 2017
Verified Purchase
After finishing the first duet in this steamy sex-tuplet (<-- see what I did there?) series, I figured the rest just needed to be ordered as boxed sets since I KNEW I was going to finish reading them all. I was hesitant to move on to Courtney and Drew's story after being so enamored by Travis and Viola, however I am so glad that I did. The set up for the story line is completely different, as is the chemistry (in its own completely spectacular way!). It was lovely that the characters continued their stories throughout though, so we get plenty more snippets of Travis and Viola who btw are definitely the "old married couple" at this point :P Still snarky as hell though! I don't know how these ladies do it, but I was sucked in and finished this duet in just a few days. -no true spoilers below-

THIS IS RECKLESS-
After the crazy onslaught of feelings evoked with the previous duet (Traviola for short here, you know if you've read them), I really expected this to start with a bang but it didn't; I felt like this book started a bit slower than the others. Don't get me wrong, once the story picked up and Drew realized just what he was missing by being ignorant of ALL the signals Courtney gave him for years...things quickly got sexy and the plot was great. I absolutely LOVE how feisty and do-it-yourself Courtney is, she's a true tough southern gal and I adore her for it. You get so much more of that here, it really separates her character from Viola's which I was worried I'd have a hard time doing. Drew is protective, strong, smart and quick on his feet and the chemistry between the two is fantabulous! I enjoyed how the story progressed, and although I HATED her - Mia Montgomery really added an interesting and daunting aspect that keeps you on your toes as you grow to despise her and root for Courtney and Drew to get rid of her ass! The ending (mega cliffhanger) will have you BEGGING FOR MORE!

THIS IS BEAUTIFUL-
I couldn't believe the cliffhanger that Kennedy Fox left for us in THIS IS RECKLESS. If I hadn't of purchased the boxed set and just have been able to swipe to the next page, I probably would have overreacted and faked a heart attack or something. My heart was pounding in my chest and I felt every single emotion that Courtney was experiencing at the terror of what happened to them in Las Vegas. The author really wove the feelings of fear, right alongside passion and romance throughout this entire novel and I couldn't get enough of it. Courtney and Drew's relationship is tested over and over through this story, had it been me honestly I don't know if I would have stuck around. But EEK I am so glad that Courtney did because of course, it all turns out magical in the end and I loved every single second of their journey.

This leaves me #1. SO excited to read about the Bishop brothers in 2018, and #2. SUPER excited to dive into Logan and Kayla's story in the next duet. These books are a must people!
Read more
Report abuse
See all reviews
Back to top
Get to Know Us
Make Money with Us
Let Us Help You
And don't forget:
© 1996-2021, Amazon.com, Inc. or its affiliates