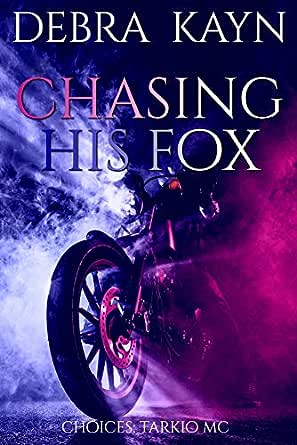 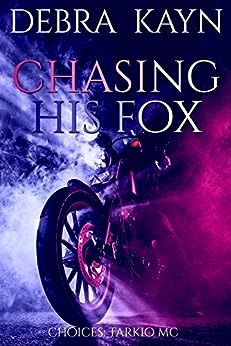 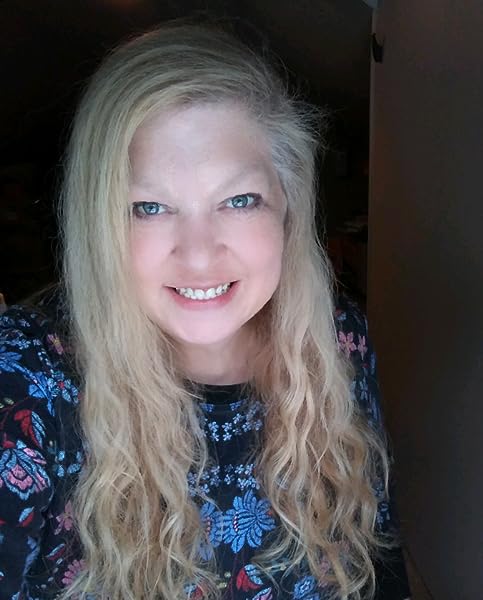 For as long as Scarlett can remember, Nelson Steel is the constant in her life. He's her best friend, her confidant, her secret. He dries her tears with rough, stained hands. Teaches her to drive. Looks after her as she flirts with dating and even shows her how to kiss.

She never tells anyone about the older boy next door because he depends on her, too. Every time his dad beats him up, she takes care of him. When he's lonely, she keeps him company.

Her dysfunctional family, for all their problems, only helps her see what she truly wants in life. And, that's Nelson.

Until the worst night of her life when she hears the arguing, the gunshots, and loses him.

She never imagines him coming home ten years later. But there he is, waiting for her on the other side of the fence.

Hardened.
Bossy.
And, sexier than ever.

There're only three things Nelson cares about, his motorcycle, Steel Mechanics, and Scarlett. One gives him freedom, the other income, and…well, Scarlett, she's the sunshine in his life. He's thought about her every second of every day for ten long years.

But his path back to her is filled with violence, and he has a massive target on his back. The only crime he's guilty of is loving Scarlett, and he'll fight everyone in Missoula if it means having another chance with her.

Kindle Customer
5.0 out of 5 stars 5 stars.
24 January 2020
Format: Kindle EditionVerified Purchase
I did love this book. I was thinking it was an mc book going by the title but it wasn't. Could have been disappointed but I wasn't. It was a great read.
Read more
Helpful
Comment Report abuse

Monique amarla
5.0 out of 5 stars Outstanding
2 December 2019
Format: Kindle Edition
This book was definitely a five star read it made me feel so many emotions all at once at one point i had to put the book down as I needed a minute to get my throughs together.

Kindle Customer
5.0 out of 5 stars Must read
8 December 2019
Format: Kindle Edition
Another amazing book by Debra absolutely loved the characters and the storyline I still love Debra MC books so it would be great if she could keep the book going
Read more
Helpful
Comment Report abuse
See all 3 customer reviews
Write a customer review

VivLA
3.0 out of 5 stars An unbreakable bound
29 December 2019 - Published on Amazon.com
Format: Kindle EditionVerified Purchase
Nelson and Scarlett had a close bound when she was a teenager. He always gave her the time her curious mind demanded. The part of their younger years lasted a little too long in the book, it was time to move on to the present. Then Nelson went to prison for a murder he didn’t commit. I don’t feel that was resolved. Although he finally figured out who let him take the fall, I felt that person got off too easy. Nelson now runs hot and cold with Scarlett and she just runs behind him like a love sick puppy, no matter how many times he hurts her by pushing her away.
Read more
6 people found this helpful

Reva Lilley
4.0 out of 5 stars Meant For each Other
3 January 2020 - Published on Amazon.com
Format: Kindle EditionVerified Purchase
I liked the book.It did drag in a few places,but for the most part it was well paced.For almost her whole life Scarlett has lived next door to Nelson Steel.He always looked out for her and she always took care of him when his dad would beat him.This is not the typical crushing on the boy/girl next door.Two people from different life styles and ages apart bond and fall in love.Small towns are hard to come back to when you are considered trash and a criminal.The way Kyan shows the vulnerabilities,prejudices and compassion of her characters makes this a heart felt story.She never disappoints me.
Read more
3 people found this helpful

Teresa
5.0 out of 5 stars Loved it !!
4 December 2019 - Published on Amazon.com
Format: Kindle EditionVerified Purchase
I really enjoyed this new book by Ms Kayn. Scarlett loved Nelson from the time she was a little girl and he watched over her. Things happen and when he came back 10 years later.
She fell even more in love with him. This was a great start to a new series. Can’t wait for what comes next.

linda patino
5.0 out of 5 stars a nicely written story
9 December 2019 - Published on Amazon.com
Format: Kindle EditionVerified Purchase
I really enjoyed this story it had a wonderful plot that grabbed your attention from the start...A young lonely girl attached to the bad boy next door ...years of attention made their bound strong...But the bad boys father is evil a hit is put out in him and tbhe bad boy goes to prison , 10 years she waits and on the story goes, wont tell too much more read it & it will grab ya
Read more
2 people found this helpful

Never ending love of words
5.0 out of 5 stars Another one I love
23 December 2019 - Published on Amazon.com
Format: Kindle EditionVerified Purchase
I haven't read all of Debra Kayn books, but the ones I've read I love. Nelson was older by 8 years which I like when they are older even older than this preferably. The relationship with Nelson and Scarlett was so well done. They both grew and loved so real. I really recommend this story and to try one of Debra's stories they are so good.
Read more
2 people found this helpful
Go to Amazon.com to see all 41 reviews 4.8 out of 5 stars
Get FREE delivery with Amazon Prime
Prime members enjoy FREE Delivery and exclusive access to movies, TV shows, music, Kindle e-books, Twitch Prime, and more.
> Get Started
Back to top
Get to Know Us
Make Money with Us
Let Us Help You
And don't forget:
© 1996-2020, Amazon.com, Inc. or its affiliates