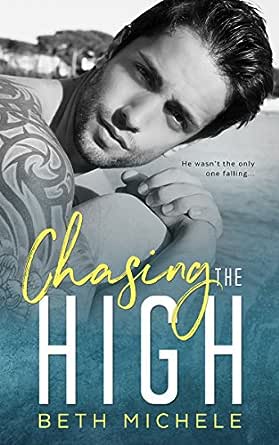 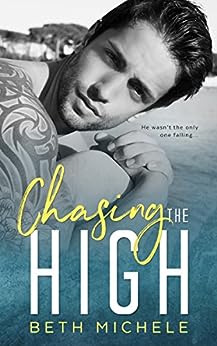 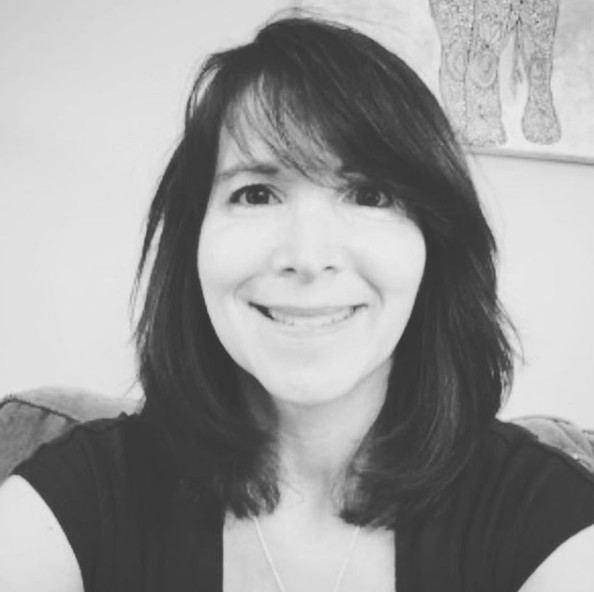 They say opposites attract, don't they? After being left at the altar, Sam takes off to Hawaii and meets his match in Drew, the broody, tattooed bad boy who spins his life in a direction he never saw coming...

That only happened in books. Fictional disasters like the kind I wrote. It wasn't supposed to happen to me, Sam Stone. My life was supposed to be orderly. Organized. Perfect.

But I had no control over my fiancé's decision to leave me.

What better place to be alone while nursing my broken heart than in paradise, right? Two weeks of sandy beaches and tranquil waters to quietly rethink my life.That's what I thought anyway--until Drew Mariano came along and shook everything up. He shook me up. He made me feel high on life.

But I was afraid...the higher I got...the harder I was going to fall...

**A hot mm story. 18+ due to language and graphic sexual content.**

Beth Michele is an author of M/F and M/M New Adult and Contemporary Romance. She writes stories with heart, about love, life, and everything in between. She is a Connecticut native who loves spending time with her husband and two children. If you can't find her, though, she's probably hiding out with her laptop or kindle somewhere quiet, preferably a spot overlooking the ocean. She loves Swedish Fish and Twizzers, and makes a damn good hot chocolate.
click to open popover

Bruce W.
2.0 out of 5 stars Started out good finished bad !
12 January 2019
Format: Kindle EditionVerified Purchase
First half reasonably good enjoyable story line,terrible last half. Went on far to long . Far to much swearing ,using the F word far to many times is completely unacceptable in any story .This author didn’t seem to know any other swear word. Sorry but l want be reading any more of her work.
Read more
Helpful
Comment Report abuse
See all 1 customer reviews
Write a customer review

After being left at the altar by his fiancé, Sam Stone decides to go on his honeymoon to Hawaii anyway. On the plane he bumps into a rather hot guy, one who has a bit of an attitude. Sam’s humour breaks through Drew’s defences and they develop a friendship from there. In the beginning Sam thinks Drew is straight so when he’s asked why he’s in Hawaii, and Drew assumes his fiancé must have been a female, Sam doesn’t disavow him of that notion. Having said that, they build a good friendship base from near the start, with a smouldering intensity just beneath the surface.

Sam is twenty nine and a successful author. He comes from a loving family. He is sweet, methodical, practical, and has anxieties, particularly involving a bit of risk or change to his routine. Working for himself and on his own doesn’t particularly facilitate any need for him to come out of his comfort zone on any given day. Going to Hawaii on his honeymoon alone was pretty much new territory for him.

Drew is twenty six and works in Web development for a New York department store. He is a risk taker and full of outward cheek and bravado. He talks Sam into some adventures, like helicopter rides, jumping off cliffs into the sea, and trying new foods at a luau. And dancing – something Sam does not do. He pushes Sam into unchartered territory.

The two are opposites in the way they grew up – Sam from a wealthy family in New Jersey, including a sister, Mia, whom he’s close to. Drew, from a one parent one child home of borderline poverty in New York. Sam’s family are accepting of him, Drew’s father isn’t. The two guys learn a number of things about the other while on vacation.

I won’t go into anymore backstory or details, I’ll simply say that the MCs are an interesting and lovable mix, the story a nice read, with enough emotion to make you relate to the guys at a deeper level.

It is nice to have a relationship forming from a compensatory standpoint as opposed to a couple who are two peas in a pod. People don’t have to like the exact same things, eat the same food, act the same way in order to have a great relationship. These guys do compliment one another well, their strengths are a well developed backbone for each other and for their relationship.

You get two POV, although the majority of the book is from Sam’s perspective. If Drew didn’t get a POV, and it takes a while to get to his, it may have been hard to connect to him. I thought it added to the overall storytelling and the two main characters that they both had a voice, and exactly the way it was written.

The secondary characters, while not needed much, were good.

The three dimensional writing added good emotion and I felt a real connection to and understanding of Sam and Drew – I always need that, and Chasing the High delivered.

Drew swears way too much for me. I don’t mind swearing in dialogue, that is fine, but in the general narrative I don’t like it. I understood the motivation for it here, but irrespective, I’m just not a fan as a reader. It’s official. I’m old.

I really liked this book. A lot. It was so close to a 5 star read. I think the MCs are fantastic, the chemistry right, the time spent away in Hawaii had a lovely slow burn, and when they had sex, phew, it was really hot. Beth Michele has delivered a highly enjoyable contemporary gay romance with MCs you can cheer for, and I can see she is one talented author. For lovers of gay contemporary romance with emotion and some depth as well, for those who simply believe love is love, who like to mix up the gender of the main love interests in romance, Chasing the High is highly recommended reading. 4.5 Stars!
Read more
8 people found this helpful

mjlovestoread
5.0 out of 5 stars A beautifully written story that proves once again that love is love!!
17 October 2016 - Published on Amazon.com
Format: Kindle EditionVerified Purchase
I thoroughly enjoyed Chasing the High. Beth Michele has created truly wonderful characters in Sam and Drew and from the very start I knew their adventure would be worth every minute.

As they both head to Hawaii to soothe broken hearts, this unlikely duo somehow find the missing piece of their soul within each other. They do say opposites attract and for Sam and Drew that couldn't be more fitting. Each dealing with a world of hurt, they discover that they are not only wildly attracted to each other but can bring out the joy that was sorely absent from each other's lives.

Their burgeoning love story is tender, sweet, insanely witty and sincerely touching. Sam and Drew also bring the heat, whether just from a look from across the room or from the first time they succumb to their desires and get lost in each other over and over again. It was complete joy watching as they tease each other, push each other both mentally and physically and surprisingly come to the stark realization that they both want more.

I loved that for most of the book, the story revolves around Sam and Drew with no one else to take away the reader's attention. And when there are important secondary characters introduced, they provide the perfect compliment to the story. Together with the right amount of angst, Chasing the High is one great read.

Beth Michele's first leap into the world of M/M is a resounding success! I honestly hope she writes more in this genre in the future. Love is love.

Erika G.
5.0 out of 5 stars A truly wonderful love story!
17 October 2016 - Published on Amazon.com
Format: Kindle EditionVerified Purchase
CHASING THE HIGH by Beth Michele is a story to behold!
Sam is looking to escape the life he's always known, after his world is thrown off kilter by being stood up at the altar.
Drew is looking to get away from a busy, stable life that he worked hard to achieve.
What these two men don't realize is that sometimes by running away, you are truly running toward something even bigger.

As Sam and Drew meet by chance, they embark upon a friendship so real, so strong, so fun and happy, that it doesn't even occur to them that it is okay to act upon their attraction to each other. Once they do, fireworks!

Sam and Drew make a great couple and really find the time to get to know each other, each one taking risks and telling the other hard truths about themselves. Falling so fast can also lead to misunderstandings and mistakes, but one thing is certain and clear, that these two were made for each other.

As Sam and Drew try to navigate their ways through this new life…the life born of their incredible connection, adventures ensue, and Sam's sister Mia, their parent, Laura and John and Drew's friend Joe become important parts of the fabric of their lives!

Chasing The High is a tale of hope, happiness, loss, lust and love! I would be best friends with these boys in a heartbeat!! Great job, Beth Michele!!
Read more
5 people found this helpful
Go to Amazon.com to see all 68 reviews 4.6 out of 5 stars
Get FREE delivery with Amazon Prime
Prime members enjoy FREE Delivery and exclusive access to movies, TV shows, music, Kindle e-books, Twitch Prime, and more.
> Get Started
Back to top
Get to Know Us
Make Money with Us
Let Us Help You
And don't forget:
© 1996-2020, Amazon.com, Inc. or its affiliates