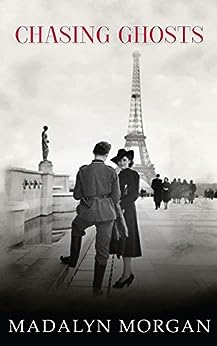 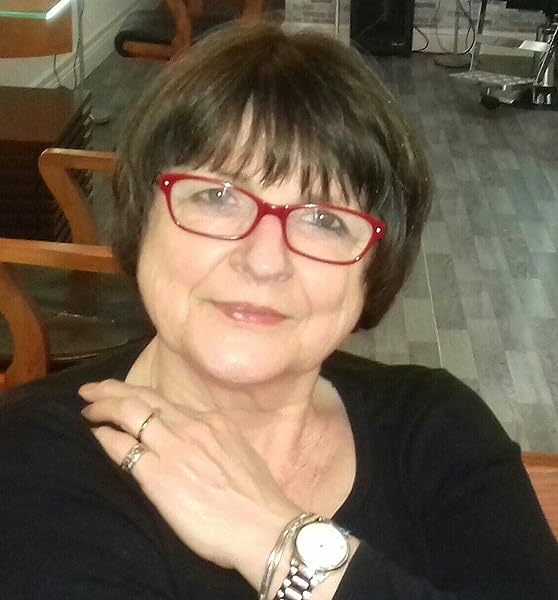 by Madalyn Morgan (Author) Format: Kindle Edition
See all formats and editions
Sorry, there was a problem loading this page. Try again.
In 1949 after receiving treatment for shell shock in Canada, Claire's husband disappears.
Has Mitch left her for the woman he talks about in his sleep? Or is he on the run from accusations of wartime treachery?

Claire goes to France in search of the truth, aided by old friends from the Resistance.

Madalyn Morgan was an actress for more than thirty years working in repertory theatre, the West End, film and television.

Madalyn was brought up in a busy working-class pub in the market town of Lutterworth in Leicestershire. She was Christened Madalyn Smith, the name she chose when she joined the actors union, Equity. Unfortunately, there was already an actress with that name, so with seconds to decide on another name Madalyn chose Morgan from a rum bottle. &quot;The pub was a great place for an aspiring actress and writer to live. There were so many characters to study and accents learn.&quot; At twenty-four Madalyn gave up a successful hairdressing salon and wig-hire business for a place at East 15 Drama College, and a career as an actress.

In 1990, Madalyn gave up acting for love and love gave her up in 2000. Rather than start again in the acting business, Madalyn became a radio presenter, taught herself to touch type, completed a two-year creative writing course with The Writer's Bureau, and wrote articles for newspapers and magazines. After living in London for thirty-six years she has returned to Lutterworth, swapping two window boxes and a mortgage, for a garden and the freedom to write. And she is loving it.

There Is No Going Home: https://www.amazon.co.uk/dp/B07SHTGMFF

Sandy
TOP 500 REVIEWER
5.0 out of 5 stars Brilliant.
Reviewed in Australia on 4 September 2019
Verified Purchase
It is 1949, but the atrocities of World War II will not go away.
A missing person, a return to France to reconnect with old friends and members of the Resistance, with plenty of suspense and intrigue to be another great page turner for me.
This fabulous series is so addictive, I am happy to recommend to all lovers of WW2 stories .

Elizabeth Ducie
5.0 out of 5 stars Where Is Mitch - and Why?
Reviewed in the United Kingdom on 26 June 2018
Verified Purchase
The sixth in the engaging series of novels about the Dudley sisters. We first met Claire and Mitch in 'China Blue', working with the French Resistance during WWII. Now it's 1949 and Mitch's shell shock takes them to Canada, along with their young daughter, Aimee. Three go to Canada, but only two return. Mitch has disappeared! Where and why are two questions Claire sets out to discover. But she quickly discovers that danger doesn't necessarily stop when hostilities cease.

Madalyn Morgan is a good story-teller and always, her research into the period is meticulous. I very much enjoyed the latest in the series and look forward to more in the future.
Read more
2 people found this helpful
Report abuse

Lanky Lady
5.0 out of 5 stars A thrilling adventure
Reviewed in the United Kingdom on 4 December 2018
Verified Purchase
My favourite of the Dudley Sisters sagas was China Blue about the SOE operations during WWII and to my delight this novel continues the story of Claire and Mitch in the years following. To say that it has a corker of a plot is an understatement. After having been on a trip to Canada for Mitch to receive treatment for what was then known as shell shock (now known as PTSD), Mitch disappears moments before they are due to leave for England. Claire suspects that Mitch has been having an affair with someone called Simone, whose name he has been calling out in his sleep so decides to try and find him, a trip which involves returning to France. What follows turns out to be a corker of a plot with a dramatic ending.
Read more
One person found this helpful
Report abuse

Marchhare
5.0 out of 5 stars Couldn't put it down read
Reviewed in the United Kingdom on 30 July 2018
Verified Purchase
Another great read in the Dudley Sisters Saga the story once again kept you gripped Claire and Alain being the main characters a lot of detective work went on but they got the result they were hoping for. I recommend you read the book to find out what they got up to. I just hope that more books are coming out about the same family.
Read more
2 people found this helpful
Report abuse

JB
5.0 out of 5 stars Thoroughly enjoyable series
Reviewed in the United Kingdom on 27 August 2018
Verified Purchase
I read the first five books a few months ago and thoroughly enjoyed them, this latest addition to the series was equally enjoyable. I appreciated that this book followed after WWII had ended, as we all know life goes on, so it was a great idea to carry on the story. When I read a series I usually buy all the books before I start however I had read the first five books before I realised that this book was on the way, though I had to wait a while for it to be released the story was still fresh in my mind so no refresher needed. I thoroughly recommend this series, it is a very good read.
Read more
One person found this helpful
Report abuse

Roses are Amber
3.0 out of 5 stars A sequel to China Blue (Book #3 in the series)
Reviewed in the United Kingdom on 29 September 2018
Verified Purchase
3.5 stars

Chasing Ghosts is book six of the Dudley Sisters World-War-Two historical sagas, but is primarily a sequel to China Blue which is book three of the series. I recommend reading these books in sequence to understand the connections.

This is the continuation of Claire and Mitch’s story. Mitch has been suffering from severe shell shock, and he’s been having treatment for it in Canada. But a mystery surrounds his therapy which escalates when Mitch goes missing.

Claire must find her husband before the military catch him and accuse him, she suspects, of false war-crimes. She heads to France and asks for help from her former friends in the Resistance. The trail leads across post-war France as Claire puts her previous skills as a spy back into good use.

It did take me a while to get into this book, as I had to recall the events of China Blue; a 'story so far' paragraph or two at the beginning might have helped. The book is very well-researched and presented, which is always a big plus, but I felt that the story itself was slowed down by too much mundane detail that added little to either atmosphere or plot, whereas just the odd well-placed detail would have enabled me to visualise the scene. Throughout the book there is mention of product names of the time, which will appeal to the readers who enjoy this feature of books set in this period, though I find such pressing of the nostalgia buttons a little contrived. This is, however, just a personal opinion that I know many will not agree with.

Overall, an okay read, but it was only at around half-way that the story began to build in tension. I think the writing style missed opportunities to make it sharp and excitingly dangerous, elements that many readers in today’s marketplace demand.
Read more
Report abuse
See all reviews
Back to top
Get to Know Us
Make Money with Us
Let Us Help You
And don't forget:
© 1996-2021, Amazon.com, Inc. or its affiliates