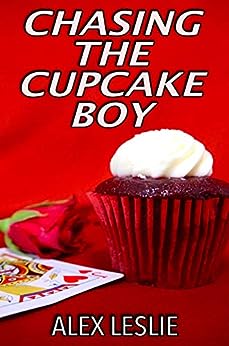 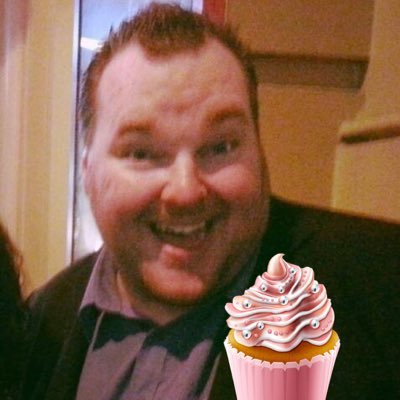 3.9 out of 5 stars
3.9 out of 5
33 global ratings
How are ratings calculated?
To calculate the overall star rating and percentage breakdown by star, we don’t use a simple average. Instead, our system considers things like how recent a review is and if the reviewer bought the item on Amazon. It also analyses reviews to verify trustworthiness.

MikeC
TOP 500 REVIEWER
4.0 out of 5 stars An interesting blend of MM Romance and Suspense.
Reviewed in Australia on 27 July 2019
Verified Purchase
Chasing the Cupcake Boy is the debut MM Romance for Australian Queer author Alex Leslie. It tells the story of Alex, who after a vicious attack, has lived a secluded life rarely leaving his home for the past seven years. In that time, he has developed a highly successful online cooking channel, The Cupcake Boy, which features videos of Alex making cupcakes all while maintaining his anonymity.

On a rare outing, he is literally swept off his feet by Nick, a successful gym entrepreneur. Despite not believing true love is in his cards, Alex finds himself running out of excuses to deny Nick his attention.

This is an interesting story about two delightful characters. Alex is sweet, a little innocent and resigned to his lot in life. Nick is larger than life, successful and used to getting what he wants. I thought the two characters came across well, and their relationship was fun to watch unfold.

The book contains a storyline involving a stalker from Alex's past that adds to the tension and creates a level of suspense you don't usually find in MM Romance novels.

I found Chasing the Cupcake Boy to be an enjoyable, easy read. A good read for the commute, or the wind-down before bed.
Read more
One person found this helpful
Helpful
Report abuse
See all reviews

I considered giving this book 1 Star, but decided against it, because I wanted to honor its effort of fat and (good) disabled rep. It also became clear, that I'm absolutly not the target audience of this book, - which isn't changing the fact, that the book isn't good - but there's that.
I also loved the plot twist. It was good. I wasn't cheated, the clues were there, but I still didn't see it coming. Sadly, it was excecuted terriblly and was a waste of potential, but the twist itself, was good. Those things and those things only, were the reason for the 2 star rating. The rest was a big uff.

So the main complaint I have is the whole reason for the plot. I could totally get why Alex went out the very first time. It made sense to me, but then he runs into Nick and from there on forward it goes all downhill. The very first time their HANDS! touch, Alex's quote banana twitched end of quote. Like dude.

Anyways, Nick is absolutly pushy, - too pushy for my liking - and athough their very first interaction is horrible and not romantic at all, Alex thinks Nick is the hotest human in the univers, so duck being carefull I guess. There is no spark, no meet cute. He just thinks Nick is hot. And that's apparently enough. There even is a second where he - at least I'M reading it that way - is kinda scared of Nick. Because he appears to be following Alex - he isn't but given the context, it made sense for Alex to think that. But Nick is mega ultra hyper hot, so he doesn't care. Doesn't care, that he's been hiding and shaking for 7 years. Doesn't care, that there is a crazy, dangerous criminal out there that is after him, doesn't care about the life he was living for 7 years. All of that doesn't matter, because Nick is hot. And banana actioin is always worth risking your life for. I'm not saying, that the life Alex had to that point was really great. And I'm also not saying, that he isn't allowed to live and be in love. What I am saying though is, that he's way to carefree. I'm not trying to shame the victim here. Jack is obviously at fault. But that isn't changing how reckless Alex is acting.

That plot whole is so big, that it ruined a lot for me. But the cherry on top, was delivered by the characters and - especially - by their relationship. Both of them are fine as people but they absolutly don't work as a couple. And the book trys to hide this by doing 2 things.
1. Tell not Show :) Because after having 1 conversation you can already feel this deep, aching connection . hahah ... no :) We're told how much X apparently understands, how much they apparently have in common, but the only thing they have in common is their love for old sci-fi movies. There is nothing else, because they don't talk about anything else. There are SOME conversations, but they almost always lead to s x or talk about s x. And you know what? That's not having a connection. That's no basis for a deep romantic relationship. If they were aromantic, cool. Do you. But they are not. The book is trying so HARD to make me believe that those s xual encounters are a sign of love and emotionall bonding, when they are clearly not.
2. S x :) This isn't an er0tica... I think (?) - wait, I'm looking it up aaaand no - so that means that your characters need to actually build a connection. It's not enough to have s x. It's not enough to just throw a stalker at them and be like "See! They are working together to overcome this" Which first of all, of course, cause they don't wanna die. And second of all, they don't take that stalker serious at all.
Jack is supposed to be this big bad guy, this gigantic monster, that almost murdered Alex and left him traumaticed and hurting for the rest of his life. So what are they doing when Jack returns? When he attacks? Well... normal people would worry. But Nick and Alex? Those two just sleep with each other.

After the very first appearance of Jack, Alex is left shacking and anxious. He is in pain and not doing too hot. So the oh so sweet Nick offers a massage. Stupid me actually thought for a second, that it would be just that. That Nick would show just ONCE that he is capable of interaction with Alex in a non-smexy way. But, - of course - I was wrong. Oh so wrong. Because yes, the only way to quote make you feel good end of quote is through banana action.
And then after the second appearance , after Alex has a mild panic attack and a slight meltdown, what do you think Nick thought would be a good idea? Exactly. Banana Action :)

On that note I'd like to mention, that caring and understanding Nick is not happy that Alex is taking meds. Because you've obviously had medical education and are therefore totally quallified to decide how Alex should be treated, got it.

Sweet Nick is also not really understanding what 'taking it slow' means. Alex is a virgin, so Nick assures him that they will quote Take it slow end of quote Just to have sex in the very same chapter. I guess I just never understood what slow really means.

There is also some stuff that is rubbing me the wrong way. Like, they haven't even had 1 date yet, but Nick is already calling Alex 'his' and 'his boy' like, maybe - oh I don't know - don't ?! The book is trying to get away with this because it's like "Yeah that's a BDSM thing", which I have no clue about, so I can't object. But at that point Nick didn't talk with Alex about that yet, in fact, he never really does. They just have banana action and Alex has to suddenly deal with the reality of things. The last time I checked, trust and honesty are the most important thing in this kind of thing. You TALK before you attack your partner with your banana. Because that's how consent works.

People often believe it's just the "Stop putting your banana in my body" thing, but it's not. Consent is way more. Like for example, it includes NOT throwing your tongue in someone elses mouth before you ask them if that's cool. Or - oh I don't know - ASKING what the other actually wants, NOT forcing them to live with you, ACCEPTING if they are telling you no. No means no, sure. But there are way more ways to say no, without using those two letters. He knows that Alex said no, but he wants it, so we bother Alex until he says yes. And eyyy that's totally counting as consent, am I right?
Or there is that time were Nick calls Alex a quote naturally born submissive end of quote . Again, that's at a time when they had NOT talked about the whole BDSM and - what is it you actually like doing in bed - thing yet. So could you maybe not?

There is also a clear lack of cupcakes. The dude is called cupcake boy and the book is LITERALLY called chasing the cupcake boy. So how many cupcakes is Alex making? How important are they really for him? I'm bringing this up, because it is totally possible to include cupcake making. 'Remaking of Corbin Whale' does that greatly. After reading it I got hungry for jewish food, because the book made it sound so good! I wanted that from this book too. They buy food in one scene and I hoped they'd get the chance to make cupcakes together. I wanted a cute scene, someting, literally anything cute. But I didn't get that. So when they tell each other the L-Word, I'm not impressed.

The plot twist was great, but it was also done so poorly, I felt cheated.

If any of the above sounds like your kind of thing, go for it. I'm really happy that there seems to be someone that could enjoy this book. That someone - however - wasn't me.
Read more
Report abuse

Anky's Book Bubble
4.0 out of 5 stars Sweet and Exciting
Reviewed in India on 15 March 2021
Verified Purchase
The romance in this book was super sweet, and I loved how protective Nick was of Alex. And the mystery of the stalker kept me turning the pages.
Read more
Report abuse

Maureen M
1.0 out of 5 stars just no
Reviewed in the United States on 13 August 2020
Verified Purchase
Alex was seriously attacked by a man who he had one date with and was harassed and stalked. He had to go into hiding. He meets Nick who is attracted to chubby men. After meeting him he forgets all his security rules. Goes out in public numerous times after not leaving his house for seven years. He allows Nick to dominate him after one date. Nick refers to him as his boy. After two dates they are living in Nick's house and Nick is controllong his life. How is this different from Jack? Suspend belief if you read this.
Read more
5 people found this helpful
Report abuse
See all reviews
Back to top
Get to Know Us
Make Money with Us
Let Us Help You
And don't forget:
© 1996-2021, Amazon.com, Inc. or its affiliates