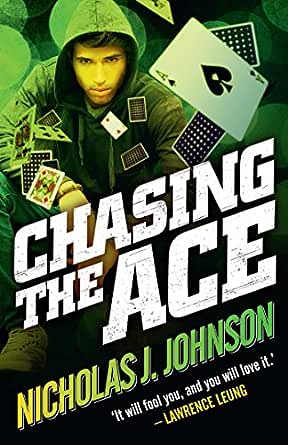 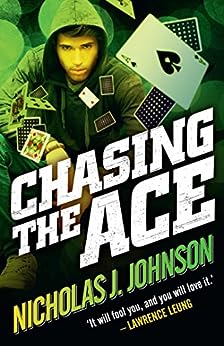 Having grown up in the circus around carnies and sideshow folk, Nicholas J. Johnson soon learned that con artists apply the same skills of sleight of hand and psychological manipulation in the real world. Today, he works as performer, writer, and consultant based in Melbourne, exposing the world of con artists to the public to better protect themselves. He has appeared on Today Tonight, A Current Affair, The 7pm Project, Today, Sunrise, and Kids' WB, and he starred in the Channel 9 series The Real Hustle, which aired in 2012. He also presents “Scam of the Week” with Kathy Bedford each week on ABC Statewide Drive. He has performed at the Melbourne International Comedy Festival, Melbourne Magic Festival, Adelaide Fringe Festival and Edinburgh Fringe Festival. See Conman.au for more. --This text refers to the paperback edition.
click to open popover

Renee Mihulka
5.0 out of 5 stars Great, witty, read with fabulous characters, set in Melbourne AUS.
Reviewed in Australia on 26 August 2019
Verified Purchase
This is such a fun and clever book. A damn fine read set in Melbourne Australia. I’d highly recommend it to anyone who likes crime, contemporary fiction or has ever wondered why some people con others.
Read more
Helpful
Comment Report abuse

Shelleyrae
TOP 1000 REVIEWER
4.0 out of 5 stars Entertaining..honestly
Reviewed in Australia on 20 July 2014
Nicholas J. Johnson, who works as a performer, writer and consultant, exposing the world of con artists to the public to better protect themselves, has drawn on his knowledge and experience to author Chasing the Ace, his entertaining debut novel.

Told from dual first person narratives, Chasing The Ace introduces Richard, an ageing, world-weary con 'artiste' and Joel, a young, wannabe grifter who meet on the streets of Melbourne. Richard, contemplating retirement, decides to take Joel under his wing and the pair form a profitable alliance. Joel is eager to learn all he can, and is thrilled when the money starts rolling in, but when they accidentally scam an off duty cop, neither man is sure if they will be able to con their way out of trouble.

The novel is fast paced, with enough excitement and a few surprising turns to maintain suspense. I have to admit I didn't predict the final twist, but found it a satisfying ending to the story, which also provides potential for a sequel.

I thought the main protagonists were well developed, with interesting backgrounds and distinct voices. Richard is jaded and cynical, Joel is initially enthusiastic and idealistic though slowly becomes increasingly disillusioned by the realities of the lifestyle, having fed his expectations with a diet of classic con movies like 'The Sting' and 'Rounders'.

I might have been more impressed overall had I not just finished binge watching the entire series of Leverage, an American TV program about a crew who pull off sophisticated and complex cons in each episode. By contrast, the cons run in Chasing the Ace seem inelegant and somewhat distasteful, even if far more realistic.

A quick and entertaining read, I enjoyed Chasing the Ace...honestly.

Amazon Customer
5.0 out of 5 stars a brilliantly engaging novel
Reviewed in the United States on 12 August 2014
Verified Purchase
Chasing the Ace is a stunningly superior read; astonishingly well written for a first novel. It draws you into an environment that seems familiar yet fresh and sparkles with delightfully drawn observations about tiny details that make you look twice at the world around you. The characters are not who they first appear and the twists keep coming at a breakneck pace. Highly recommended page turner that leaves you eager for the next instalment
Read more
One person found this helpful
Helpful
Sending feedback...
Thank you for your feedback.
Sorry, we failed to record your vote. Please try again
Report abuse

Natalie
5.0 out of 5 stars Slick and suspenseful
Reviewed in the United States on 17 July 2014
Verified Purchase
Slick, well-written and suspenseful - loved it! Some hilarious dialogue and descriptions but it's the characters, especially Joel, that make it all work
Read more
One person found this helpful
Helpful
Sending feedback...
Thank you for your feedback.
Sorry, we failed to record your vote. Please try again
Report abuse