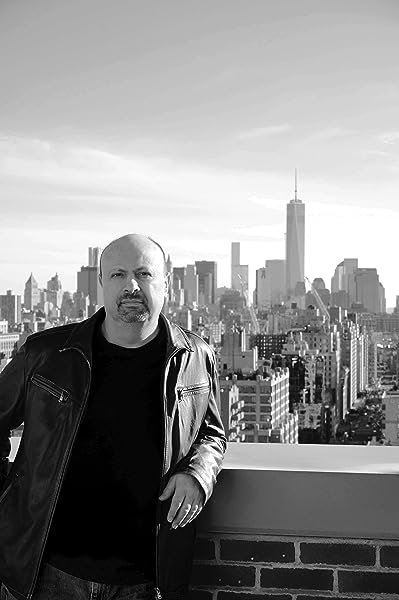 by Lorenzo Carcaterra (Author)
4.1 out of 5 stars 78 ratings
See all formats and editions
Sorry, there was a problem loading this page. Try again.

Praise for Lorenzo Carcaterra Paradise City "Paradise City has it all: revenge, international locations, and crime-family intrigue."
-The Detroit News "A powerful read . . . with plenty of action and dialogue as authentic as the streets of New York."
-St. Petersburg Times "[A] fast-paced adventure . . . pure storytelling joy, with some eye-popping surprises along the way."
-The New York Sun Apaches "Pulp noir . . . Apaches showcases Carcaterra's ability to create chillingly evil characters and a world horrifying in its depravity."
-The Washington Post Book World "One of the most intriguing writers around . . . Readers will no doubt die for this stuff."
-Newsweek "A compellingly readable novel . . . Think of it as The Magnificent Seven Does New York."
-The Dallas Morning News

Lorenzo Carcaterra is the author of Paradise City, Street Boys, Gangster, A Safe Place, and the New York Times bestsellers Sleepers and Apaches. He has written scripts for movies and television, and has worked as a writer and producer for Law & Order. Learn more about his work at www.LorenzoCarcaterra.com.
Tell the Publisher!
I’d like to read this book on Kindle

Lorenzo Carcaterra is the #1 New York Times bestselling author of A Safe Place, Sleepers, Apaches, Gangster, Street Boys, Paradise City, Chasers, Midnight Angels, The Wolf, and Tin Badges. He is a former writer/producer for Law &amp; Order and has written for National Geographic Traveler, The New York Times Magazine, and Maxim. He lives in New York City and is at work on his next novel.

bibliophile 1961
4.0 out of 5 stars great stuff.
Reviewed in the United Kingdom on 9 February 2018
Verified Purchase
In the process of reading all of this author's works again, great stuff..
Read more
One person found this helpful
Report abuse

Mr. D. Goodison
5.0 out of 5 stars Excellent Storyline.
Reviewed in the United Kingdom on 14 June 2017
Verified Purchase
Excellent storyline. Typical Carcaterra. I dont like giving anything away. So buy it.
Read more
Report abuse

John Power
4.0 out of 5 stars Far fetched but
Reviewed in the United Kingdom on 12 February 2008
Verified Purchase
I love detectives and thrillers.
This is something else.
Well written, unusual and well researched.
Recommended if you like NY Cop mixed with revenge.
I will buy more.............

D
5.0 out of 5 stars Five Stars
Reviewed in the United Kingdom on 7 July 2015
Verified Purchase
one of the best books
Read more
Report abuse

Tiffany B.
5.0 out of 5 stars Great Read!
Reviewed in Canada on 5 February 2016
Verified Purchase
Thoroughly enjoyed it! It's fast-moving, has good character development, and is full of suspense. I've only read one other book by this author, but I enjoyed this so much I'll be looking for more.
Read more
Report abuse
See all reviews
Back to top
Get to Know Us
Make Money with Us
Let Us Help You
And don't forget:
© 1996-2021, Amazon.com, Inc. or its affiliates