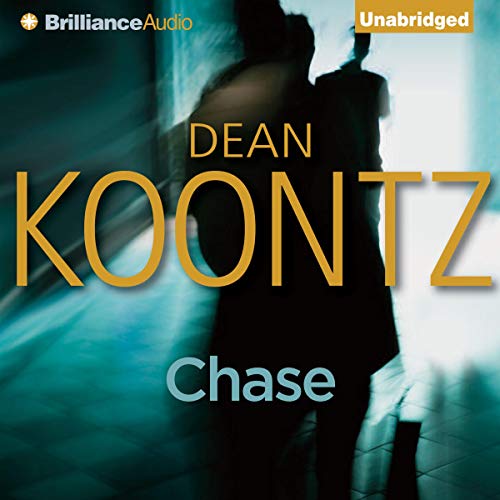 4.5 out of 5 stars
4.5 out of 5
374 global ratings
How are ratings calculated?
To calculate the overall star rating and percentage breakdown by star, we don’t use a simple average. Instead, our system considers things like how recent a review is and if the reviewer bought the item on Amazon. It also analyses reviews to verify trustworthiness.

Ken Davis
5.0 out of 5 stars Good read
Reviewed in Australia on 23 May 2019
Verified Purchase
Once again I have been highly entertained and mentally stimulated by a Dean Koontz book. Would highly recommend to everybody
Read more
Helpful
Report abuse

Casey Carlisle
TOP 500 REVIEWER
3.0 out of 5 stars Psychological Stalker from the ‘70’s – still has good bones.
Reviewed in Australia on 13 September 2018
‘Chase’ has a slight air of misogyny and sexism, popular for its time - written in 1972 - and felt like it was influenced by detective novels and early Stephen King. Many characters felt stereotyped and had a level of stupidity. Nowadays, Koontz’s characters are much more complex, and objectification handled intelligently. But in revisiting Koontz’s early works, it still stood up to giving me the hee-bee-gee-bees.
‘Chase’ was published under another name (K.R. Dwyer) when it was initially released.
Ben Chase is a medically discharged soldier tackling PTSD who happened across, and intervened in a murder at a local make-out/lookout point. Consequently, the killer gets away, and his attentions are turned onto Chase himself. The murderer, calling himself ‘The Judge’ chooses his victims who he deems worthy of being judged and executed… now ‘The Judge’ has found Chase worthy of death from his past discretions.
There is play on whether Chase is imagining much of this predicament due to his mental condition, but I think it wasn’t utilized enough in the story line and could have been executed better.
Introduction of Glenda, a love interest for Chase, humanized our protagonist and made the book immensely more enjoyable. I was beginning to dislike Chase somewhat and found him difficult to relate to (though I am not the demographic for this novel) and wish she’d been introduced earlier to soften the rough edges, bringing some emotion in earlier to the plot line.
Maybe because I’ve read widely in this genre for the past 30 years, and a considerable number of Koontz’s later books, the plot was very predictable. It also failed to give me that shiver that I get from many of his titles. But for its lack in scare tactics, it makes up for in pacing - things amped up after the half way mark and I really started to enjoy ‘Chase.’
I can see precursors of elements that appear in his later novels, many of which are favorites (and have been turned into films) and how much Koontz has grown as a storyteller.
I’d only recommend this for hard core Dean Koontz fans – the story is a little dated and generic. There are far more enjoyable titles in his current catalog. But I have to admit I reveled in the nostalgia, it reminded me of the television and movies of the early 80’s

Spoilers:
A couple of points that I found distasteful, was the message that homosexuals are evil and pedophiles – a trend of the time before realizing its discriminatory nature. And I’m not sure about the justified homicide angle, it was dark and trite. But that’s just me and my opinion…
Read more
Helpful
Report abuse
See all reviews

Honey
3.0 out of 5 stars Its okay
Reviewed in the United Kingdom on 12 November 2017
Verified Purchase
Chase By Dean Koontz,
Starts of pretty good, but felt the story became quite predictable,
The main character is great, but the villain is not that great.
am going to give this book 3 stars
Read more
Report abuse

JohntheGees
3.0 out of 5 stars Early work,..........
Reviewed in the United Kingdom on 1 March 2018
Verified Purchase
Early work from Dean Koontz, I was expecting something better, but as this was written before mobile phones( the saviour had to drive a victim/witness to the nearest police station) and didn't carry a gun it was a good short novel.
Read more
2 people found this helpful
Report abuse

Mrs. Rae Lowden
5.0 out of 5 stars Ordered 3 and enjoyed them so much ordered another 3
Reviewed in the United Kingdom on 5 September 2020
Verified Purchase
Every Dean Koontz book is an adventure and read all 3 that I bought in record time as they hold attention.
Read more
Report abuse

Amazon Customer
5.0 out of 5 stars Chase
Reviewed in the United Kingdom on 4 January 2017
Verified Purchase
I loved this book, the characters were totally believable and couldn't be more different types, the story was great and kept me riveted. A really good book worth reading
Read more
One person found this helpful
Report abuse

jack scoltock
4.0 out of 5 stars Good read
Reviewed in the United Kingdom on 14 June 2017
Verified Purchase
It was good, but obviously not up to deans later work.
I had read it years ago when it was first published.
Dean is my favorite writer and always has been.
Jack
Read more
3 people found this helpful
Report abuse
See all reviews
Back to top
Get to Know Us
Make Money with Us
Let Us Help You
And don't forget:
© 1996-2021, Amazon.com, Inc. or its affiliates