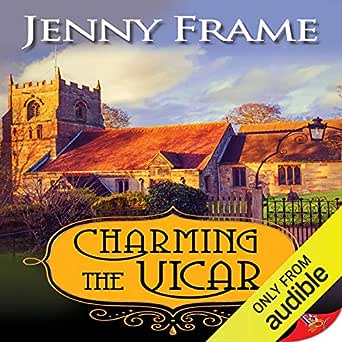 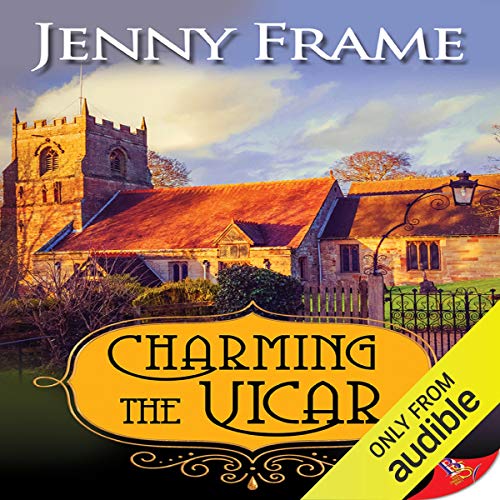 Em Lewis
5.0 out of 5 stars Another great Axedale story
Reviewed in Australia on 16 July 2018
This is a charming story of accepting all parts of yourself and accepting love. Jenny always writes a really good butch/femme dynamic. I am waiting on Sam for her turn at love.
Read more
Helpful
Comment Report abuse
See all reviews from Australia

loopy Lou
5.0 out of 5 stars This time it's Bridget's story
Reviewed in the United Kingdom on 1 February 2018
Verified Purchase
I loved Bridge in Courting the Countess and We got to know her a bit in that story. Bridge is not like your everyday Vicar and had a bit of the dark side to her character which she hid behind her dog coller ( no pun intended) and then The great Magician Finn Kane came into her life trying to hide from her grief in the village of Axedale. Bridge at first just wanted to welcome her and help Finn but ended up falling in love but nothing is ever simple and because of her commitment to the church Bridget had to fight for her right to be in a gay relationship and serve her community as thier Vicar. Again a great story from Jenny Frame. I'm hoping that maybe the next
story will be Quade finding love hint hint

Kindle Customer
5.0 out of 5 stars Charming and stunning
Reviewed in the United Kingdom on 18 March 2018
Verified Purchase
A great story by an author I have only just discovered. Life in rural England May not be exactly like this in real life but oh it would make it interesting. An unlikely combination of a vicar and a famous magician and atheist to boot makes for a wonderful story. Can't wait to read more
Read more
Helpful
Sending feedback...
Thank you for your feedback.
Sorry, we failed to record your vote. Please try again
Report abuse

Freya11
5.0 out of 5 stars Bloody Brilliant.
Reviewed in the United Kingdom on 17 January 2018
Verified Purchase
Absolutely incredible. Jenny Frama knows how write a fantastic book. I almost didn’t buy it when I read that it was about a vicar, but I am so happy that I did. I can’t wait for her next book.
Read more
Helpful
Sending feedback...
Thank you for your feedback.
Sorry, we failed to record your vote. Please try again
Report abuse

AL
5.0 out of 5 stars Absolutely Wonderful
Reviewed in the United Kingdom on 15 February 2018
Verified Purchase
This is the second book I am reading of Jenny Frame and I have become a huge Fan. The story so lovely with a nice twist, beautifully described characters and really I am looking forward to read more of her books.
Read more
Helpful
Sending feedback...
Thank you for your feedback.
Sorry, we failed to record your vote. Please try again
Report abuse

Amazon Customer
1.0 out of 5 stars Awful read due to lots of spelling errors
Reviewed in the United Kingdom on 13 February 2018
Verified Purchase
Plot predictable but ok to read if you have no other options.book was difficult to read due to numerous spelling errors ans misuse of character names, this made reading very confusing. Didnt finish book which is unfortunate as liked her first book of this series.
Read more
Helpful
Sending feedback...
Thank you for your feedback.
Sorry, we failed to record your vote. Please try again
Report abuse
Load more international reviews

Kindle Customer
5.0 out of 5 stars Love without bounds
Reviewed in the United Kingdom on 1 July 2018
Verified Purchase
Fab read,not too mushy or unbelievable.
Characters were solid and well rounded.
Scenarios were all totally intimate and yet discreet.

Simdriver
5.0 out of 5 stars Woo what a story
Reviewed in the United Kingdom on 20 April 2018
Verified Purchase
It starts of a charming story, and it steamer by the page. I have never known a vicar like it.
Read more
Helpful
Sending feedback...
Thank you for your feedback.
Sorry, we failed to record your vote. Please try again
Report abuse

Sarah Adeyemi-Adeoye
4.0 out of 5 stars I just love Jenny Frame
Reviewed in the United Kingdom on 29 May 2018
Verified Purchase
I love that she sticks to butch/femme storylines. I liked courting the countess better, though i can’t seem to say why, cause this book was really amazing!
Hope to see Quade’s love story soon
👍🏽 J.F

Heather
3.0 out of 5 stars a little... odd. a bit predictably preachy, a bit jarring.
Reviewed in the United States on 13 April 2018
Verified Purchase
I've really loved all of Frame's stories that I read before, and especially eager to check back in on Harry and Annie, so I gave this a chance despite being able to easily predict how Finn's "atheism" would be handled- aka never actually was one and gets easily refolded back into the church by "mysterious forces" and inexplicably moving objects and so many other "signs" that you're constantly being removed from the story to roll your eyes. It's not unexpected, this is (annoyingly) typically how the faithless are portrayed (when authors arent actively burning them at the stake), and I was at least trying to roll with it, it is a story after all, and sweet in intent, I presume. But honestly, the part that was harder to get used to was Bridge constantly calling Finn, "boy." Maybe this has different societal connotations but being from America, I just can't hear "boy" as a term of endearment, especially in a "mistress aka master" situation. it just sounds old and racist and hateful and demeaning, and that's on top of the fact that it feels dismissive of Finn's gender. (which I know doesn't bother some) but it was just really jarring to read and I could never hear it in my head said with any of the love I think the author was intending it to be said with. So if any of those things bother you, might skip thos one.
I did luke the general premise of the story though. It maybe could have used a sensitivity reader is all. I hope Quade gets a story soon, too, hopefully one a little easier on the psyche.

Amazon Customer
5.0 out of 5 stars Charming!
Reviewed in the United States on 17 January 2018
Verified Purchase
What a delicious love story! I had all kinds of good intentions for getting things done today, but when I opened this book (just to preview a chapter) I couldn't put it down and read it straight through the day. It's about a lot of things, but mostly it's about believing in the power of love. Well worth reading. I hope there's a follow-up story soon.
Read more
2 people found this helpful
Helpful
Sending feedback...
Thank you for your feedback.
Sorry, we failed to record your vote. Please try again
Report abuse

The old one!
5.0 out of 5 stars Absolutely Charming!
Reviewed in the United States on 12 January 2019
Verified Purchase
I want to live in Axedale and know all the characters! I love Finn and Bridge. Their story was different and intriguing and kept my attention. Really enjoyed seeing their relationship develop. Totally recommend this for a quick and lovely read. However, I do need to find out if Quade ever finds her one true love. Thanks to the author for sharing her words.
Read more
Helpful
Sending feedback...
Thank you for your feedback.
Sorry, we failed to record your vote. Please try again
Report abuse