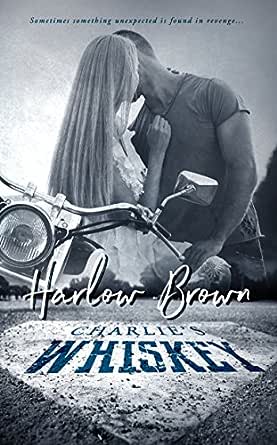 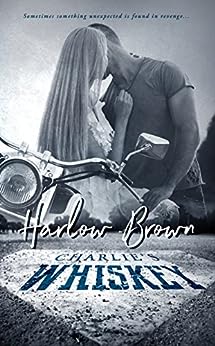 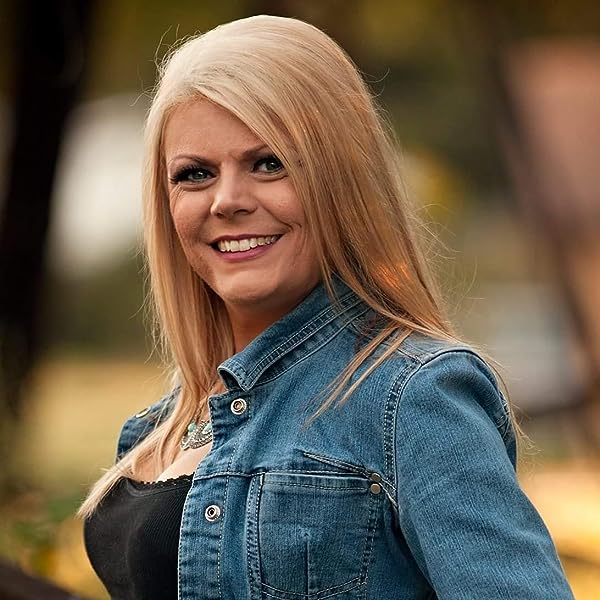 I'm a mother of two, a wife to my high school sweetheart, and avid Atlanta Braves fan. I live in rural Arkansas and love the outdoors. By trade, I am a nurse and a cosmetologist. When I'm not on a ball field coaching my daughter's softball team, on a football field watching my son, or at a basketball court somewhere I enjoy reading and writing. Music strongly influences my characters. There is a wide variety of genres of music on my iPod. I can hear a song and get a hundred different ideas for a story line and it literally takes off from there. To follow me and keep up with exclusive news, teasers, and reveals join me in my reader group, Harlow's Chosen One's, on Facebook www.facebook.com/harlowbrownauthor and tell me you want to join my chosen ones. I'd love to see you there! --This text refers to the paperback edition.

3.9 out of 5 stars
3.9 out of 5
27 global ratings
How are ratings calculated?
To calculate the overall star rating and percentage breakdown by star, we don’t use a simple average. Instead, our system considers things like how recent a review is and if the reviewer bought the item on Amazon. It also analyses reviews to verify trustworthiness.

Tina Louise
TOP 1000 REVIEWER
3.0 out of 5 stars Likable characters
Reviewed in Australia on 10 May 2018
I love biker books. The grit, violence and foul language make for an interesting escape from my regular everyday life. Charlie's Whiskey held promise, but it fell short in the areas that count for me.

This novel is slow to start. I did connect with the characters, but only after about a third of the way in. I would have liked a bit more of Charlie prior to leaving her first relationship, that would have made the story gritty and drawn me into the plight of the character more.

Whiskey and Charlie were likeable, and I enjoyed their banter. However, although the story had potential it was quite predictable and the action was somewhat repetitive.

This was my first book by this author, and I would like to read more of her work to see her style develop.
Read more
Helpful
Report abuse

Samantha Cenan
5.0 out of 5 stars Amazingly refreshing...loved this book
Reviewed in Australia on 12 January 2017
Charlie Whiskey
WOW..what can i say? I mean this was the author Harlow Brown first book and I didn’t know what to expect.
But...from the first page I was thrown right in.
I don’t want to give any spoilers so i will try hard not too.
Loved the storyline of the book, it was sad at the beginning to see what she went through but then you are cheering her on when she has her mind set on what she is going to do about it. She plans and she seethes but still has flashbacks that can screw with her head. Charlie doesn’t take s#!@ from anyone and will bring a man to his knees screaming (literally) if you make one wrong move against her. And in the midst of all the pain and struggle and anger Charlie meets Whiskey.
Whiskey is part of an MC who is trying to start over and he meets Charlie the first night he is back in his home town. Right from the beginning you feel their connection and swoon (until he does something to annoy her off haha). He helps her along the way while she tries to find herself again. He is sweet with her and then he can be a total badass in a second flat if Charlie was in trouble.
The writing was well done for a first time author. I did struggle sometimes with the dialogue between characters (it sometimes felt to stotic). But overall I loved this book and will be reading her books again in the future that’s for sure (I need to know Fury and Magnum stories too lol)
If you are looking for a kick ass, take no names while she takes back her life chick and a sexy, damn hot biker who is badass and sweet all in one wrapped up package with a red bow (did i mention long black hair too..swoon) than this is a book you would enjoy.
I cannot wait to read the rest of the books in this series. Well done to you Harlow. Now bring me more please 😉
Read more
Helpful
Report abuse
See all reviews

Kindle Customer
2.0 out of 5 stars Sorry
Reviewed in Canada on 1 July 2019
Verified Purchase
I found this book had potential but was extremely repetative. The h personality seemed to jump around not being very consistant. She mentioned several times her fear of bikers but we never saw or heard from said bikers. And why did the author have her kicking men in the privates so much?
Read more
Report abuse

Chris G.
5.0 out of 5 stars Whiskey is better than alcohol
Reviewed in the United States on 17 March 2017
Verified Purchase
Escape~~~a six letter word meaning "get away" or "get out". It doesn't matter how she gets out, just as long as she does.

Her only friend in this particular terrifying moment, is her gun. Now, he knows she means business. She's tired of being the scared, frail girl he's turned her into.

Now, it's time to take her life back and make Hensley sorry for all the pain he's inflicted on her.

Charlie's a fighter, she knows what she deserves and what she's willing to do to get it. She's taking her own life back and she's starting with the break she so desperately needs from the one man who has made her life hell.

With those around her who love her and vow to protect her from the monsters outside, she makes her breakaway. She finds her footing and strength to push through every harsh word spoken, every punch landed and every bodily attack made.

"Let me be your safe place." Straight from Whiskey's mouth to God's ears. He's a force that awakens Charlie to what love and passion and fire really means. He helps her find her joy again, he loves with a power that she succumbs to, and it's the power Charlie feels safe in.

Charlie is feisty, quick witted and smart. She adds fuel to Whiskey's bourbon colored eyes and flames to his heart. She's the soft to his hard and the one thing he's willing to fight for, even it means throwing himself in front of the gun.

Charlie's Whiskey lives up to its titled expectations. He's better than any alcohol she could drink so the pain eases away.
Harlow Brown writes with such power and agression, digging deep to tell a story of a woman who had the harshest of hands dealt to her, but came out stronger on the other side. In a situation like this, one is never alone, there is always help, there is always a safe place.
Read more
One person found this helpful
Report abuse

Kindle Customer
1.0 out of 5 stars I tried
Reviewed in the United States on 22 January 2019
Verified Purchase
I have gone back to this book three times to try and read it through but I can't do it. I'm not sure how it got as many 5 star reviews as it has. I like the overall concept of the story. Bruised and broken girl find tough man to heal her. What's not to like? It's the dialogue between the characters that makes me dislike it so much. Whiskey does not live up to his name he may be described as a bad biker man but he is anything but. He talks like a girl would. If this story was about a lesbian couple it would make more sense.
To make it worse Charlie goes into detail about wanting to give her rapist/baby killing/ abusive ex blue balls while torchering him did it for me. I couldn't go any further.
Great concept but not a great story
Read more
Report abuse

KTGray
4.0 out of 5 stars Charlie’s dadisms were great!
Reviewed in the United States on 6 March 2017
Verified Purchase
As a debut author Harlow has done extremely well. There was intsa love/lust that in my opinion was a little too quick as seeing how Charlie was getting out of an abusive relationship and dealing with a stalker of an ex in Hensley. Charlie was a bit of a contradiction in her actions to several situations; the abuse victim and strong tough woman, the flip-flop between the two detracted from the overall story. Whiskey, as a member of the Chosen Legions, and moonshine runner, was hiding some pretty dark secrets himself while jumping head first into a relationship with Charlie. I would have liked more of an in depth look at Whiskey’s secrets and back-story. Charlie’s dadisms were great! They summed up the highlights of the book. And the different ways she had planned to torture Hensley as payback was great. Overall the dark secrets that come to light about Charlie’s parents, abuse, and betrayal by a friend were handled very well. The tie in to a softball team, the Regulators, made this MC story unique. As secondary characters Jazz and Briar were good – looking forward to seeing more of them as this series develops.
Read more
Report abuse

Tara
5.0 out of 5 stars Great Debut!!
Reviewed in the United States on 13 January 2017
Verified Purchase
Debut author Harlow Brown did a smash up job with this book and I am looking forward to reading more from her in the future.

When you start this book, make sure you give yourself time because you will NOT want to put it down. I read it in one sitting, it's a real page turner and WOW, FANTASTIC!

Charlie is a strong main character and she has been through the ringer lately but she's the one that will NOT quit. I love a book that I can relate and feel what the characters are feeling. I laughed and cried with her.

Please give Harlow, Charlie and this wonderful story a chance, you won't be disappointed.
Read more
2 people found this helpful
Report abuse
See all reviews
Back to top
Get to Know Us
Make Money with Us
Let Us Help You
And don't forget:
© 1996-2021, Amazon.com, Inc. or its affiliates