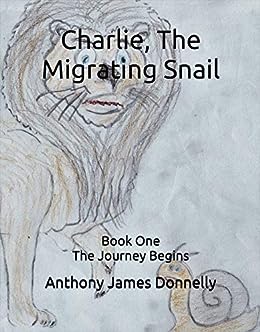 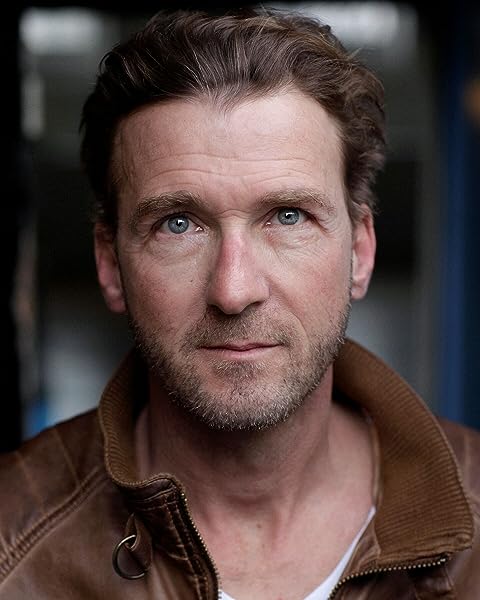 by Anthony James Donnelly (Author) Format: Kindle Edition
See all formats and editions
Sorry, there was a problem loading this page. Try again.
For a sample of Chapter One, please go to: https://charliethesnail.wordpress.com/

A simple, yet magical story of a young, curious snail named Charlie, who is picked on and bullied for being so small and asking questions. He decides to leave the safety of Snail Garden, and travels to far-off lands, meeting an array of creatures and people who further fuel his thirst for answers. A parable-like tale suitable for classroom and home use, Charlie's adventures will delight both children and adults alike. Accompanied by lovely artwork by two young readers, Aimee and Grace.

First written over 30 years ago when I was only 16, I thought this manuscript was lost for all time. Thanks to an old family friend, that still had a copy from all that time ago, I am now able to use the power of self-publishing to bring this work to the world.
Read more
Previous page
Next page

"Dreams don't quit on people, people quit on their dreams!"

Anthony James Donnelly was born in Kent in 1970, the youngest of six children. He was a keen reader as a child, and as a result of this love of words, writing his own stories was a logical evolution. At a young age, he also developed a love of theatre and acting. Due to unexpectedly disappointing A-level results, his dream of going to university to further study English and Drama were thwarted. Instead he pursued a less creative line of study in Marketing and foreign languages, which allowed him to study, live and work in Germany, and attend university in Florence, Italy. These imersive experiences abroad deepened his appreciation for the diversity of other cultures. Although his life was firmly planted in a new direction, he still held onto his childhood dream of one day becoming a professional actor and writer.

His early business successes fostered another love: personal development. As a young, senior manager in his early 20s, he realized that by investing in his staff's individual development, their happiness levels and their productivity increased. He became a strong leader that invested heavily in his team. Unfortunately his ambition and motivation for personal and business success led him close to a nervous breakdown from exhaustion and overwork. He was only 27.

This was an eye-opening experience for the young executive. Having nearly died investing all his talents and energy into building someone else's dream, he took a sabatical to regroup and rethink his life. During this short recess, he worked with a local charity, firmly believing that giving back to the society we live in is a cornerstone of any successful life. He decided to put his efforts and energies into his own dreams, and began a new career path as a freelance writer and actor.

In the late 90s, he wrote a tailored computer user guide for Quaker Oats Europe called Know Your Oats, ghost wrote a book for personal development coach, Tony Wilson, and became deputy editor of the literary magazine, Writers' Forum. He also appeared in a few television and film projects as an actor, and fervently worked on his own writing projects.

One such project, When The Trees Held Their Breath, a short story about the potential plight of our natural environment, caught the interest of a small, American imprint, and an offer of publication was extended. While this book was being prepared for publication and he was living in the US, he devised and wrote the planned sequel, When The Rainbow Smiled. Due to limited exposure and sales of 'Trees', the follow-up work, 'Rainbows', was never scheduled for publication. Unpeturbed, he collaborated with an old school friend, Richard Eyre, who worked on a teaching guide to accompany 'Rainbows' and almost had it accepted into a number of London schools. Sadly, this too didn't succeed.

Since the unexpected and tragic death of Richard late in 2015, Anthony was reunited with his text and artwork, and decided to resurrect his story in honour of his late friend. In further recognition of Richard's hard work, Anthony plans to take his book and his message about peace, love, and understanding into primary schools around the country this year.

Lisa mooney
5.0 out of 5 stars Charlie can't wait for next adventure
Reviewed in the United Kingdom on 7 March 2019
Verified Purchase
Love this ; beautiful story about the adventures of a curious little snail. Highly recommend this book for classroom reading or bedtime .
Read more
One person found this helpful
Report abuse

louise
5.0 out of 5 stars Fantastic Story!
Reviewed in the United Kingdom on 21 February 2020
Verified Purchase
My Daughter would put this book down until she had read it from cover to cover...she absolutely loved it!!!
Read more
One person found this helpful
Report abuse
See all reviews
Back to top
Get to Know Us
Make Money with Us
Let Us Help You
And don't forget:
© 1996-2021, Amazon.com, Inc. or its affiliates