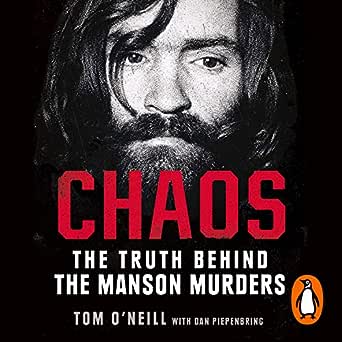 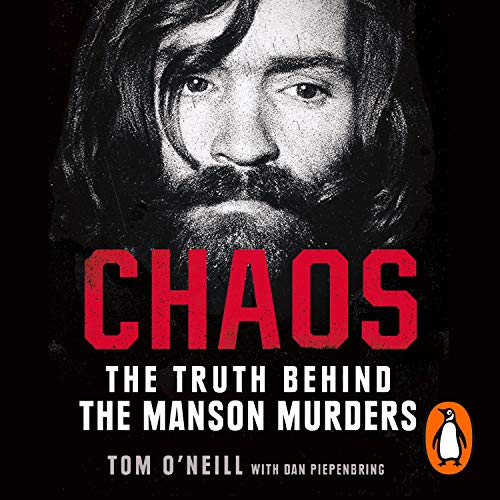 Chaos: Charles Manson, the CIA and the Secret History of the Sixties

4.7 out of 5 stars
4.7 out of 5
2,781 global ratings
How are ratings calculated?
To calculate the overall star rating and percentage breakdown by star, we don’t use a simple average. Instead, our system considers things like how recent a review is and if the reviewer bought the item on Amazon. It also analyses reviews to verify trustworthiness.

Jeff Suwak
5.0 out of 5 stars Fantastic
Reviewed in the United States on 8 July 2019
Verified Purchase
I've been fairly obsessed with the Manson case for years, particularly its implications regarding the covert operations being carried out at that time. I thought I knew about as much as anyone out there...and then I read this book. This work is about so, so much more than the Manson Family. The author apparently sacrificed a lot to conduct decades of research, but I hope he knows that from my perspective anyway it was infinitely worth it.

This book goes as long as any book I can thin of in shedding light on the secret influences of that most revolutionary of decades called the 60s. I dislike using words like "important" when talking about books. It sounds pompous to me. But, there's no way around it. I think this book is important reading for people to understand this nation's history, particularly the history of its intelligence agencies and how they acted (act?) from the shadows to shape the nation. This isn't a partisan issue. It's a real shame that the subject has been turned into a "pro-Trump" or "anti-Trump" talking point. This stuff crosses the aisle. Though, I guess I should add I actually sometimes find myself sympathetic to things like COINTELPRO and CHAOS...because whether or not they were "good" or "evil" really depends entirely on whether or not there actually was a concerted Soviet campaign to undermine U.S. culture from within.

If that effort really existed, then COINTELPRO and CHAOS, ugly as they were, might have helped save the nation. If there was actually no Soviet/revolutionary influence and the hippies were just hippies, then those programs are irredeemably evil. As with anything, the answer likely lies in the middle.

But, surely I am rambling...I thought this book was absolutely fantastic. I'm going to move on to Days of Rage now and then read this one again. It's very rare I read a book twice cover to cover. That's about as high praise as I can think of.

supergran
3.0 out of 5 stars Bought as a gift.
Reviewed in the United Kingdom on 10 November 2020
Verified Purchase
Bought as a gift for someone else because they asked for it. Not my kind of book but they enjoyed it.
Read more
Report abuse

Carolyn
2.0 out of 5 stars A long, tedious read for me.
Reviewed in Canada on 12 August 2019
Verified Purchase
(I am shelving this book as unfinished and unrated for now. As I have eye surgery scheduled for this week and next I need to switch to something shorter and less demanding in time and details. It is almost 600 pages of small print.)

Well, I went back to the book and found it tedious, and was feeling I had spent the entire 20 years of the author’s painstaking research and interviews tagging along behind him or listening in. I feel 20 years older than when I started the book. If there is anything about too much information, this seemed to be a prime example. Trashing the reputation of the victims was revealing but unfortunate.

I remember the murders and trial and read the book Helter Skelter by Vincent Bugliosi when it was first published, and so was anxious to continue. Those familiar with the horrific murders have already learned that the Polanski mansion where the Manson murders took place was previously the residence of Terry Melcher, record producer and son of Doris Day. Melcher knew Charles Manson.

It is evident that O'Neill rejects Bugliosi's conclusion about the motive, and feels this was not a random act by an unknown gang of hippies. He cites legal misconduct, poor police investigation, mind control experiments and cover-ups. What were the connections between the uneducated, illiterate Manson and some of the rich and famous celebrities and hardened criminals who frequented the Polanski home? How was Charles Manson able to exert such control over former peaceful hippies? He suggests some tenuous connection between the CIA drug-induced mind control experiments and the power Manson exerted over his followers.

As the author claims, there are some details written about the case which were wrong, but I don't feel I learned much new which was relevant.

peter braithwaite
5.0 out of 5 stars Manson Murders - a lot we never heard about
Reviewed in Canada on 18 July 2020
Verified Purchase
I lived through the Manson Murders time period & am about the same age of many of the Family. I remember reading about the incidents at the time; mostly we heard the Helter Skelter theory, but there is so much more. The author details a lot of incidents & relationships we never heard about at the time. A bit of an eyeopener. And gets one thinking.
Read more
6 people found this helpful
Report abuse

Deniss Velikodnijs
2.0 out of 5 stars Collection of gossip and rumors
Reviewed in Canada on 23 July 2020
Verified Purchase
I was really looking forward to this. But was I ever disappointed. Just a collection of rumors and gossip and nothing else. He is trying to make it pump up as some sort of Revelation about the Hollywood and government conspiracy. Yes there was and still is a lot of drugs in Hollywood, I could have told him that. And yes all those drug dealers and users are connected. And of course government is investigating it all. Slow clap!
When at some point he was quoting a hair dresser who cut some c list celebrities hair as his source I should have given up.
Read more
4 people found this helpful
Report abuse
See all reviews
Get FREE delivery with Amazon Prime
Prime members enjoy FREE Delivery and exclusive access to movies, TV shows, music, Kindle e-books, Twitch Prime, and more.
> Get Started
Back to top
Get to Know Us
Make Money with Us
Let Us Help You
And don't forget:
© 1996-2020, Amazon.com, Inc. or its affiliates