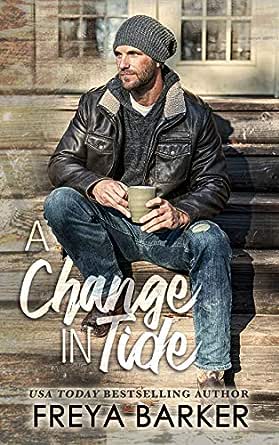 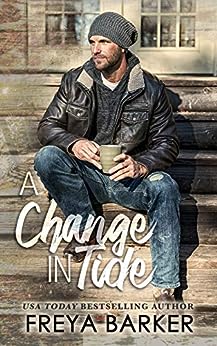 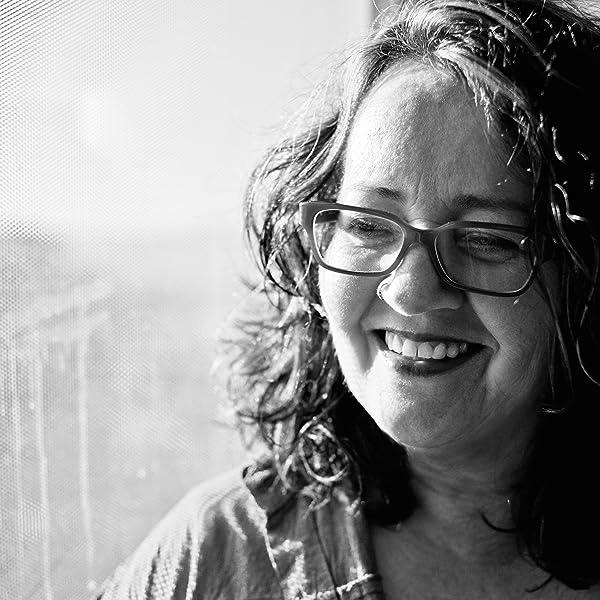 A Change In Tide is a beautiful love story touching on real life problems and honest emotions. Barker has a wonderful way with words that keeps us wanting more. This book is definitely at the top of my list of favorite reads for 2017!

A Change in Tide will make you hurt, make your heart race in empathy, and then put you back together again!

Such a truly beautiful story! The writing is gorgeous, the scenery is beautiful... You should definitely pick up this one! Superb, unique, and sexy.

Freya Barker has woven a delicate balance of honest emotions and well-formed characters into a tale that is as unique as it is gripping. You root for love as much as you root for the story to never end. I think this is her very best work to date, and it's a story not to be missed.

4.7 out of 5 stars
4.7 out of 5
97 global ratings
How are ratings calculated?
To calculate the overall star rating and percentage breakdown by star, we don’t use a simple average. Instead, our system considers things like how recent a review is and if the reviewer bought the item on Amazon. It also analyses reviews to verify trustworthiness.

bluebird
TOP 100 REVIEWER
4.0 out of 5 stars Coming to the shore 🏒 🥅 👶🏻 4.5*
Reviewed in Australia on 7 May 2017
Verified Purchase
Mia has become an agrophobic recluse losing her career, life & husband to a certain event. Jared career has been sidelined due to injury & becomes her neighbour across the lake. Her first impressions of him aren't favourable due to his manwhoring ways. However due to an event, involving his sister & her former occupation, they connect.

This was a very heartwarming journey you travel on with these two. The characters are around their 40's & have a maturity & life skills about them. I found it quite touching & a times an emotional read.

Sue
5.0 out of 5 stars Family, friends and love
Reviewed in Australia on 10 May 2017
Verified Purchase
Freya's books are so real! They are about real people, real every day life problems and how people deal with them. I love that the characters are a little older than 20 something. This book takes place in a gorgeous setting, makes me want to move there. It has all the things that make up a fantastic story, family, bonds, scruffy dog, love, sexy hotness, terrific character development and a great epilogue. Definitely worth putting this on your bookshelf!
Read more
Helpful
Comment Report abuse

Andi
TOP 500 REVIEWER
5.0 out of 5 stars Loved it
Reviewed in Australia on 28 November 2019
Beautiful story and kick-ass imperfect characters make this one a great read! If you like sports romances then this one's for you.
Read more
Helpful
Comment Report abuse
See all reviews

Debs
5.0 out of 5 stars A must buy!
Reviewed in the United Kingdom on 3 May 2017
Verified Purchase
Jared and Mia's story sees a change in pace and writing style from Ms Barker.
I loved it just as much as all her previous books but in a different way.
As when she started her Porland ME series, they were different than the Cedar Tree series.
Each series has a different feel to them which is kinda hard to put into words as a reader.
A Change of Tide is the first in her new series based in Canada, the country where she lives.
The pace is gentle, the characters are written with a depth that she manages to capture no matter what the style of book, there are no great suspenseful moments, there is no great agnst but there REALLY doesn't need to be!
Jared and Mia are wonderfully deep characters without any of that.
Both have had their lives changed by an event in their pasts.
Both have dealt with the effects of these events differently.
Read more
2 people found this helpful
Report abuse

Tracy ~ Book Loving Pixies
5.0 out of 5 stars Leaves a lasting impression!
Reviewed in the United Kingdom on 5 May 2017
Verified Purchase
D'you ever watch a film and have it leave an impression on you for a while afterwards or read a book that you revisit in your head for days after you've finished reading.... THAT'S what Freya Barker's books do to me every time; they leave me with lasting impressions and a whole helluva lot of feels!!

A Change in Tide is the first story in a new and, what promises to be an interesting series from Ms B.
In this book we meet Mia and Jared. Jared is a recently retired ice hockey player who has moved to the lake to escape the glare and intrusion of the media and get used to living a different kind of life to that he's been used to. He was a bit of a player but has realised that this is no longer how he wants to live his life, partly because he's getting older but also due to changes in his family circumstances. I really liked the guy! He was unapologetic for the life he had led and was genuinely interested in changing his ways.

Mia was a real contradiction once we got to know her... A quiet woman, she has sequestered herself away in her cottage, with nigh on no contact with the outside world - with the exception of her friend and the therapist she attends. Terrible nerves, panic attacks and the fear of being outside (apart from walks with her dog, working on her small garden and her valued time on the lake) has led to Mia cutting herself off and that's just they way she likes it... or so she has led herself to believe.
When faced with Jared and an unusual situation when out on the lake one day she finds that maybe the life she's been leading isn't entirely what she needs any longer. Over a short period of time her life takes some unexpected turns that throw more than a few bumps in her up until now quiet life and reading about how she copes and deals with these events made for exceptional reading!

Mia's fear and anxiety was palpable and her emotional roller-coaster ride with life, and Jared, played out with such depth. Freya's writing conveys feelings and emotions to such an extent that, for me anyway, it's like watching a movie reel in my head that's showing the whole story in full technicolour.

I hate spoilers and you get the gist of the book from the blurb so I'm not gonna say much more about the storyline.

What I am gonna say is that Freya Barker has an immense talent that is terribly underrated.
She is now one of my top 3 favourite authors and an auto 1-C buy (I don't even need to read the blurb!). I adore the fact that her characters are generally a little older, have emotional (and sometimes mental) baggage, they have lived a life that hasn't always been easy and through their books they face new & difficult challenges and issues that could understandably send them running in the opposite direction but their strength of character and determination sees them face their fears, whether that's their first choice or not, and makes them all the more endearing to us!

Packed with great relatable characters, main and supporting, drama, humour, heat and so so many feels, if you haven't yet picked up a Freya Barker book you are seriously missing out! A Change in Tide would be a great place to start as it is a new series that you can dive into, but in my humble opinion, go back to the Cedar Tree series that was the start of her writing and begin there - I promise you won't regret it!

Lindsey
4.0 out of 5 stars Lovely read, would make a good film?
Reviewed in the United Kingdom on 19 January 2020
Verified Purchase
This is a standalone romance novel with a HEA for two couples. The main couple Jared and Mia are both slightly older than your normal H&h being late thirties and early forties respectively which is a refreshing change. They both have issues, especially Mia, to deal with. I loved Jared and Jordy, they could be my neighbours anytime! The reason I dropped it a star was that it lost pace at times in the second half. I did appreciate the sort of double epilogue though to finish it off, even though there were not any surprises there.
Read more
Report abuse

BevUK
4.0 out of 5 stars Sweet slow burn romance
Reviewed in the United Kingdom on 7 May 2017
Verified Purchase
I really like Freya Barker's writing style, it just works for me. I love the way she builds her characters (although I'm not too sure on how we meet Jared for the first time, don't think that was needed and certainly detracted from the story which I don't think was the author's intention). I usually have no issue at all with man-whores or other men/women situations, but this time it niggled at me.

That said, once I got over that bump right at the beginning of the book I ended up enjoying it. I chose to forget what Jared did and concentrated on how good he was with his girls. I love how patient he was with Mia, never forcing her to do anything she wasn't ready to do. Jared and Mia were great together, perfect for each other and the bonus? No ridiculous childish drama. That'll do for me :)
Read more
One person found this helpful
Report abuse

Sue D
4.0 out of 5 stars Quite a pleasant read!
Reviewed in the United Kingdom on 15 May 2017
Verified Purchase
This is the first book I've read by this author and it was pleasant enough I guess. Mia suffers with PTSD and lives as a virtual recluse in a small log cabin on the side of a lake. Her new neighbour Jared creates a stir with all the building upheaval in his new house, and even though it appears this good looking retired through injury Ice Hockey player is a player in all respects, he and Mia are attracted to each other and it transpires that they have a shared trauma in common.
I enjoyed the book although it didn't set me on fire, and it was a bit boring and predictable in places; however it was well written and worth a read.
Read more
One person found this helpful
Report abuse
See all reviews
Get FREE delivery with Amazon Prime
Prime members enjoy FREE Delivery and exclusive access to movies, TV shows, music, Kindle e-books, Twitch Prime, and more.
> Get Started
Back to top
Get to Know Us
Make Money with Us
Let Us Help You
And don't forget:
© 1996-2020, Amazon.com, Inc. or its affiliates