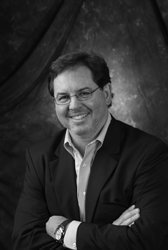 by Stephen Frey (Author)
4.3 out of 5 stars 81 ratings
See all formats and editions
Sorry, there was a problem loading this page. Try again.

PRAISE FOR STEPHEN FREY The Chairman
"A great read all the way. Wall Street's dark side is brilliantly portrayed by Stephen Frey. This is a high-stakes power play at its most ferocious level. Read it!"
-DONALD J. TRUMP Shadow Account
"Action-packed . . . Bookkeeping chicanery, insider trading, and other big-business conspiracies abound."
-The Wall Street Journal

"This is the sort of fiction that skates dangerously close to truth."
-Los Angeles Times

No one knows the dark side of "The Street" better than master storyteller Stephen Frey, author of such riveting novels as Shadow Account and The Day Trader. Now, in his most ambitious work to date, Frey proves that no writer can put a high-powered hero at greater risk, nor offer readers more thrilling rewards.
A towering legend among New York private equity partnerships, Everest Capital is aptly named. When its founder meets an untimely death, thirty-six-year-old superstar Christian Gillette gets the top job. But with the power and prestige come risks. The day he narrowly escapes a fiery explosion that consumes his limo and takes two innocent lives, Gillette instantly understands how intense those risks are.
It comes as no surprise to him that he has enemies in the world of multibillion--dollar deals. But now that he controls Everest, he's not going to let those enemies keep him from taking the firm-and himself-to even greater heights. Gillette has never hesitated to be aggressive, even ruthless, in his pursuit of success. This time will be no exception.
But in order to forge the alliances necessary to achieve his goals, Gillette forsakes a cardinal rule: Never trust anyone. The only certainties are the insidious campaign of corporate sabotage that could cost Gillette his job and the relentless assassination attempts that could cost him his life. To break a deadly conspiracy of greed, he'll be forced to walk-then run-an ever-blurring line between loyalty and betrayal, attack and retreat, survival and destruction . . . in the ultimate game of profit and loss.
With The Chairman, Stephen Frey presides with intensified skill over the market he has so dramaticallycornered-sharpening his patented brand of hard-boiled high-finance intrigue to its keenest cutting edge yet.

STEPHEN FREY is a managing director at a northern Virginia private equity firm. He previously worked in mergers and acquisitions at J. P. Morgan and as a vice president of corporate finance at an international bank in Manhattan. Frey is also the bestselling author of Shadow Account, Silent Partner, The Day Trader, Trust Fund, The Insider, The Legacy, The Inner Sanctum, The Vulture Fund, and The Takeover.

Read more
Start reading The Chairman: A Novel (Christian Gillette Book 1) on your Kindle in under a minute.

4.3 out of 5 stars
4.3 out of 5
81 global ratings
How are ratings calculated?
To calculate the overall star rating and percentage breakdown by star, we don’t use a simple average. Instead, our system considers things like how recent a review is and if the reviewer bought the item on Amazon. It also analyses reviews to verify trustworthiness.

Harsh Pande
3.0 out of 5 stars A Disappointing Financial Thriller
Reviewed in India on 13 November 2015
Verified Purchase
This is a "Financial Thriller". This book is about a private equity firm Everest Capital. The book begins with the death (murder?) of its Chairman Donovan. There are four partners left and they fight for becoming the new chairman. Gillette gets the job after Board of Directors meeting. Other three are jealous. They all conspire against each other. But Gillette is very shrewd. He catches (or conspires to catch?) one of the partners in a compromising position with a woman and fires him. Everest’s main competitor is Apex Capital. There are other players in the book – a Senator (Stockman), a congressman, a security company and its two founders. Stockman announces his candidacy for President of United States and he wants Everest Capital to endorse him and give him. Everest owns a media company. Stockman wants to control this media company. There are too many things going on all around. Everyone wants to screw everyone else. No one can be trusted. It is all about money and control. All women are shown as sexual objects. A new fund is being launched. The Senator Stockman plays the two private equity firms against each other. There is an oil exploration company that is exploring some oil fields in Alaska. They find a huge oil reserve, but the owner does not want anyone to know before IPO and kills the engineer who found the deposit. Anyway, there is too much action including some murders, shootings, bomb explosions etc. While it is a page turner and I had to know what happens in the end, but I did not care for the author's writing style, the characters, their dialogues etc. I thought I have found a new financial thriller writer and will read more of his books. But I don't think that I will.
Read more
Report abuse

Ken
4.0 out of 5 stars Good read.
Reviewed in Canada on 14 October 2017
Verified Purchase
An interesting read especially if you ever wonder how the politics of wall street is driven by power and money and certainly not the clients it claims to serve. Entertaining with unpredictable twists and turns.
Read more
Report abuse

Barbara
5.0 out of 5 stars Can't wait for the next book.
Reviewed in the United Kingdom on 14 July 2014
Verified Purchase
.
Read more
Report abuse

John K Friedman
1.0 out of 5 stars Don't waste your time.
Reviewed in the United States on 27 August 2016
Verified Purchase
This is drivel of the first order. Even the superlatives have adjectives tacked on them. I got about 10 pages in, gritted my teeth and read another 10 pages before realizing that life is too short to devote any time to this book. I've read some of this author's other work and it's been entertaining. He's no Rex Stout or Tana French. So perhaps this is a "contractual obligation" book, who knows? Just don't waste your time.
Read more
3 people found this helpful
Report abuse
See all reviews
Back to top
Get to Know Us
Make Money with Us
Let Us Help You
And don't forget:
© 1996-2021, Amazon.com, Inc. or its affiliates