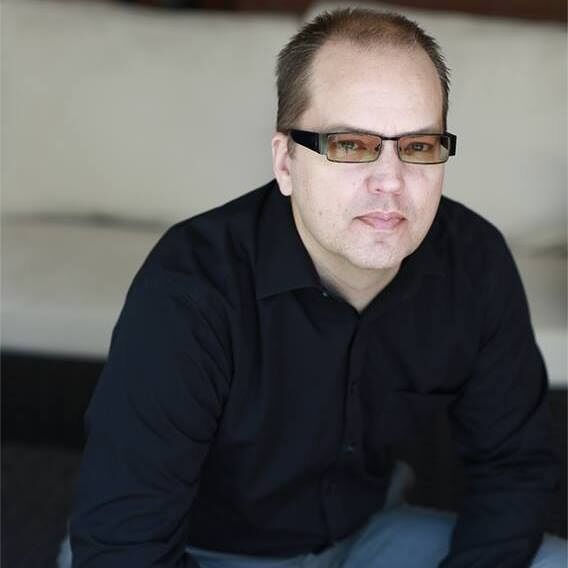 by David Bell (Author)
4.0 out of 5 stars 320 ratings
See all formats and editions
Sorry, there was a problem loading this page. Try again.

Page 1 of 1 Start overPage 1 of 1
Previous page
Next page
Start reading Cemetery Girl on your Kindle in under a minute.

4.0 out of 5 stars
4 out of 5
320 global ratings
How are ratings calculated?
To calculate the overall star rating and percentage breakdown by star, we don’t use a simple average. Instead, our system considers things like how recent a review is and if the reviewer bought the item on Amazon. It also analyses reviews to verify trustworthiness.

Shirley McKinnon
4.0 out of 5 stars Gripping and puzzling all at once
Reviewed in Australia on 23 December 2016
Verified Purchase
You get swept along and the story unfolds like peeling an onion. The emotional roller coaster of the characters keep you riveted to the story. Who would have thought?
Read more
Helpful
Report abuse
See all reviews

***Jesus Loves YOU!***
4.0 out of 5 stars Compelling reading...
Reviewed in the United Kingdom on 23 March 2014
Verified Purchase
Tom, Abbey and Caitlin's lives are changed over night when Caitlin, aged 12 is abducted and not seen for 4 years. Then suddenly she reappears out of nowhere not telling anyone where she has been or what she has been doing for all that time.

This is truly a very traumatic time for Tom and Abbey as they try to piece their lives back together with their daughter who is now 16 and no longer the child they 'lost' but one who is all but grown up and with a very different street-wise manner.

This book explores Stockholm syndrome where the victim resonates with the perpetrator and they don't believe they have done anything wrong even though they may have been beaten, starved, raped and abused whilst in their grip.

I loved the way Mr Bell told Tom's side of the story, telling it from a man's point of view (lol) but with all the emotion, rage, uncertainty and depth of feeling of how a Father would feel in this situation. I also felt that in contrast Abbey's character was lacking the warmth and emotional depth that a woman would have been feeling in this situation.

However I really felt for Tom and Abbey imagining what I would have done in the same situation, their emotional roller-coaster ride was harrowing to say the least. Tom's compulsive need to know the 'truth' of what happened causes him to behave in an irresponsible manner at times but you can sympathize with his torment.

I can only hope that with all the counselling, love and devotion of friends and family members and just tons of patience that victims can reach a measure of recovery in real life.

Thank you David for a compelling read, I look forward to reading your next book.
Read more
Report abuse

Josie54321
3.0 out of 5 stars 50/50
Reviewed in the United Kingdom on 22 May 2019
Verified Purchase
The protagonist, the father, I found a bit irritating in the way he viewed his daughter,especially at the start with her crossing the street at 6. The father assumed a 6 year old had purposefully been disobedient, when she was only a child. Even when she was 12 and went missing, there was this impression the girl might want it to happen. I finished the book, and it was alright but not fabulous.
Read more
Report abuse

M-Moo06
3.0 out of 5 stars Ups and downs...
Reviewed in the United Kingdom on 3 January 2013
Verified Purchase
I really enjoyed the first two thirds of this book - it reminded me very much of Harlan Coben, who is a favourite of mine. The characters are believable and their reactions and feelings to their situation seemed plausible and realistic.

However, something just didn't sit right with me for the rest of the book, and looking back on it now, there were some odd bits that don't seem to make sense now. For instance, Liann - why did she seem to play such an important part at the start and then completely fizzle out towards the end? And Caitlin being described as a 'secretive child' wasn't really backed up with anything other than the incident with the near-miss car accident, yet it seemed to play a big part in the way Tom felt when she returned to them 4 years later. Pastor Chris, I imagine, was supposed to be an irritating character who was intended to rile the reader with his patronising ways and overly-cheery demeanour, but again he was a character that seemed at one point integral to the story, but was simply phased out towards the end - were these characters intentional red herrings? And I think the conversations with Tom and his daughter's kidnapper were bizarre - would a father really so willingly speak to a paedophile/rapist/kidnapper who had snatched his daughter in such a calm and almost polite manner? I seem to think 'no'. That is where the book got a bit far-fetched and stringy for me, but I'm glad I kept reading, as it wasn't too bad overall. However, I got this for the bargain price of 99p - not worth spending £4.99 on.
Read more
3 people found this helpful
Report abuse

DebbieB
4.0 out of 5 stars Interesting book
Reviewed in the United Kingdom on 28 January 2013
Verified Purchase
I enjoyed this story which was told from the point of view of the father of a girl who has disappeared and is presumed dead. Caitlin has been missing for four years and her parents' relationship has suffered. Her mother is organizing a memorial service but her father cannot accept that he should move on. Perhaps he is right as strange events begin to suggest that something other than death may have overtaken Caitlin.
This was a good read and I have ordered David Bell's next book The Hiding Place which is due out soon.
Read more
One person found this helpful
Report abuse

Steve Duke
2.0 out of 5 stars Alleged Thriller Fizzles Out Half Way Through.
Reviewed in the United Kingdom on 19 February 2015
Verified Purchase
Cemetery Girl effectively ends half way through. I read on and on eagerly awaiting that final twist which is the heart of a good thriller. It never came. The girl herself is rather one dimensional. The reasons for her disappearance and for her failure to return home (at 12 years old!) are narratively and psychologically weak. David Bell's Penguin editor should have insisted on a better story than this.
Read more
Report abuse
See all reviews
Back to top
Get to Know Us
Make Money with Us
Let Us Help You
And don't forget:
© 1996-2021, Amazon.com, Inc. or its affiliates