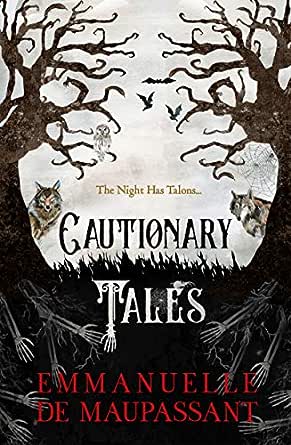 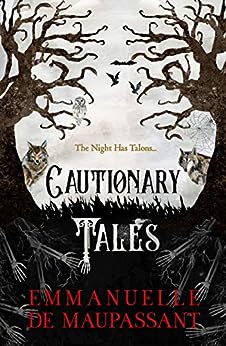 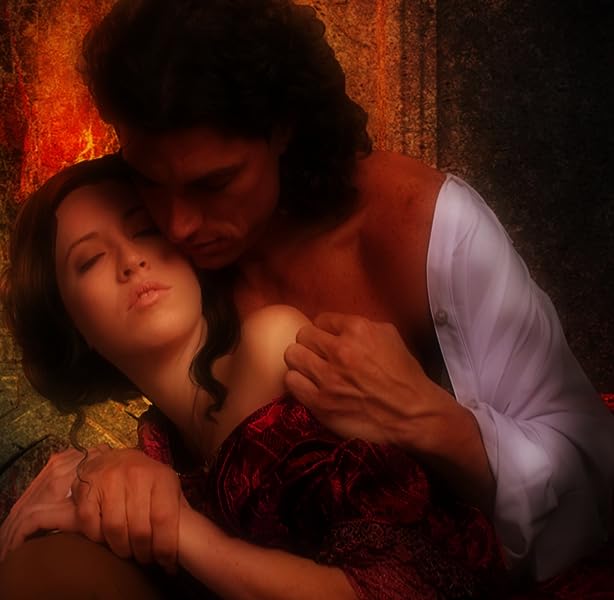 Peter Timbrell
5.0 out of 5 stars Tales of lust and greed, beautifully told
Reviewed in the United Kingdom on 4 March 2016
Verified Purchase
Emmanuelle de Maupassant is one of my favourite writers. I was first hooked within an hour of reading The Gentleman's Club and my appetite for her writing has since become unquenchable.

So onto her latest offering, Cautionary Tales: Voices from the Edges. The concept of using nature's voice offering commentary adds an interesting dimension to each of the stories which were inspired by the work of Homer, Chaucer, Boccaccio, Angela Carter and Fay Weldon.

Each tale is, as anyone who may have read Ms Maupassants work, beautifully crafted, evocatively constructed and sensually delivered. I didn't so much read it, I absorbed it. Her work is like the richest of tiramisu, it has to be savoured. It's a work that should be read in the middle of winter, seated close to a roaring fire, book in one hand and a glass of something in the other.

An evocative proposition would be to pass the book around a group of friends and each would read a tale to the group. The end result would be a guaranteed, lust-fuelled romp in front of the same hearth.

Emmanuelle paints such vivid images and her characters became so real I felt them. I love the fact that they were not all perfect in form, but she portrayed them with such clarity and compassion that I envied the deviants who had their wicked way with them.

I bought a copy of Cautionary Tales to sit alongside The Gentleman's Club. Two wonderfully crafted pieces of erotica from the pen of an author I hold in the highest regard.

Samantha MacLeod
5.0 out of 5 stars Fairy Tales for Adults...
Reviewed in the United States on 14 March 2017
Verified Purchase
When I was 12 or so, a copy of The Complete Fairy Tales of the Brothers Grimm found its way into my dad and step-mom’s house.This was not the Disney version.

In these fairy tales, the little mermaid was spurned by the prince and turned to seafoam. Cinderella’s wicked stepmother and sisters were given red-hot iron shoes, and forced to dance until they died. And, in at least one story, children were slaughtered and baked into a pie.

Needless to say, I loved the book.

And I’ve never found anything quite like those stories, with their dream-like settings, brutal, capricious justice, and graphic violence.

Until I picked up de Maupassant’s Cautionary Tales.

Narrated by the restless spirits of the dead, these are dark, serious fairy tales. Each story is a warning – against greed, deceit, and even caution – yet they all feel fresh and surprising.

I loved Cautionary Tales even more than the Brothers Grimm collection, because the good Brothers, whether through careful editing or just 19th century German sensibilities, totally ignored human sexuality. De Maupassant, however, embraces sexuality in all its forms, from human to demonic, from the dangerous seduction to the poignant pain of lost love.

Over the course of these short, stand-alone tales, de Maupassant weaves a beautiful world, drawing on Slavic traditions and incorporating her deep knowledge of the culture. These stories transport you to the kitchens, bathhouses, and terrifyingly deep, dark forests of folklore…and the real world seems that much more nuanced and interesting when you return.

Now if you’re excuse me, I’m off the search the forests for a certain flower. Or at least a well-endowed demon…
Read more
5 people found this helpful
Helpful
Sending feedback...
Thank you for your feedback.
Sorry, we failed to record your vote. Please try again
Report abuse

Terrance Aldon Shaw
5.0 out of 5 stars Timeless tales with a twist
Reviewed in the United States on 21 March 2016
Verified Purchase
This extraordinary collection of short tales is, at once, a celebration of the simple beauty of language, a colorful and sometimes terrifying glimpse into the grimly fatalistic heart of Slavic folk culture, and a highly satisfying work of sensually charged entertainment. These twelve stories range pleasingly in mood and atmosphere from the mysterious and macabre—reminiscent of Angela Carter’s treatments of traditional folk and fairy tales—to the broadly humorous, bawdy romps in the spirit of Boccacio, populated with loutish peasants, dirty old men, promiscuous milkmaids, and horny demons in varying degrees of malevolence, ghouls, ghosts, vampires, elemental sprites, and throngs of things that go bump in the magical night.

Yet, as the collection's title suggests, no story here is without an overt moral component, an appropriate comeuppance for bad behavior, just desserts for greed, lechery, and deceit, unfaithfulness, cruelty, murder—the whole catalog of sins, mortal and venial. The tales are narrated with the occasional poetic aside by the souls of the dead, collectively observing the realm of the living, commenting on human folly, sometimes with sadness, more often with a sort of wearily superior resignation as if to say ‘we see it all so clearly, yet the living make the same foolish mistakes again and again, and we, poor spirits, not wholly beyond care, can only watch, having forever lost the ability to intervene.’

Emmanuelle de Maupassant’s language is elegant and direct, never simplistic or condescendingly obvious in spite of occasionally meandering towards preciousness, at times a little too dainty—at least to my taste. The style is consistent—very important!—concise and to the point without venturing off on tangents. The author has done a great deal of research into Slavic folkways, customs and cuisine, and clearly loves the material she is working with—an affection that shines through on every page.