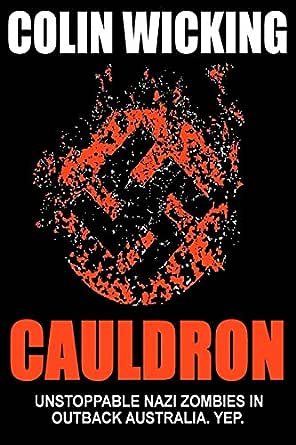 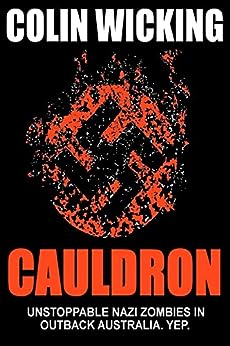 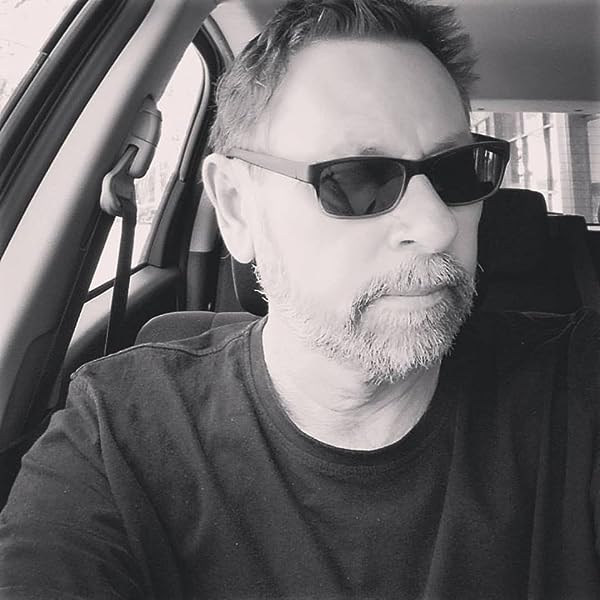 Two men stand guard over the entrance to a forgotten Cold War bunker. There’s something down there. Something locked behind ancient steel doors. Something that scrapes around in the dark. If you come looking for it, you die.

Naturally, somebody comes looking for it…

Not so best-selling author Ross Vittachi becomes convinced a lost Nazi artefact – a golden cauldron once in the hands of Heinrich Himmler – may be hidden somewhere in Outback Australia, and he’s on a mission to find it.

Teaming with newspaper reporter Larry Kirby and Larry’s no-nonsense girlfriend, Jasmine ‘Jazz’ Reilly, Vittachi embarks on an unlikely hunt for Nazi treasure – a hunt that will soon see them chopping their way through hordes of ravenous, reanimated corpses and straight into the malevolent heart of the Third Reich’s darkest secret.

Devan Sabaratnam
5.0 out of 5 stars A rollicking read that will keep you turning the pages...
5 January 2017
Format: Kindle EditionVerified Purchase
It's been a long time since I have read a book that I've had trouble putting down, but "Cauldron" fits that category. Pretty much from the first page, you are taken, well, actually, you are figuratively grabbed by the collar and dragged along, on a raucous, action filled, sometimes hilarious adventure that never seems to stop to take a breath (a bit like the zombies actually).

Colin has a great writing style that lets you own imagination fill in the blanks. No overly flowery language or descriptive lectures that interrupt the flow of the story, but just enough to lend atmosphere and excitement that keeps you saying "Oh, just ONE more page before I go to bed" that results in another three chapters going by before you know it.

This book has plenty of loveable characters (yes, even some of the Nazi ones are eerily charming), plot twists, action and bad jokes (kudos to Colin for turning "Bucks Fizz" and "Flock of Seagulls" into actual utterances of profanity) for me to say - "Just go and buy a copy and read it".

WARNING: Do not read if you are on a camping holiday in the Australian outback near a mysterious looking 'hill'.

As another reviewer has said, it is probably just quirky enough to become a cult classic. I can see Simon Pegg and Nick Frost buying the movie rights to this. ;-)
Read more
Helpful
Comment Report abuse

Amazon Customer
4.0 out of 5 stars A good read. Just the thing for travelling (especially if you're in the outback camping)! :)
25 November 2016
Format: Kindle EditionVerified Purchase
Colins' novel is an entertaining read, and should be read in with tongue in cheek, much like his comics for the NT News. The book flows seamlessly through it's plot and provides plenty of action, humour and a few twists and turns for good measure. This was a great book for reading while I was travelling, as it was easy to pick up from where I left off. A lot of the descriptive works that might accompany a heavier novel are absent, but this means the readers imagination fills in the gaps more and immerses them deeper into his sick humorous twisted world.

I hope this is not his last book by any means.
Read more
Helpful
Comment Report abuse

Amazon Customer
5.0 out of 5 stars Nazi zombies saggy
28 July 2016
Format: Kindle EditionVerified Purchase
I throughly enjoyed the book. Not being much of a reader I was attracted by the fact it was nazi zombies in the outback of our beautiful country. Doesn't get much more interesting then that! There were a few times where the book took turns that I don't usually associate with the 'zombie' style however it very quickly got back on track and kept me interested until the very end. I'd recommend this book for anyone with a keen interest in zombies
Read more
Helpful
Comment Report abuse

Batman
4.0 out of 5 stars A fun read
14 January 2018
Format: Kindle EditionVerified Purchase
Inspired by B-grade horror movies, this story has everything you want from one: a remote location cut off from the world, evil Nazis, supernatural forces, and zombie monkeys.

A fun read but watch out for the emus!
Read more
Helpful
Comment Report abuse

Mel Charles
4.0 out of 5 stars BUY IT NOW!!
8 October 2019
Format: Kindle EditionVerified Purchase
One word. Wow. This book has everything you were looking for. Nazis, zombies, Nazi zombies and emus. This would make a great movie.
Read more
Helpful
Comment Report abuse

Robin
5.0 out of 5 stars Loved it!
29 March 2016
Format: Kindle EditionVerified Purchase
This is a very silly book. It has no literary merit and will not win the Booker or Nobel prizes. I loved it. Did mention its silly (though surprisingly well written)?
Read more
Helpful
Comment Report abuse

Keiran
5.0 out of 5 stars Very Wicking.
14 November 2016
Format: Kindle EditionVerified Purchase
After a lifetime of reading Colin's cartoons, I was intrigued about his foray into writing. I must say that i am not at all disappointed. Colin has transcended his humour from illustration to the written word. Well done Colin.
Read more
Helpful
Comment Report abuse
See all 29 customer reviews
Write a customer review

Go to Amazon.com to see all 16 reviews 4.8 out of 5 stars
Get FREE delivery with Amazon Prime
Prime members enjoy FREE Delivery and exclusive access to movies, TV shows, music, Kindle e-books, Twitch Prime, and more.
> Get Started
Back to top
Get to Know Us
Make Money with Us
Let Us Help You
And don't forget:
© 1996-2020, Amazon.com, Inc. or its affiliates