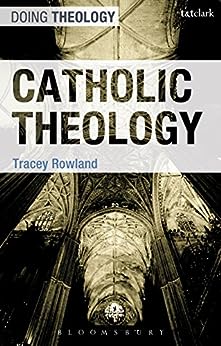 by Tracey Rowland (Author) Format: Kindle Edition
See all formats and editions
Sorry, there was a problem loading this page. Try again.
Rowland showcases here the dominant contemporary approaches to doing Catholic theology. Chapter 1 offers a summary of the two International Theological Commission (ITC) documents on the discipline of Catholic theology. These documents set out the general principles which should govern any approach to Catholic theology (at least according to the ITC). The subsequent chapters each focus on one of four different approaches frequently found in contemporary Catholic academies: the approach of Thomists, members of the Communio milieu, members of the Concilium milieu and promoters of different varieties of Liberation Theology.
Rowland's work is pitched at the level of first time students of theology who are trying to make sense of the methodological choices which undergird the different approaches to Catholic theology.
Rowland concludes with four appendices: a list of all Doctors of the Church, a list of all encyclicals since the 19th century, a list of the documents of the Second Vatican Council, and a list of definitions of the various Christological heresies which were the subject of the debates of the early Church Councils.
These appendices will provide useful reference tables for young scholars, including seminarians.
Read more
Previous page
Next page
Kindle e-Readers
Kindle Fire Tablets
Free Kindle Reading Apps
See all supported devices

It is hard to think of a better introduction to contemporary Catholic theology. (Church of England Newspaper 2017-03-14)

Rowland, one of the finest Catholic theologians writing today, combines fundamental and historical theology, offers a wide range of insights into numerous theologians and movements, and provides an informative tour of the most significant schools of modern theology. (Catholic Herald 2017-05-02)

Puzzled about the nature of Catholic theology and what is at stake in arriving at a decisive, informed and robust answer? Tracey Rowland is both an outstanding guide to this complex theological field as well as a passionate and thoughtful advocate for a position within that field. Rowland is lucid and engaging in her prose, widely read and intelligently faithful to revelation and its ecclesial nature. It is little wonder that Rowland was made a member pf the International Theological Commission. This is an indispensable help to new students and seasoned theologians. (Gavin D'Costa, University of Bristol, UK)

In terms of recent Catholic Theology (and by that I mean the last 130 years) this is the best introduction yet written, without doubt. The clear, lucid style, married to encyclopaedic knowledge of all the in and outs of Catholic Theology is a sheer delight, and an amazing teaching aid. But more than that, Rowland offers a double gift insofar as this work is itself a most interesting work of theology. I could not recommend this book highly enough. (Conor Cunningham, University of Nottingham, UK) --This text refers to the hardcover edition.

An introduction for students on the Catholic tradition of doing theology. --This text refers to the hardcover edition.

Tracey Rowland holds the St John Paul II Chair of Theology at the University of Notre Dame, Australia and is a member of the International Theological Commission. --This text refers to the hardcover edition.
Read more

Mr Vincent D Twomey
5.0 out of 5 stars Clarity in a Time of Theological Confusion
Reviewed in the United Kingdom on 6 November 2017
Verified Purchase
It is a superb tour d'horizon of contemporary Catholic theology, written with great clarity and objectivity, a veritable mine of information and perceptive analysis . But above all, the author has succeeded in succinctly presenting, critically and lucidly, the major trends characteristic of all contemporary schools of theology under the headings of four general categories,: Thomist theologies, Communio theologians, Concilium theologians, and Liberation theologies. She situations the various schools of Catholic theology within an overall historico-theological perspective that is illuminating - culminating in Chapter 5 on Liberation Theology and the Papacy of Francis, which is particularly enlightening.
Read more
2 people found this helpful
Report abuse

St Comgall
5.0 out of 5 stars Not for the uninitiated
Reviewed in the United Kingdom on 12 May 2020
Verified Purchase
This is a well written and well organised analysis, but it is not an easy read nor is it for the beginner. Those without a background in philosophy and theology will struggle to understand much of what is written.
Read more
Report abuse

John McManamon
2.0 out of 5 stars NOT for beginners
Reviewed in the United States on 6 August 2020
Verified Purchase
This (as other reviewers have noted) is "probably" an excellent book. I say this because as a first year student entering a permanent diaconate program, I found this book to be totally inaccessible to a "beginner" like me.

I constantly see texts like this referred to as "great for beginners" when they are anything but. I suppose it depends on one's definition of a "beginner" to the study of theology. if you are already an academic with a grounding in philosophy, Church history, and (probably) some scriptural studies, and have not yet begun the ascent up the mountain of theology - you could be called a beginner for which this book may very well be a good introduction.

If you are a "person-in-the-pew" (even with a graduate degree in an unrelated field), you are NOT a beginner and this text (like all the others claiming the same nonsense) is useless.

This writing is typical of theological books where their audience isn't the person-in-the-pew because they've never had to give a homily. (And if they ever did and used terms like "Thomism" and "epistemology", I'd be the first in line to run them off the ambo and out the back door.) Instead, their audience is the peer-review community where they all speak the same inaccessible language. It's up to others to translate this closed-off language into something that's relevant to the man/woman in the congregation dealing with real issues and don't live in the ivory tower of academia. For those trying to understand it so we can translate it into everyday concerns, this text is not going to help.

Maybe that's not what the book is claiming to do, but don't tell me it's good for beginners and then proceed to write in a way that is beyond the grasp of the average person.

So let's be clear for those considering this book (and probably 99% of any other book on theology), you are NOT a beginner, which the description above claims to be helping, if you are not already versed in philosophy and Church history at the very least.
Read more
2 people found this helpful
Report abuse

Pseudo D
4.0 out of 5 stars Systematic Theology Takes Pope Francis Into Account
Reviewed in the United States on 10 December 2017
Verified Purchase
Tracey Rowland, like Tom Weinandy, is a member of the International Theological Commission and was actually
named by Pope Francis in 2014 I believe. This book is the first general reflection on Catholic systematic
theology that I have seen that takes into account Pope Francis, who obviously is not a systematic theologian.
The book has a discussion of Thomism, which was long the dominant philosophical and theological force
in Catholic thought, and in the late 19th and early 20th century took the form known as "neo-Scholasticism".
As Fergus Kerr noted in "Twentieth Century Catholic Theologians", almost every major Catholic theologian
at the time of Vatican II was reacting against neo-Scholasticism. Rusty Reno in reviewing that book tried
to show some of the benefits of Thomism, and Aidan Nichols in "Reason With Piety" showed the positive
aspects of studying Reginald Garrigou-Lagrange, a key figure in early to mid 20th century neo-Scholastic
thought. Garrigou was in conflict with "la nouvelle theologie", the neo theology centered around figures
like Henri de Lubac and Yves Congar. Rowland then traces the two divergent strands after Vatican II,
which both rose up in reaction to neo-Scholasticism. These were the "communio" of Henri de Lubac,
Hans Urs von Balthasar and Joseph Ratzinger, and the "concilium", which wanted to keep Vatican II's
atmosphere of change going indefinitely and was led by Karl Rahner, Edward Schillebeeckx and Hans
Kung (even though Rahner and Kung themselves disagreed on a lot). The communio crowd was devoted
to "resourcement", going back to the sources of the early Church Fathers like Augustine and Origen, while
the concilium was more prioritizing the "aggiornamento", the updating that John XXIII called for. Toward
the end of the book, Tracey Rowland discusses liberation theology. Pope Francis, like John Paul II, was
seen as being against liberation theology. This is only partially true, as he obviously uses a lot of liberation-
sounding rhetoric. He was against Marxist liberation theology, but he favored the "theology of the people",
which was a Peronist and populist version of liberation theology. This is essential to understanding the
Bergoglio pontificate. Rowland's criticism isn't quite as direct as Fr. Weinandy's letter to Pope Francis,
but it's remarkable that both remain on the theological commission.
Read more
14 people found this helpful
Report abuse

Sherry M.
5.0 out of 5 stars Helpful book for these challenging times.
Reviewed in the United States on 27 July 2017
Verified Purchase
This is an excellent book. It is helpful for people trying to understand the conflicting views of current theologians and clergy. It is well-organized and non-theologians will find it relatively easy to understand. I am grateful that Tracey Rowland wrote this book at this time.
Read more
6 people found this helpful
Report abuse
See all reviews
Back to top
Get to Know Us
Make Money with Us
Let Us Help You
And don't forget:
© 1996-2022, Amazon.com, Inc. or its affiliates